This is the sixth post in our Millennials in Retirement Series, which explores how today’s young people will fare in retirement. Read the first, second, third, fourth, and fifth installments of the series.

Millennials as a group have their own special characteristics. They flock to cities, enjoy craft beer, and have even sparked a vinyl revival. But did you know that the Millennial generation is the most racially diverse in U.S. history? There are also many more Millennials than Baby Boomers, which means that the population of retirees is on track to increase greatly. Both of these factors could pose a unique set of challenges to the American retirement system.

Over the next 50 years, the population of Americans aged 62 and older is projected to nearly double, increasing from 58 million to over 112 million, according to new projections that the Urban Institute prepared for the Bipartisan Policy Center. Most of this growth will likely occur among the 75+ population, which is forecast to nearly triple by 2065 (from 19 million to 54 million). During that time, the share of Americans aged 85 and older will also grow significantly, from 10 to 17 percent of the population over the age of 62. 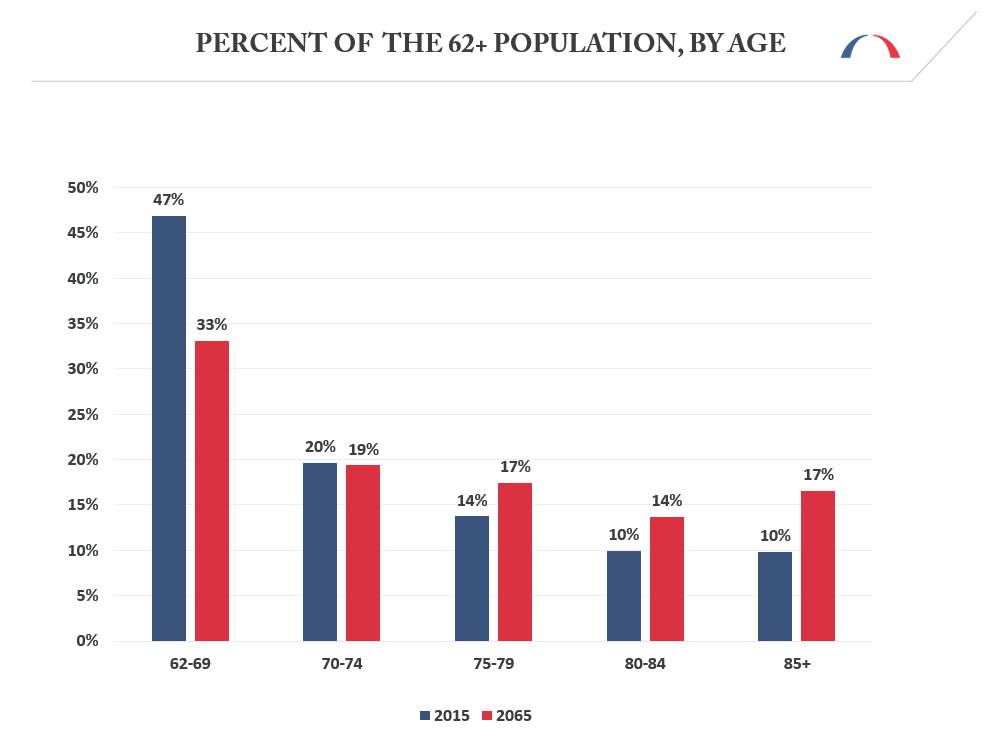 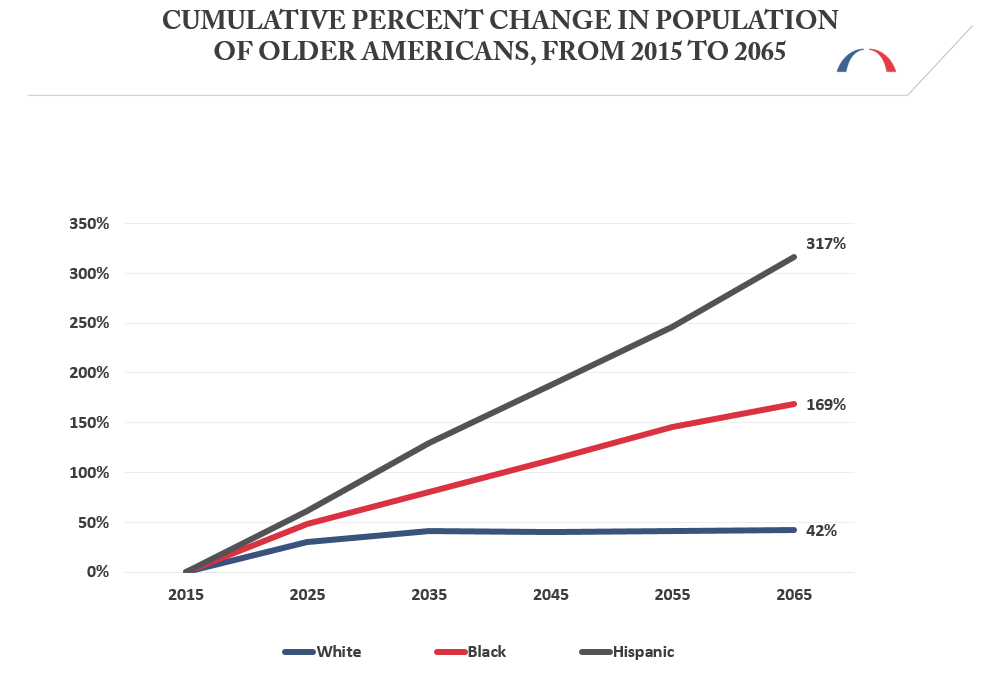 Aging and increased diversity have implications for retirement security. As the population ages, demand will grow for long-term services and supports (LTSS), which are non-medical services to help Americans who need assistance with activities of daily living, such as dressing, bathing, and managing medication. An estimated 70 percent of the group of Americans turning age 65 will require LTSS at some point in the future, and paying for these services can easily drain retirement savings and strain government coffers. These are complex issues, as detailed in our previous blog. According to the Congressional Budget Office, total formal spending on LTSS among individuals aged 65+ could grow to 3.3 percent of gross domestic product (GDP) by 2050, up from 1.3 percent in 2010.1

With regard to diversity, Hispanics and African Americans typically earn less, accumulate fewer savings, and are more likely to experience poverty than white Americans. These disparities during the working years contribute to inadequate income and savings during retirement. A growing share of the older population could thus be increasingly reliant on Social Security as their primary or only source of income in retirement. Unfortunately, the program is under-funded and running a deficit, with its trust funds set to be exhausted by 2034, absent policy changes.

Millennials will indeed alter the retirement landscape. Their diversity and increased longevity are positive signs of our country’s growth and prosperity. Yet, the changing demographics of older Americans could pose significant challenges for government leaders, policymakers, individuals and families. Ultimately, these issues are not going away, meaning that policymakers must take action to meet the demands of this shifting retirement landscape.

1 This includes spending by the federal government, states, and individuals (but not uncompensated care by relatives or others).

Millennials in Retirement: What Will Happen to Social Security?

Millennials in Retirement: How Does Social Security Redistribute Earnings?