A nuclear weapons?capable Islamic Republic of Iran,” the Bipartisan Policy Center’s Iran Task Force argued six years ago, “is strategically untenable.” With the Middle East gripped by instability and seemingly poised on the brink of regional sectarian conflict, that assessment holds even more truth today. After more than a decade of intermittent and unsuccessful negotiations on the future of Iran’s nuclear program, the Joint Plan of Action (JPA)?a six-month-long confidence-building agreement signed by Iran and six world powers in Geneva in November 2013?has provided the best opportunity to date for preventing this untenable scenario peacefully and diplomatically.

With the JPA set to expire on July 20, 2014, the world will soon learn what has been made of this opportunity? whether a comprehensive deal has been reached, the JPA extended for another six-month period while negotiations continue, or if, as has happened all too often before, talks collapse. Yet, for such a momentous issue, there is relatively little information available to the public to know how to judge and react to the events that unfold around the critical July 20 deadline. “No deal is better than a bad deal,” is a refrain that has been repeated by members of Congress from both sides of the aisle; high-ranking Obama administration officials, including Secretary of State John Kerry and chief nuclear negotiator Wendy Sherman; and numerous experts. But, despite such pronouncements, there is very little publicly available information on what might separate a “bad deal” from a good one.

Part of the problem is the technical nature of the issue. Questions involving how many centrifuges Iran should be allowed to operate or how much enriched uranium it can stockpile are inscrutable for those not steeped in nuclear engineering. Similarly, the intricacies of inspections regimes and sanctions relief do not make for good sound bites. Addressing such complexity requires a longer and more open public discussion than has been had on such a critical national security challenge; and that, too, is part of the problem.

This paper aims to fill in part of this gap by highlighting the major issues that any comprehensive agreement with Iran will have to address and by providing some reference points?the current status of Iran’s nuclear program, past administration and congressional proposals for reining in that program, and expert proposals for a “good” deal?by which to judge any deal that might be struck. 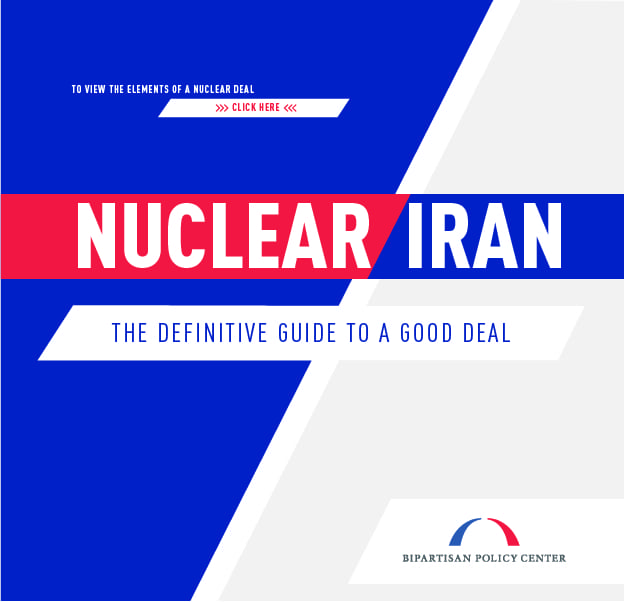 The Price of Inaction: An Analysis of Energy and Economic Effects of a Nuclear Iran