More and more, standard operating procedure in Congress seems to employ “creative” accounting methods to game the system and get around defense spending caps.

The latest sticking point in the running saga over the sequester is flaring up in the Senate as Republicans try to circumvent the austere caps by allocating additional funds for base-budget operations through a war funding account. In any other venue, this approach would be recognized as a gimmick. Congress should pass clean bills for defense funding before the end of the fiscal year to ensure that our armed forces have the certainty and support that they deserve.

How did we get here? In 2011, the Budget Control Act (BCA) imposed annual caps on both defense and non-defense discretionary spending through 2021. The act was also supposed to incentivize lawmakers to compromise on a long-term debt-reduction plan by threatening to lower those annual caps even further and enforce them through across-the-board cuts (known as sequestration) to discretionary accounts. When Congress failed to compromise on additional deficit reduction, the lower caps were triggered and those automatic cuts took effect in Fiscal Year (FY) 2013.

Since then, the caps have proven effective?and damagingly so. Even with the modest relief provided by the “Murray-Ryan agreement” at the end of 2013, both defense and non-defense discretionary spending are nearing their lowest points as a percentage of gross domestic product (GDP) since 1965. These austere budgets have left Congress and the Department of Defense (DoD) scrambling to maintain funding for national defense priorities and domestic investments. 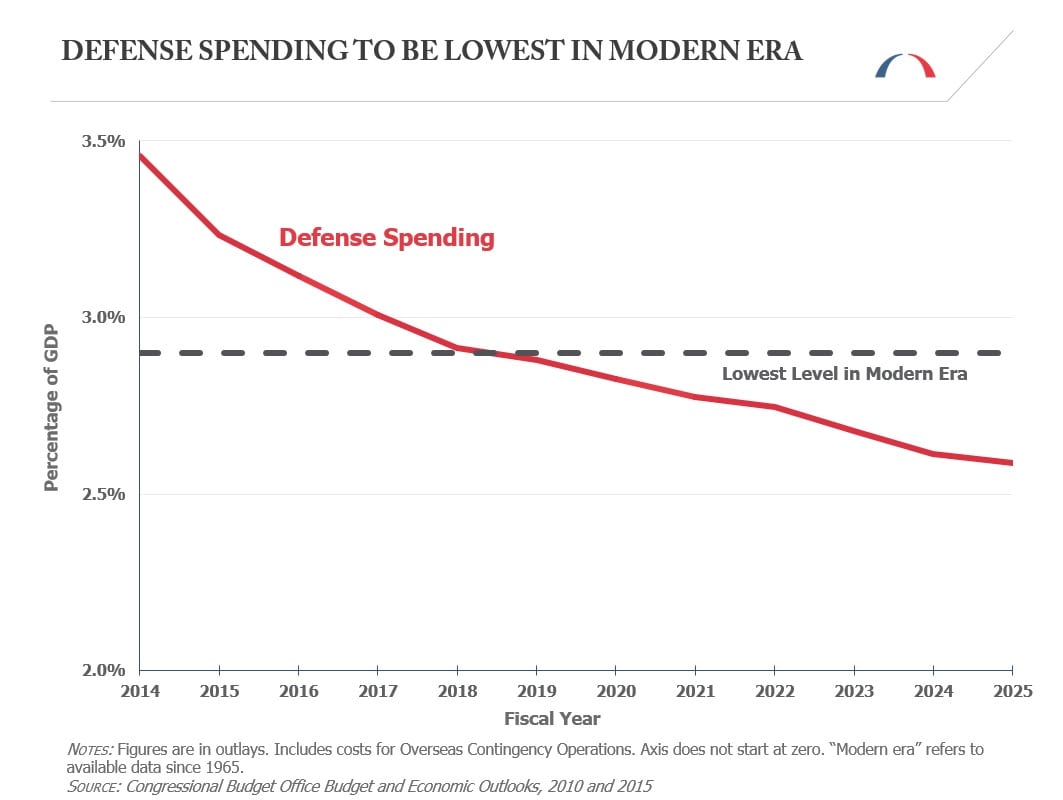 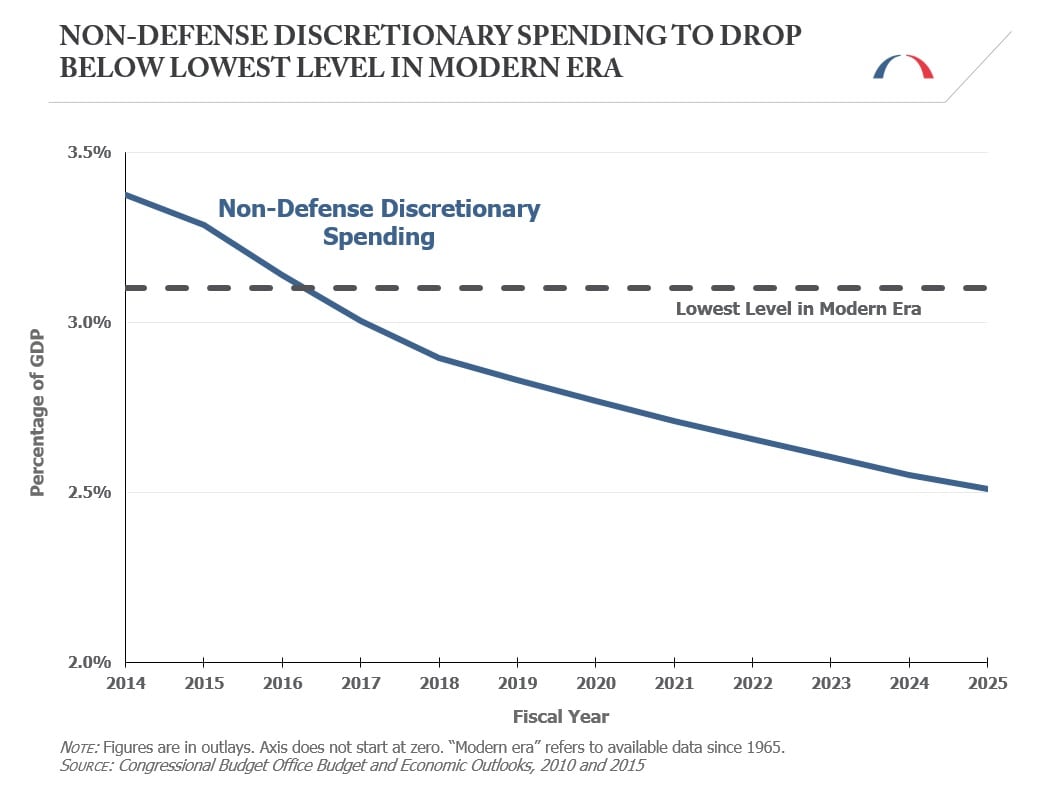 One portion of defense spending, however, is exempt from the stringent sequester caps: the Overseas Contingency Operations (OCO) account. OCO was established in 2002 to cover expenses related to the War on Terror. OCO spending currently supports ongoing operations in Iraq and Afghanistan, civilian-led missions, and other related, extraordinary expenses.

In recent years?and especially over the last few, as the caps have squeezed the base defense budget?DoD has resorted to shifting base budget costs over to OCO, due to its unrestricted nature and the fact that it is politically difficult for policymakers to oppose. By moving certain functions to OCO, appropriators are able to spend beyond the sequester level while technically abiding by the spending cap. In other words, this is a shell game. 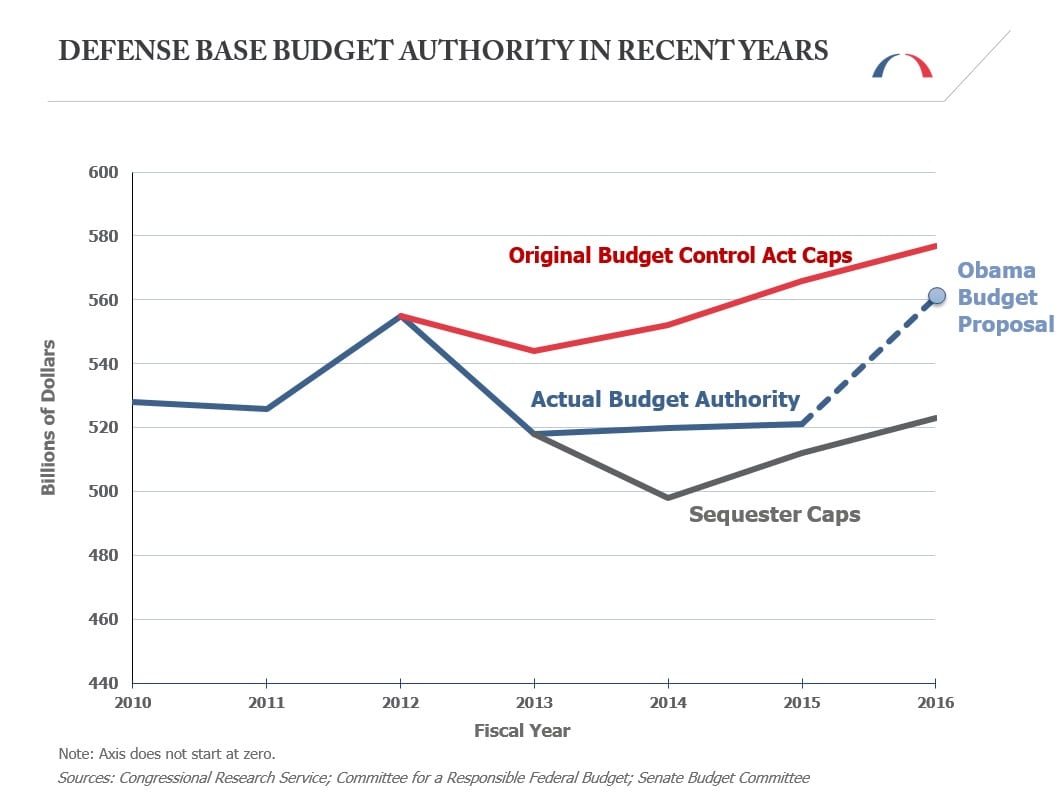 Unfortunately, Congress is proposing to take this largely discreet internal DoD tactic and codify it. The National Defense Authorization Act (NDAA), as passed by the Senate this week and as passed by the House last month, moves $38 billion that would normally be in DoD’s base funding over to OCO in order to avoid the caps. (The legislation is now in conference.) 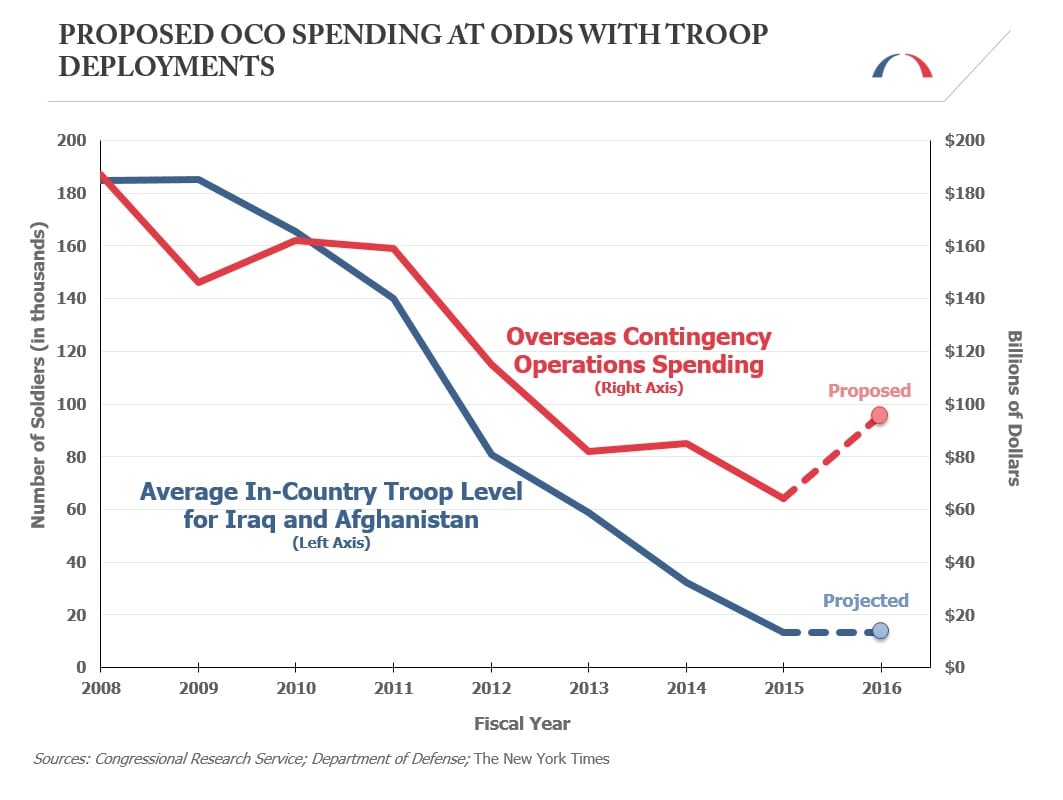 This approach has received criticism from both sides of the aisle. Shifting funds into OCO is emblematic of the budget gimmicks that Congress regularly employs to avoid making tough decisions on long-term solutions. The current NDAA will exacerbate this trend and turn it into sanctioned legislative policy. Worse, extra OCO spending raises the deficit when not accompanied by offsetting spending cuts or tax increases, and this comes at a time when current fiscal policy is already on an unsustainable path.

To restore the integrity of the budget process, Congress should act on military spending before the start of FY 2016 (October 1 of this year) without resorting to another continuing resolution or the use of gimmicks. The sequester caps raise serious concerns over whether our federal budget is allocating sufficient funds to our military priorities and domestic investments. Instead of employing gimmicks, policymakers should renew the type of negotiations that led to the Murray-Ryan deal and determine the appropriate relaxation of those caps in order to support these vital portions of our budget. Further, adjustments to discretionary spending must be considered in the context of our long-run fiscal problems, which require reforms to our entitlements, an overhaul of our outdated tax code, and reductions in spending on lower-priority programs.

An old saying warns that the cure is sometimes worse than the disease, and the sequester debate in many ways exemplifies that truism. The ineffective threat of across-the-board spending cuts was designed to force Congress to evaluate its fiscal priorities. Instead, the austere discretionary caps have controlled spending in an irresponsible way while encouraging Congress to game the system. The federal government’s finances should not continue to be toyed with in this way?policymakers should find a sustainable solution.

Senate Defense Bill: The Good, The Bad and The Ugly

Which Metro Areas Are Seeing Rising Rents and Home Prices? All of Them