Since the Cold War, the United States and Turkey have had a strong partnership based on shared strategic interests and aspirations towards sharing the same values. This alliance continued even after the collapse of Soviet Union, the geopolitical threat that Washington and Ankara faced together. For the last quarter century Turkey has been touted as the United States’ closest partner in the Middle East, a status cemented by its participation in the 1991 Gulf War, and an example of democracy and stability for the rest of the region. Today, however, the reality is entirely different. No longer is Turkey a dependable U.S. ally; U.S. policy needs to adjust accordingly.

As the United States deals with an unraveling Middle East?particularly the threat of the terrorist group calling itself the Islamic State (ISIS), but also a wider sectarian conflict in Iraq and Syria, an escalating civil war in Yemen, and a power struggle between Iran and Saudi Arabia playing out in all these arenas?Turkey is largely absent, at best, or directly undermining U.S. interests, at worst. Moreover, the ruling Justice and Development Party’s (AKP) attacks on judicial independence, freedom of speech, and rule of law move Turkey further and further away from the democratic values that used to set Turkey apart in the Middle East. In light of these developments, the United States may have to look elsewhere for a reliable strategic partner in the region.

In 2013, the Bipartisan Policy Center’s Turkey Task Force released a report noting a growing mismatch in U.S. and Turkish priorities in response to a series of critical regional challenges?most notably in Syria, but also in Iraq, Israel, and Cyprus?challenges that were not being addressed frankly by either side. Given these emerging differences on foreign policy and in the aftermath of the Gezi Park protests, the task force recommended that, for the United States to maintain this historic partnership, it would need to give up its practice of unilaterally praising Turkey, especially when that rhetoric did not correspond with reality. Optimistic that this rough patch in the U.S.-Turkish relationship could be managed, the report suggested that, “American policymakers should recognize these differences and the challenges currently facing Turkey and their implications for greater U.S.-Turkish cooperation. Rather than eliding these concerns, U.S. policy should move away from rhetoric and toward a realistic assessment and dialogue about the state of the relationship with Turkey.” 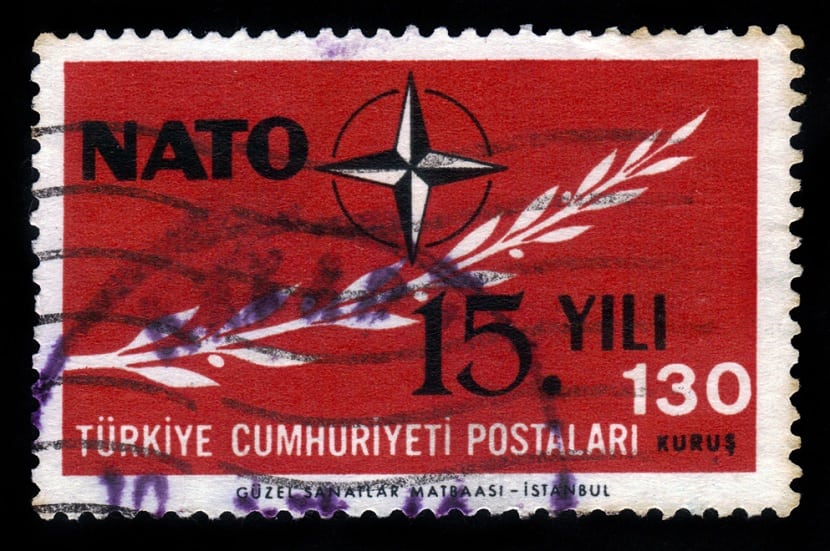 Since 2013, however, the rift between Washington and Ankara has only widened. It is the task force’s express hope that it be healed one day, but they are no longer sure that this can be done in the near-term. Nor is it certain that a change in rhetoric or even a period of “benign neglect” would suffice, at this point, to put the relationship back on track. Turkey’s leaders are increasingly charting a course that runs opposite that of the United States?centralizing power at home in a drive towards an Islamist, strongman authoritarianism with neither constitutional limits nor institutional checks and balances and supporting radical Sunni Islamists at the expense of peace and stability in the region.

With conflict spreading throughout the region, now more than ever, the United States is in need of strong and committed partners in the Middle East. Despite the strong relationship that the United States and Turkey once shared, Turkey’s more recent actions show that it can no longer be counted upon to be the ally it once was. Turkey, which has documented connections to extremist groups in Syria, has absented itself from the fight against ISIS. It has failed to secure the length of its 560 mile with Syria against the tide of extremists?though when Kurdish fighters wanted to cross Turkish territory in order to defend against ISIS, Turkey barred their way. Most notably, Turkey has refused to allow U.S. coalition forces to use its airbase at Incirlik, even for combat search and rescue missions. This decision by Ankara, a member of the North Atlantic Treaty Organization, not only reduces the effectiveness of the campaign against ISIS, but it places the lives of American and allied forces at risk.

The divergence between U.S. and Turkish foreign policy continues outside the Middle East as well. Not only has Turkey refused to participate in the U.S. and EU sanctions regime against Russia in response to its aggression in Ukraine, but Turkey has also moved closer to Russia. Against prevailing Western sentiment, Turkey aims to increase trade with Russia?and strengthen their energy partnership. When worsening relations with Europe caused Russian President Vladimir Putin to cancel the proposed South Stream gas pipeline that would have traversed Bulgaria, Putin and Erdo?an announced an alternative pipeline, called Turkish Stream, which would transport Russian gas to Europe via Turkey.

Additionally, Ankara continues to pursue a deal for a domestic missile defense system with a Chinese company that is under U.S. sanctions for its dealings with Iran and whose product would be incompatible with NATO systems already in place. And though Turkey remains committed to joining the European Union in rhetoric, its domestic policies have all but put EU accession out of reach.

Indeed, Turkey’s domestic politics also put it increasingly at odds with the United States. Since his election to the presidency in August 2014, Turkish President Recep Tayyip Erdo?an has made no secret of his aspiration to change Turkey’s constitution in order to create a strong presidency so that he can rule the country single-handedly and uncontested. The AKP-dominated parliament has helped lay the groundwork for Erdo?an’s vision of a “New Turkey,” and eradicate any potential adversaries, by repeatedly increasing the powers of the government and eroding fundamental freedoms. Legislative changes in 2014 allowed Erdo?an’s government to assert its dominance over Turkey’s judiciary. Other new laws passed since then have greatly expanded police power, including allowing police to conduct searches, take suspects into custody, and conduct wiretaps without a court order. These changes have empowered the government to act against its critics?most notably in a series of arrests of members of the free press in January 2015?and to bury allegations against it, including widespread accusations of corruption and charges of using its National Intelligence Organization to ship weapons to extremist groups in Syria. 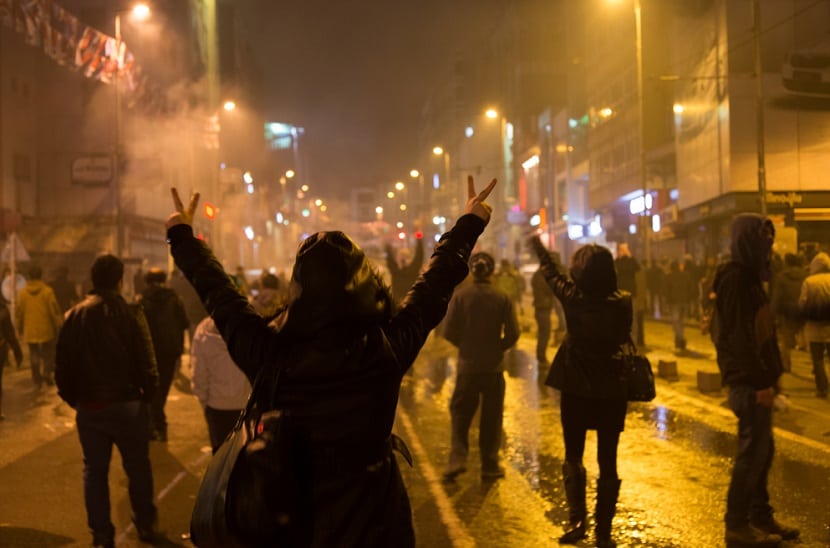 Nor is this dismantling of Turkey’s democratic institutions the sole extent of the AKP’s plan. Demonstrating that he is not simply an aspiring dictator bent on power for power’s sake but rather one imbued with a unique ideological agenda, Erdo?an is also seeking to remake Turkish society to achieve an Ottoman-tinged Islamist state inhabited by a “pious generation.” He has already ushered in significant reforms to the educational system, expanding mandatory religious education in all schools and effectively forcing tens of thousands of students into religious schools without their consent. Next, he plans to require all students to learn Ottomanera Turkish. The government has also watched and done little, except issue sexist statements, as protections for women have crumbled and domestic violence has exploded. Indeed, AKP actions are beginning to progress from politically polarizing to socially combustible as any attempt at free expression, let alone criticism, is systematically outlawed.

Finally, with the country increasingly tense ahead of June 7, 2015 parliamentary elections that will likely determine whether Erdo?an will be able to achieve his “New Turkey,” government attempts to influence the Central Bank and major industrial groups are helping weaken Turkey’s remaining bright spot?its economy.

Seek a base in Kurdish Regional Government territory. Turkey’s continued refusal to allow access to its Incirlik airbase has forced the United States to fly missions out of the Gulf, dampening the effectiveness of the U.S. air campaign against ISIS. Seeking an alternative to Incirlik in KRG territory would reduce U.S. reliance on Turkey while also providing similar geographic advantages for operations in Iraq and Syria to combat ISIS.

Organize more airdrops to Syrian Kurds. Organizing more airdrops when the United States has the best possible intelligence to ensure that supplies will not fall into the hands of extremists will have two benefits: first, the United States will be able to support and resupply Kurdish fighters on the front lines in Iraq and Syria; and second, it will communicate to Turkey that the United States is determined to support its partners in the fight against ISIS, with or without Turkish permission or use of Turkish airspace and bases.

Discuss delisting Kurdish groups. With the Kurdistan Workers’ Party (PKK) engaged in a political-solution process with the Turkish government and emerging as a viable partner against ISIS, there is a growing chorus suggesting that the United States and Europe delist the PKK as a terrorist organization.

Look to other regional players. Beyond Turkey, there are several other nations that are playing and could play larger roles in regional politics, such as: Georgia, Azerbaijan, and Jordan.

Stress shared values. Seeking new partners should not mean, however, turning a blind eye to developments in Turkey or remaining silent as Turkey’s democracy continues to unravel.

Focus on electoral fairness. With important parliamentary elections about to take place against a backdrop of tension and political uncertainty, U.S. policymakers should urge the Turkish government to invite international observers to assess the fairness and security of the vote.