This week marks World Breastfeeding Week, when the World Alliance for Breastfeeding Action, the World Health Organization, the United Nations Children’s Fund, and many other organizations across 120 countries celebrate breastfeeding as “the foundation of life.” Here in the United States, dozens of events are taking place as this is the first year that every state now allows public breastfeeding (Idaho and Utah only recently exempted nursing mothers from indecency laws). Despite this delay in nationwide legal support for breastfeeding, the rate of children who are breastfed in the U.S. has increased dramatically over the past few decades. However, the United States still falls in the lowest quartile of countries for breastfeeding rates and the nation continues to experience rising levels of obesity. These statistics show that efforts to increase education and support for breastfeeding moms are more important than ever. 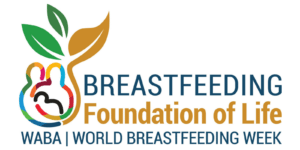 What does the evidence say about the benefits of breastfeeding?

Decades of research show that breast milk is the healthiest option for babies and mothers. One study suggests that for every 597 mothers who breastfeed in the United States, one maternal or child death is averted.

The health effects for breastfed infants include reduced risk of:

For mothers who breastfeed, there is a reduced risk of developing breast cancer, ovarian cancer, and type 2 diabetes, in addition to decreased postpartum bleeding and a quicker return to pre-pregnancy weight. The consequences of choosing breast milk (whenever feasible) over formula extend past health and monetary savings at the individual level; the medical cost of not breastfeeding is estimated to be over $300 billion annually worldwide.

As of 2014, 83 percent of U.S. babies were breastfed at some point with 55 percent still breastfed at 6 months, and 34 percent still breastfed at 12 months. Across the world, rates of exclusive breastfeeding at 6 months vary dramatically from a high of 85 percent in Rwanda to a low of 1 percent in the United Kingdom and Finland. At 19 percent, the United States is in the lowest quartile though quite far from the bottom. Low rates of breastfeeding can be found on every continent, so it’s no surprise that increase rates of breastfeeding is one of the World Health Organization’s global nutrition targets.

What is the United States doing to improve breastfeeding rates?

Despite underwhelming breastfeeding rates in the United States today, the country is doing far better than two generations ago when rates of breastfeeding initiation didn’t even top 30 percent (Figure 1). Many factors have contributed to this steady increase, including cultural shifts that are hard to quantify. Below are details on two large national programs that support breastfeeding?one through the federal government and one purely private sector.

The federal Special Supplemental Nutrition Program for Women, Infants, and Children (WIC) has bipartisan support in Congress and receives an annual appropriation sufficient to support all participants. In Fiscal Year 2018, WIC received $6.18 billion. The program had 8.8 million participants in 2016, of which 7.8 percent were breastfeeding women.

WIC supports breastfeeding in two main ways for program participants. First, low-income mothers who are fully or mostly breastfeeding are eligible to receive vouchers to purchase nutrient-dense foods and beverages for up to a year after giving birth. Second, WIC runs the Breastfeeding Peer Counseling program, which hires and trains low-income women with breastfeeding experience to provide culturally appropriate support for new mothers. The Breastfeeding Peer Counseling program received $60 million in FY2018, with FY2019 appropriations bills both proposing level funding. WIC also includes a nutrition education component for all participants and provides vouchers for infant formula for women who are not breastfeeding, in recognition that breastfeeding is not always possible.

Launched in 1991 by WHO and UNICEF, the Baby-Friendly Hospital Initiative is a global program to improve hospital policies to promote breastfeeding. Hospitals that want to participate must have policies and practices that meet a 20-point checklist that includes teaching all mothers how to breastfeed and only providing formula or other breastmilk substitutes when medically indicated. Over 500 hospitals in the United States are now designated as Baby-Friendly, accounting for over 1 in 4 births annually.

What do we want for the future of breastfeeding policy?

Due to extensive research and focus on this issue in the United States and other countries, high-quality, credible evidence on breastfeeding is readily available. Federal agencies and non-governmental organizations should take steps to ensure that they are good stewards of this evidence to inform sound policy and promote the health of moms and babies in the U.S. and abroad. At a time when obesity and health care costs in the U.S. are increasing dramatically, the health and economic benefits of breastfeeding cannot be understated. Breastfeeding should be thought of as both the “foundation of life” and one of the solutions to these complex problems.

Lots to Lose: How America's Health and Obesity Crisis Threatens our Economic Future