Could there be an improvement in the way Americans view Congress? Our poll says yes if the institution itself is willing to make some changes into the way it currently operates. And the next generation is the most optimistic among us.

BPC, in conjunction with USA TODAY, released today its fourth joint poll of Americans’ attitudes toward aspects of our political system, this time specifically on the U.S. Congress. The poll did find a lot of bipartisan agreement, not surprisingly that Congress as an institution is unpopular. In fact, only about 2 in 10 people approve of Congress and this low reading is double what other recent polls have found.

Still, Americans generally support their individual member of Congress (52%-34%), which is not unexpected as only a handful of members of the House of Representatives represent congressional districts that voted for the presidential candidate of the opposing party in 2012. 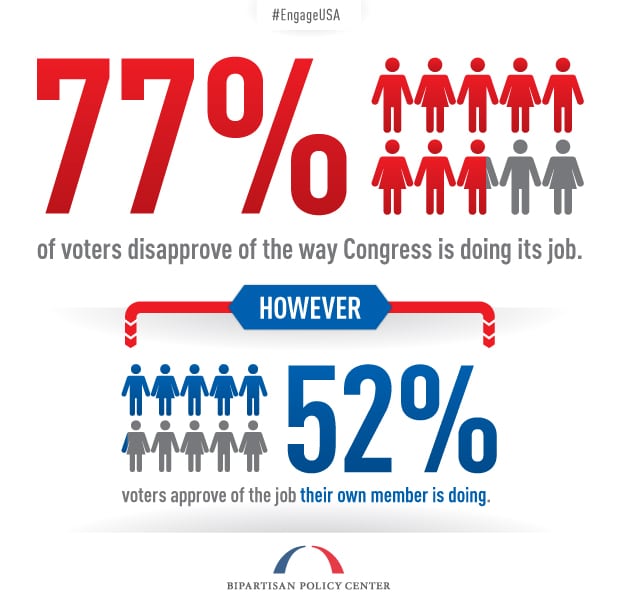 While a majority believes that Congress is more polarized than the electorate (54% to 39%), it is equally clear from the homogenization of our congressional districts that we tend to choose to live in neighborhoods filled with people who agree with our points of view and where there is no need to consider opposing opinions.

BPC’s Commission on Political Reform is at the John F. Kennedy Presidential Library and Museum tomorrow to discuss congressional reform. Before deliberating ways to ameliorate congressional gridlock during a period of intense polarization within Congress and between Congress and the administration, the commission wanted to understand how the American people expect Congress to work.

There are reasons to be hopeful in a largely negative poll, especially when it comes to younger Americans. Americans ages 18-29 showed that they are the most optimistic cohort about Congress as an institution. 36% of younger Americans expect congressional job performance to improve over the next two years, nine percentage points higher than any other age bracket. But to build on this optimism, Congress will need to make some changes that allow the institution to function within the polarized environment. 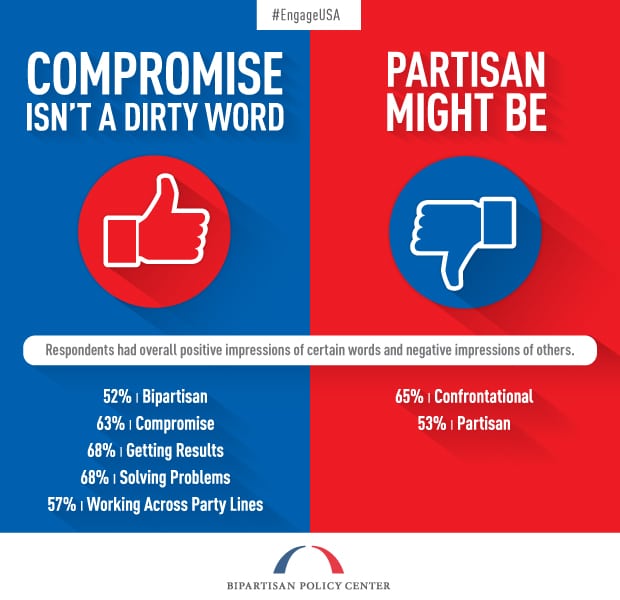 The next generation is looking for a Congress than can get things done. Neither party is immune from young Americans’ blame today and both have the chance to earn their support going forward. Tomorrow’s event is just one step in the commission’s journey toward finding practical solutions for our institutions in a polarized political system. Taken together, the commission’s recommendations can make tangible improvements in how our institutions work, which would encourage Americans back into the arena. The commission is excited to be getting closer to releasing its final report and recommendations on June 24 and looks forward to advocating for them with the public, with nonprofit, religious and corporate leaders, and with local, state, and federal policymakers.

16344
BPC’s Commission on Political Reform is at the John F. Kennedy Presidential Library and Museum tomorrow to discuss congressional reform