Many diverse forces are currently bearing down on the ISIS-occupied city of Mosul in northwestern Iraq. Kurdish peshmerga fighters, Iraqi special operations, military, and police units, and Shiite militias are all participating in the operation to take back Mosul. U.S. special forces are providing support in the form of advising front-line units, sharing intelligence, and calling in air strikes.

The real challenge, Iraqi national unity, may come after the fighting ends.

This coalition has made tremendous progress, advancing to Mosul’s outskirts in just a matter of days. But with such a wide array of forces involved, it bears asking whether they all share the same objectives and interests. Are they all fighting for the same reason and result?

If they are not, and there are strong indications that this is the case, then the greatest challenge might not be liberating Mosul, but what comes afterward. While the United States is concerned with putting Iraq back together, other forces seem to see conquering Mosul as a way to pull it apart. 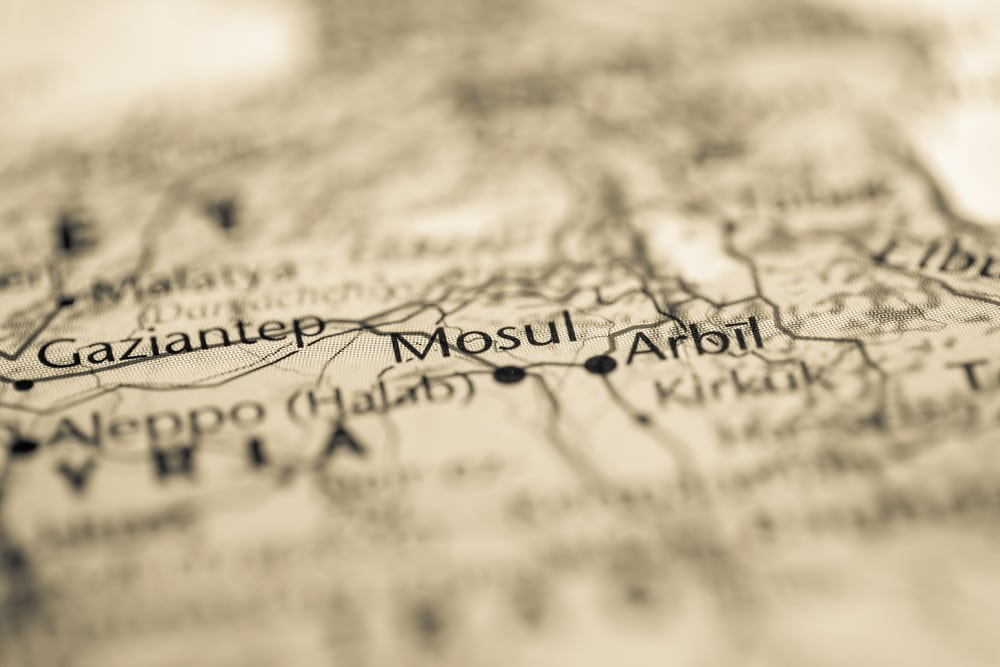 What the United States is fighting for

Retaking Mosul is a critical component of the current U.S. strategy for defeating ISIS. The importance of the city is both tactical and symbolic.

Mosul is the last remaining major populated area that ISIS holds in Iraq. Liberating the city will not immediately spell the end of ISIS in Iraq, but it will help severely weaken the terrorist group. Ousting ISIS from Mosul would diminish its territory, influence, and ability to function. Having lost much of the revenue it generated from selling oil, ISIS has resorted to extorting payments from the people under its control. With more than a million people estimated to remain in Mosul, the city likely provides ISIS with a good share of the some $800 million it is believed to have earned through extortion last year.

Ousting ISIS from Mosul would diminish its territory, influence, and ability to function.

Mosul also sits astride a major highway that connects it to the ISIS capital in Syria and the ultimate prize in the U.S. campaign against ISIS’ Raqqa. Already Syrian and Kurdish forces have closed in on Raqqa from the north and west. Taking Mosul would cut off Raqqa’s supply routes from the east and allow U.S.-allied forces to encircle it before beginning their final push to defeat the terrorist group.

But Mosul is also about more than just logistics and tactics. It was the group’s blitzkrieg capture of Mosul in June 2014 that first catapulted ISIS to international prominence and raised awareness of it as a global threat. Taking the city back would definitively signal that its greatest battlefield successes have been reversed, that the group’s ascendancy is over. This symbolic victory, more than any concern about ISIS’ leaders, who are being targeted in a separate U.S. kill or capture campaign, is one of the main objectives of the Mosul campaign.’ 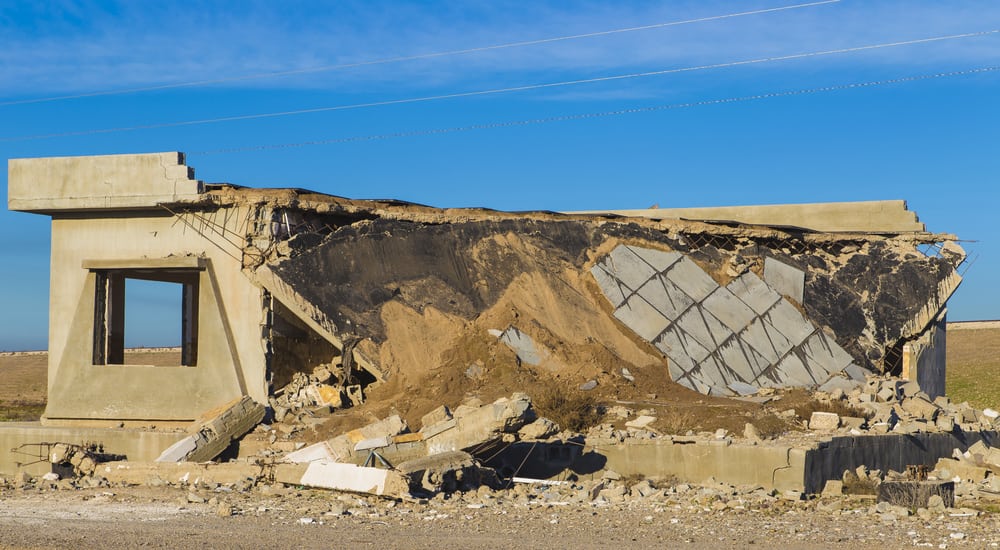 An abandoned home on the outskirts of Mosul (Credit: Shutterstock)

The primary goal is not just symbolic, but political. Given that the Iraqi military put up a meager fight when ISIS first stormed Mosul, ousting the group would at least begin to erase that blot on the Iraqi armed forces’ record and ease concerns that they are unable to protect the country and its citizens. For this reason, how Mosul, a Sunni majority city, is taken back is just as important to U.S. strategy as the act of taking it back. In addition to the fecklessness of Iraqi troops, another reason for ISIS’ early success was burgeoning discontent among Iraqi Sunnis at the increasingly sectarian and oppressive rule of former Prime Minister Nouri al-Maliki’s Shiite-dominated government. ISIS exploited these sectarian fissures to present its rule as more preferable for Iraqi Sunnis than that of the central government in Baghdad.

To repudiate ISIS’ claims for legitimacy, U.S. strategy has focused both on ousting it from Iraqi territory and doing so with an inclusive Iraqi force. This second element is critical to U.S. objectives because of the need to demonstrate both the military ability of the central government as well as its willingness to represent all Iraqis.

How Mosul is taken back is just as important to U.S. strategy as the act of taking it back.

This is why it has taken so long to stage the assault on Mosul. The main consideration was it should be an Iraqi operation, not one undertaken by U.S. forces. But the only Iraqi force that was able and willing to fight ISIS right away were Shiite militias controlled by tribal leaders and clerics and closely allied with Iran. They neither represented the central government in Baghdad nor exhibited much concern for the safety and well-being of Sunni civilians, and therefore did not engender much trust among Sunnis.

Using only Shiite, or for that matter Kurdish forces, to take Mosul could have perpetuated the sectarian tensions that first empowered ISIS. So a sufficient contingent of the Iraqi military first had to be reconstituted and trained. That, and the political haggling over who would play what role in the battle plan and in return for what, is why reaching this point took two years. 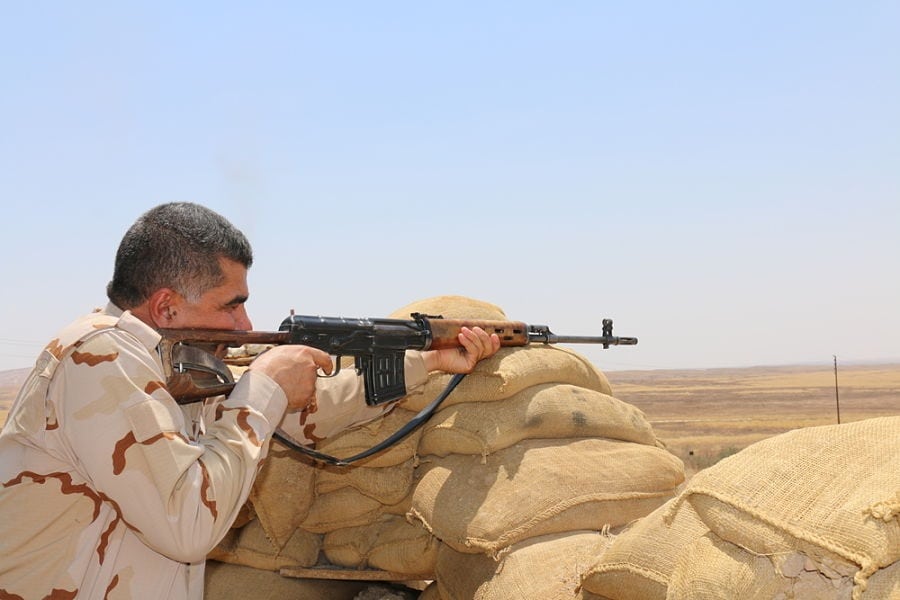 A Kurdish fighter on patrol at a base outside of Mosul (Credit: Shutterstock)

What U.S. partners are fighting for

Not only is the region’s order disintegrating, but the resulting chaos is being seized upon by a number of actors, state and non-state, regional and external, as a carte blanche to remake the Middle East in a way that advances their own interests. Most, if not all, the forces involved in the operation to take back Mosul are acting out of a pursuit of such a broader, longer-term agenda that extends well beyond Mosul.

This is certainly the case with the Iran-backed Shiite militias that have grown in strength and number since the rise of ISIS. Long before Russia decisively entered the Syrian conflict in September 2015, it was arms, training, troops, and support from Iran that kept Syrian President Bashar al-Assad in power. And just as maintaining its influence in Damascus is critical to Iran’s regional strategy, so too is continued sway over Iraqi politics. While some of the gravest excesses of Iranian-supported sectarianism perpetrated by al-Maliki have been tempered, the Shiite militias are much more interested in the suppression of Sunni political power. The dangers of working with these groups is well understood by U.S. leaders, who have sought to limit their role and their ability to undermine Iraqi national unity.

Battlefield success and the resulting closer relationship with Washington has emboldened the Iraqi Kurds to consider independence.

A less pernicious but perhaps as significant agenda is present among Iraqi Kurds. The Kurdistan Regional Government (KRG) in northern Iraq has enjoyed a measure of autonomy and, therefore, some distance from the political problems that have plagued the rest of Iraq. This was made particularly clear by the ability and willingness of the Peshmerga to defend against and then take the fight to ISIS. This success and the resulting closer relationship with Washington has emboldened the KRG to consider independence (a referendum was proposed earlier this year) or at least renegotiate the amount of territory they control and their ties with Baghdad.

Another actor that is not actively participating in the Mosul operation but has designs on the region regardless is Turkey. As my colleague Nick Danforth has written, Turkish President Recep Tayyip Erdogan has recently vehemently exerted his country’s right to keep troops in Iraq and intervene in Mosul if necessary, both as a matter of historical claim and national self-interest. Whether Erdogan, remade into a Sunni Turkish nationalist after having embraced pan-Islamism earlier in his tenure, is only interested in limiting the role of Shiite and Kurds in Mosul or actively expanding Turkish influence, is not yet clear.

The U.S. definition of victory in Mosul is tactical, symbolic, and political. It requires ousting ISIS, thereby discrediting the group as a regional power of any sort, and doing so in a way that promotes Iraqi national unity. But these objectives are all limited to the act of taking Mosul itself. If the U.S. plan is carried out, joint operations between Kurdish, Iraqi military, and Shiite forces, without undue civilian casualties, then, U.S. officials appear to believe, that will accomplish the political goal of restoring a cohesive Iraqi state and restarting its quest for an inclusive society. Retaking Mosul is both the means and end of current U.S. Iraq policy.

America’s definition of victory in Mosul is tactical, symbolic, and political.

But the forces actually involved in this operation have agendas that only begin once the campaign for Mosul is completed. Whether this is the Kurds’ more benign attempt to guarantee greater political rights and economic privileges, Turkey’s still ambiguous but likely damaging desire to exert influence in Iraq, or Iran’s more nefarious quest for expanded regional power, reclaiming Mosul is merely a means to those ends.

This disparity threatens to undermine U.S. objectives and make Mosul both the place where ISIS was defeated and a much broader regional power competition was ignited. Unless U.S. policymakers recognize the much more ambitious goals that almost every other actor in the Middle East is actively pursuing and invest energy and resources into trying to shape and curtail those ambitions, ISIS will not be the last of the region’s problems.

Do the U.S. and Turkey Now Agree on the Top Threat in Syria?

The U.S-Turkish Alliance Is Fraying at the Edges