On April 16, a bitterly contested referendum carried out under unfair, undemocratic conditions and marred by accusations of fraud transformed Turkey’s political system to give Recep Tayyip Erdogan enhanced presidential powers. Erdogan repeatedly promised voters that a presidential system would finally bring Turkey the level of mature democracy and last stability that had previously eluded it. Unfortunately, the destruction of Turkish democracy and an increasingly violent and tumultuous era seems more likely.

To envision what comes next for Turkish politics, electoral and otherwise, the referendum results can serve as a road map. Despite the impact of electoral irregularities, examining the referendum numbers will nonetheless shed light on the current state of Turkey’s main political movements and the choices they now face.

The most striking fact is that there has been little fundamental change to Turkey’s political landscape: Half the country supports Erdogan, and half opposes him. Amid mounting instability and economic uncertainty, Erdogan has preserved the support of his base and even secured a slight increase in support from both Kurds and Turkish nationalists. But at the same time, even his increasingly authoritarian measures have failed to co-opt or silence a vocal and varied opposition. This suggests that Erdogan will have little reason to soften his current approach to politics?but it also means he will have little hope of peacefully managing the country’s divides.

To envision what comes next for Turkish politics, electoral and otherwise, the referendum results can serve as a road map.”

Support and Opposition by Province 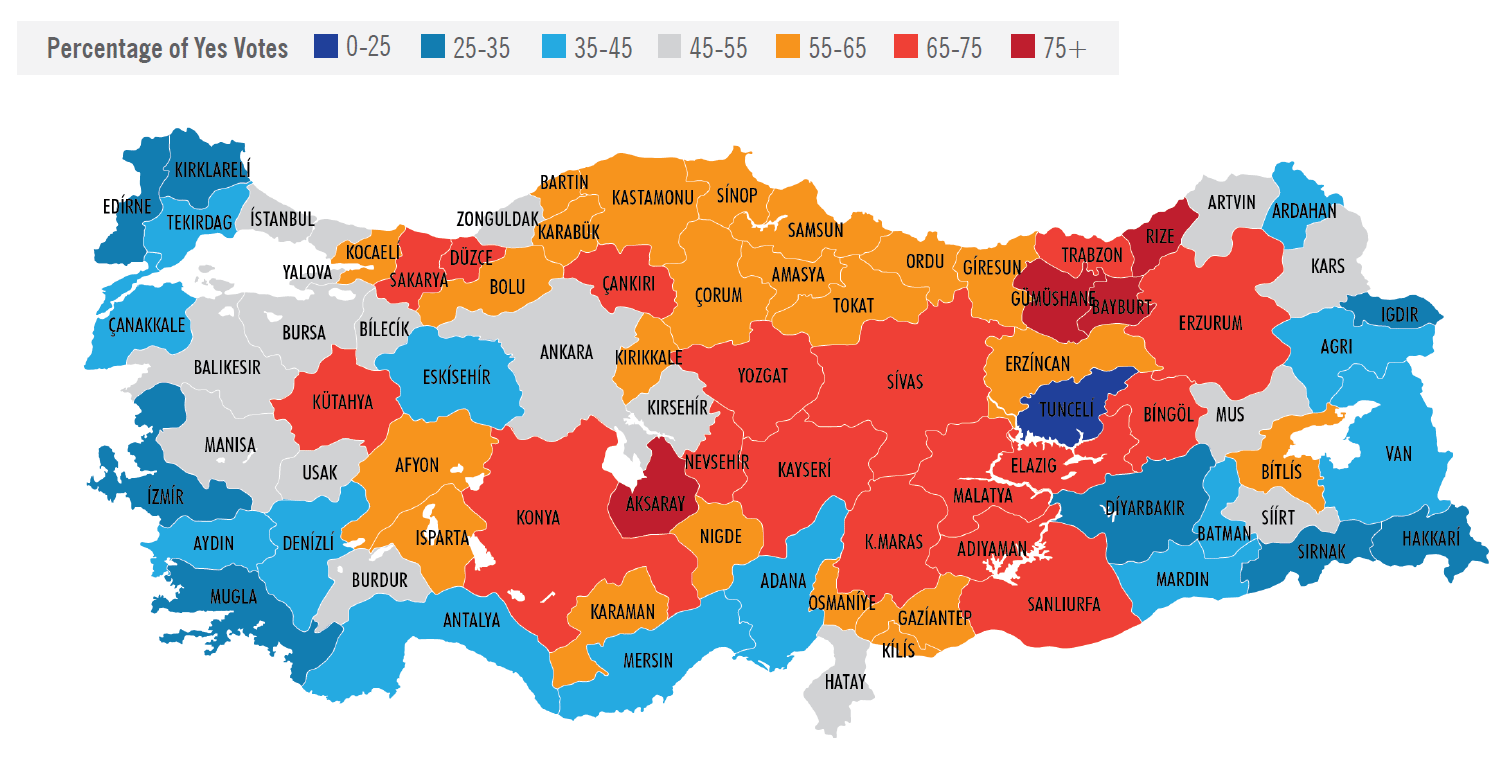