On June 7, 2015, Turkey’s ruling Justice and Development Party (AKP) lost its majority in parliament, which it had maintained for 12 years. But, as is increasingly clear, losing an election did not mean losing power. From the presidential palace, the AKP’s de facto leader, Recep Tayyip Erdo?an, has ensured that no other political force is given a chance to govern. Instead, Erdo?an has called early elections and relaunched the war against the separatist Kurdistan Workers’ Party (PKK) in a rather transparent attempt to rally the Turkish nationalist vote.

Should Erdo?an and the AKP prove successful in this gambit, they will likely seek to transform Turkey. “Today is the day that Turkey rises from its ashes,” Erdo?an said upon ascending the presidency in August 2014. “It’s the day the process to build the new Turkey gains strength.” However, during the AKP’s tenure, Turkey has already been transformed, though perhaps not in the way that Western observers expected.

When the AKP was created in 2000, it cast itself as a “post-Islamist” party leaving behind the ideological baggage of previous, failed attempts at governance arising out of Turkey’s Islamist tradition and representing a democratic movement bent on weakening the hold of entrenched elites on the Turkish state. With this mission, it quickly captured the goodwill of the West as well as Turkish liberals.

Fifteen years later, the behavior of the AKP has forced a reconsideration of this assumption. Erdo?an’s “new Turkey” has come to mean something other than the consolidated democracy the AKP promised. Instead, in the domestic realm,Turkish government policies have grown strongly authoritarian and repressive, while increasingly tinged with Islamic rhetoric. In the area of foreign affairs, Turkish policies are less and less aligned with those of Turkey’s Western allies and increasingly anti-Western and sectarian in nature. The “new Turkey” espoused by the AKP appears to have more in common with the Milli Görü? movement it sprung from than with the reformist, democratizing party it claimed to be. 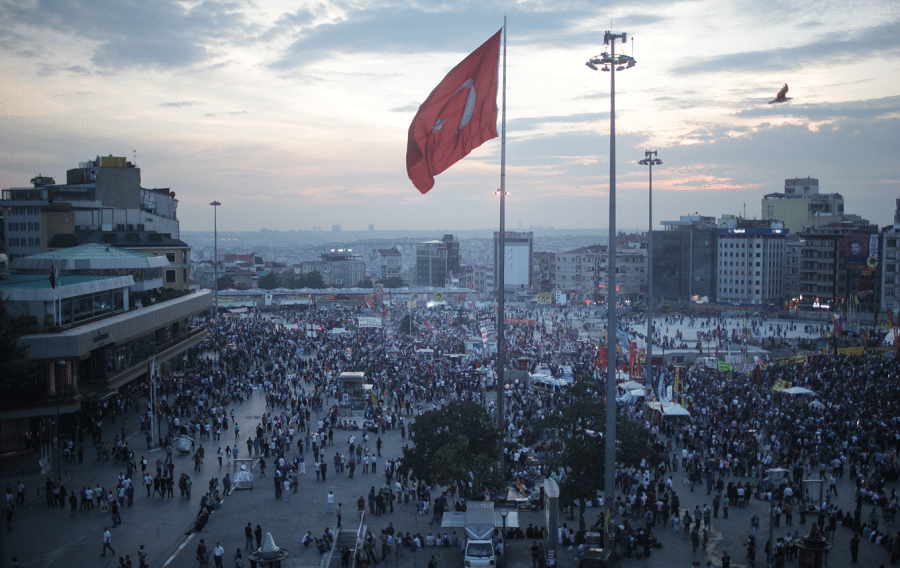 Determining which of these is the real AKP?the post-Islamist party of liberal hope or the autocrats of a New Turkey?is crucial to understanding both the Turkey of today and its plausible future trajectory. What went wrong? Did the AKP project get derailed by Western alienation or, as some would argue, the excesses of its increasingly narcissistic leader? Or is the problem, rather, that Western and Turkish observers alike misread the AKP from the start and saw only what they wanted to see? Was the AKP’s early liberal democratic platform a façade and a tactical ploy, its real objectives all along the autocratic and Islamist ones it espouses today?

These questions cannot be answered without knowing the AKP’s relationship and attitudes toward the ideological tradition from which it emerged and the reasons for its apparent split with its political forbearers. This calls for the investigation of two particular questions, which have so far received only limited scholarly attention. The first is the ideological origins of the Milli Görü? movement, the ideological forefather of Turkey’s modern Islamists. The second issue is the split that occurred in the Islamist movement between 1998 and 2000, when the AKP began to rise from the ashes after the Virtue Party had been closed down and Prime Minister Necmettin Erbakan removed from power by the Turkish military. Knowing this will allow a more informed analysis of the AKP’s 12 years in power and its current political agenda, illuminating the ideological ambitions driving its pursuit of a “New Turkey.”

What emerges is a picture of remarkable continuity: The leading figures of Turkish political Islam have all been steeped in an anti-imperialist, anti-Semitic, and anti-Western worldview. And, while the AKP rose to power by declaring a break from that tradition, its leaders transformed the movement’s political tactics while preserving its ideological objectives and ambitions.

Turkey and the AKP appear to enjoy a certain uniformity of opinion among Washington observers. In 2003, the hope for a new, more democratic chapter in Turkish politics was shared widely, and not just in Washington. By early 2014, opinion began to shift and, by the time of the June 2015 parliamentary election, a new consensus had recognized the increasingly authoritarian direction the country had taken. But such unanimity hides a certain analytical superficiality; observers have rarely engaged in a deeper reflection of what the failure of the AKP to live up to the potential originally ascribed to it means for our understanding of Turkey and the AKP itself.

This study’s excavation of the ideological and political origins of the AKP sheds light both on Turkey’s current situation and its future trajectory. In the process, however, it also yields insights about some of the myopic or unwarranted assumptions underlying policy thinking about Turkey that have implications for policymakers going forward.

Will Turkey’s Elections Be Free and Fair?