The U.S. population is aging rapidly. Declining fertility rates over the last several decades, increasing life expectancies, and the retirement of the baby-boomer generation have placed strains on the social safety net and have contributed to sluggish economic growth. The confluence of these factors has also further strained the federal budget. The U.S. national debt is higher than at any time in history apart from the World War II era and is driven in large part by the growing cost of government programs such as Social Security and Medicare.

Immigration can and has helped mitigate some of the negative fiscal and economic effects of an aging population in the United States. As the Bipartisan Policy Center has previously reported, immigration has given the United States a demographic edge over other countries that are also facing rapid population aging.1 Immigration provides working-age population growth that helps support growing ranks of retirees. Immigrants also add to economic growth through innovation and entrepreneurship, assisting with productivity increases that help offset labor-force declines.

This paper outlines some of the economic challenges facing the United States due to demographic change?focusing specifically on Social Security; economic growth; and federal, state, and local budgets?and highlights the role immigration can play in easing these strains.

Part I outlines population and fertility trends, highlighting the differences in population growth by foreign- and native-born individuals; Part II looks at the demographic challenges facing Social Security and how immigration contributes to the system’s solvency by increasing the worker-to-beneficiary ratio; Part III analyzes economic growth in the context of an aging population and identifies the potential for immigration to promote economic growth; and Part IV looks at the effects of an aging population on the federal debt, as well as the effect of immigration on federal, state, and local budgets. While current immigration levels are helping to ease these economic challenges, reforms to the immigration system could help address America’s profound demographic challenge. 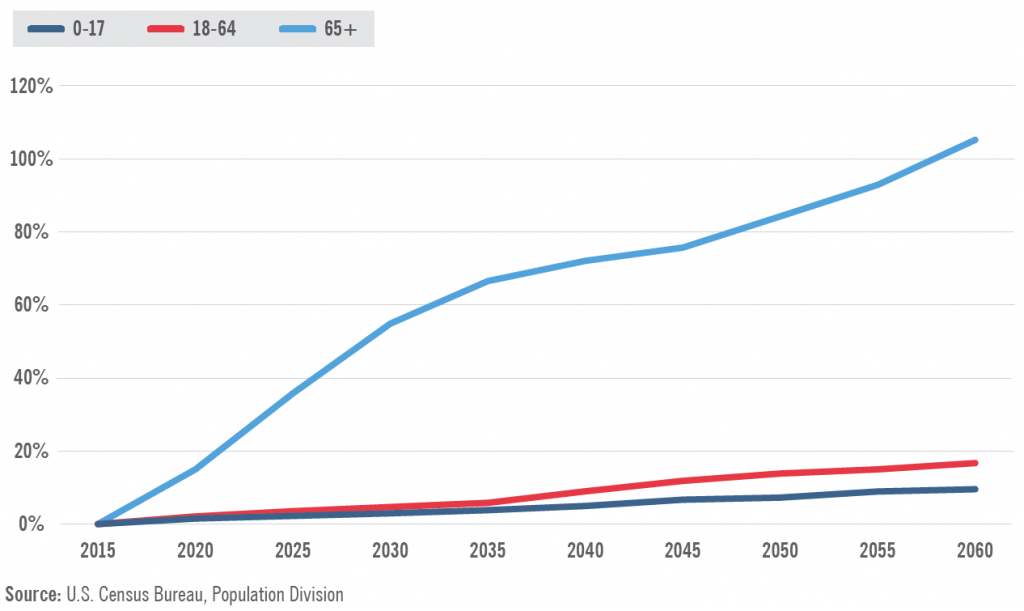