Americans have always been eager to serve their country and communities. Many times throughout history, our nation’s leaders have called on ordinary citizens to seek out opportunities to serve. In his 2002 State of the Union address, President George W. Bush called on “every American to commit at least two years?4,000 hours?over the rest of your lifetime to the service of your neighbors and your nation.” After establishing a domestic service corps, President Bill Clinton remarked, “When I ask our country’s young people to give something back to our country through grassroots service, they responded by the thousands.” 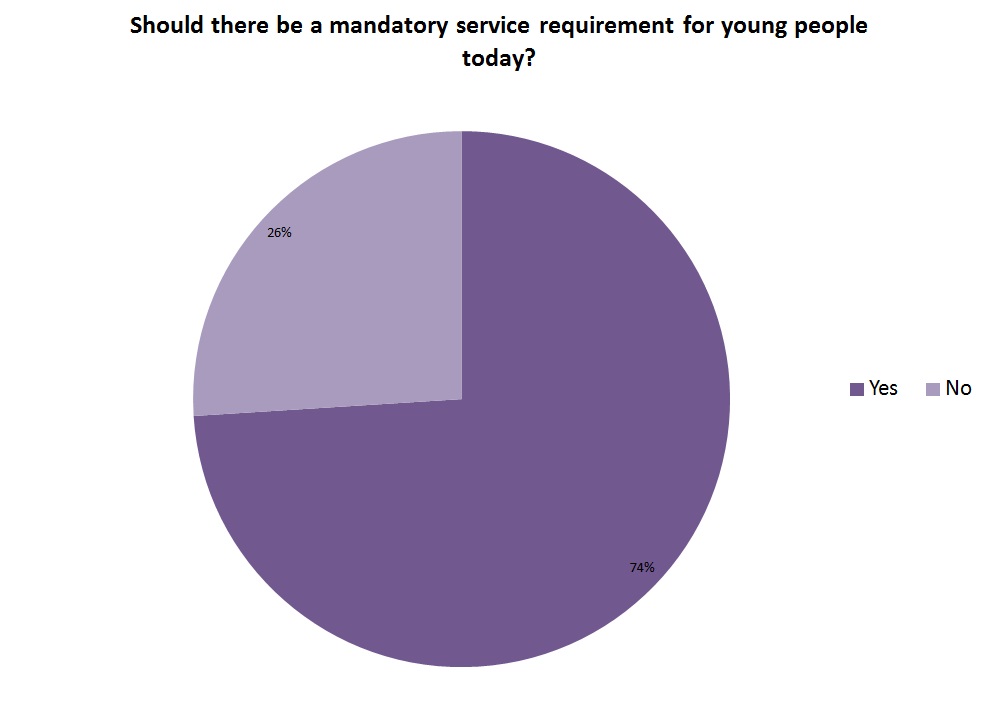 How do we attract the top talent to serve in government and elected office?


Is civility in Washington important to you?


How do you think having more women in Congress affects the legislative process?


Do you think Congress should address issues piecemeal or attempt comprehensive solutions?

Please post your thoughts in the comments section below. You can also tweet to us at @BPC_Bipartisan using the #EngageUSA hashtag or leave a message on our Facebook wall.