After serving his country in wartime and spending the better part of five decades in public office?from the Kansas House of Representatives to the Russell County, KS attorney’s office to the U.S. House to the U.S. Senate?no one would have blamed Bob Dole for calling it a career. Had he left the stage for good after running as the Republican nominee for president in the 1996 campaign, Senator Dole’s legacy as an accomplished legislator and statesman could have stood on its own. Of course, Sen. Dole is perhaps best known for his relentless effort. His work is never done. He remains a powerful advocate for veterans and people with disabilities after his own challenging recovery from injuries suffered in World War II. Sen. Dole bridged the partisan divide with humor and a handshake throughout his public life. Even today, 17 years after leaving office, he’s quick to remind listeners of the virtues of principled compromise. 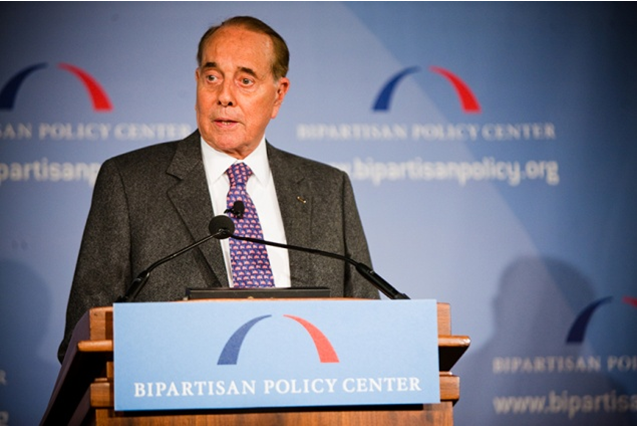 In 2007, Sen. Dole joined three other former Senate Majority Leaders, Democrats Tom Daschle and George Mitchell and fellow Republican Howard Baker, to form the Bipartisan Policy Center (BPC). Sen. Dole played an integral role in the organization’s early success, co-authoring with Sens. Baker and Daschle a landmark report released at the height of the debate over health care reform in June 2009. Crossing Our Lines: Working Together to Reform the U.S. Health System laid out a plan to ensure that all Americans have affordable health coverage, while improving quality of care and reining in costs. The proposal garnered praise from the White House and members of both parties in the Senate at a time when partisan bickering ran high. 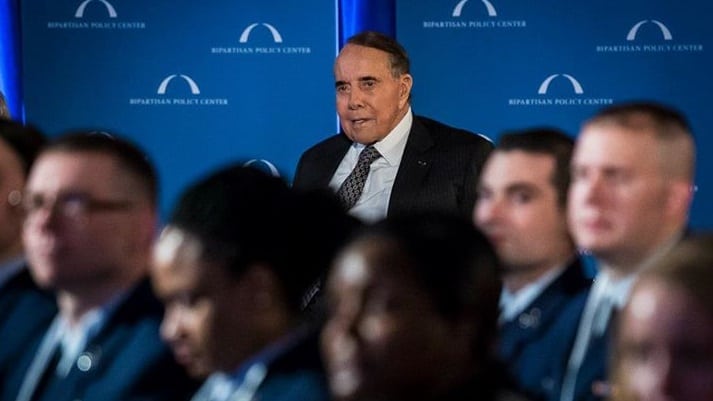 Last year, BPC marked the combined century of public service of Sens. Baker and Dole with a ceremony at the Andrew W. Mellon Auditorium in Washington. Vice President Joe Biden made remarks along with nearly every living Senate majority and minority leader. View photos, video, and media highlights from the event here.