In an open letter printed in POLITICO this morning, BPC, The Concord Coalition and The Committee for a Responsible Federal Budget called on the nation’s political leaders to take immediate action to address America’s debt problem: “Automatic across-the-board spending cuts and huge increases in tax rates are not the smart way to solve our long-term fiscal problems and it risks throwing the economy back into recession. The threat of the fiscal cliff should be enough to force a grand debt-reduction bargain across the finish line. “If Washington leaders punt with a promise to deal with the debt problem later, it will send a message to the public and the markets that they aren’t serious about dealing with this problem.”

Read the full letter below (click the image to view a larger version): 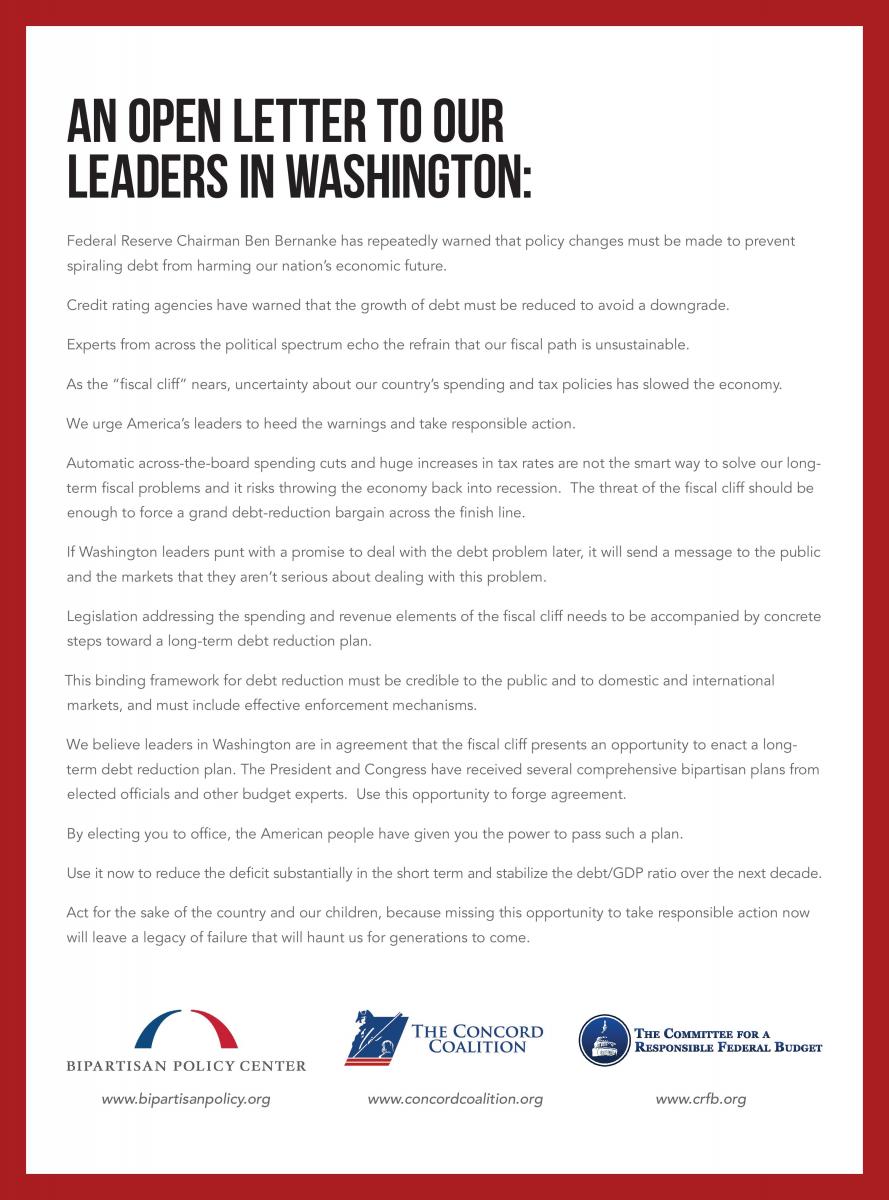 
Politics will be played. But the players must look ahead to the endgame before they bet the country…