The first in a series of posts on the Budget Control Act.

The final debt ceiling compromise failed to address entitlements or the tax code, making it far from ideal, but at least the two parties coalesced around a plan to cap discretionary spending over the next decade. Yes, this is the easiest (and least crucial) of the three broad elements necessary to rein in our debt?as laid out by Alice Rivlin and Senator Pete Domenici today?but the discretionary caps of the 1990s surely helped to reduce our deficits throughout that decade.

The caps in the Budget Control Act (BCA) will reduce discretionary appropriations by $840 billion over the next ten years. When interest is included, this will reduce our debt by about $920 billion. For reference, this treatment of appropriations is similar to the amount of budget authority (BA) savings recommended by BPC’s Debt Reduction Task Force ($900 billion) and the president’s Fiscal Commission ($1.28 trillion). See the graph and tables below for more detail.

In the first year (FY2012), the BCA reduces real discretionary budget authority by approximately $44 billion (which translates roughly to a cut of $25 billion in outlays for that year ? see table below). The BCA then roughly places a hard freeze on discretionary BA for FY2013, and thereafter caps annual discretionary growth at inflation through 2021. If a cap is exceeded in any year (i.e., Congress attempts to appropriate more money than the statutory cap), then each relevant nonexempt discretionary account will be cut by the uniform percentage necessary to eliminate the breach.

Unfortunately, the more difficult task of tackling entitlement and tax reform has been left to the Joint Select Committee on Deficit Reduction, where success is not guaranteed. Its members may choose to shirk these tougher issues as much as possible. And if the Committee fails to report, then the sequester almost entirely hammers away further at discretionary spending, with only a few cuts applied to Medicare, the exchange subsidies created by the Affordable Care Act, and other mandatory spending. It is entitlements, not discretionary spending, that is the primary driver of our debt.

Restraint in the appropriated portion of the budget was addressed strongly with this legislation. Now, Congress must turn to the essential ? but more difficult ? tasks of reforming entitlement programs and a complex tax system that fails to raise enough revenue. 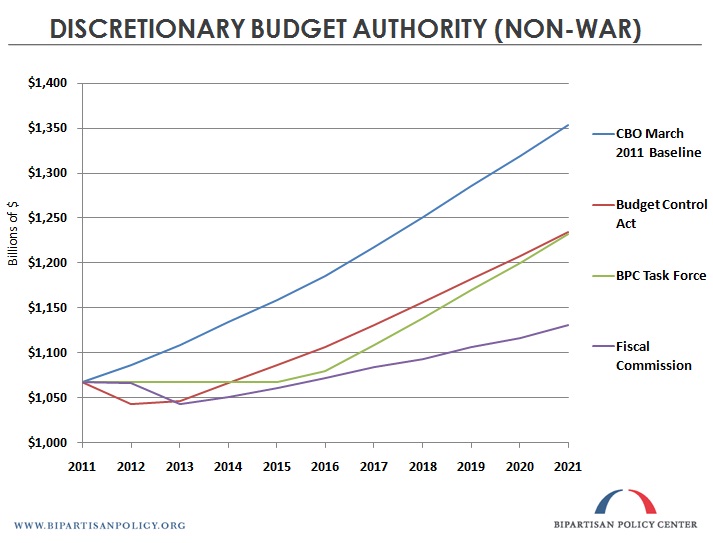 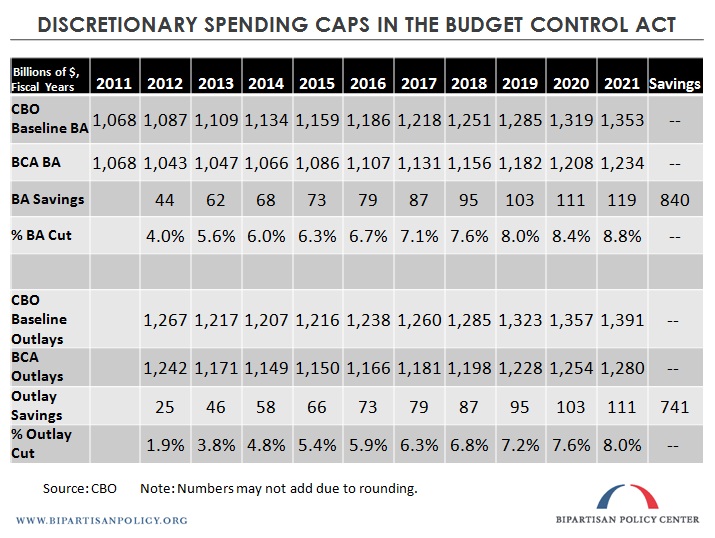 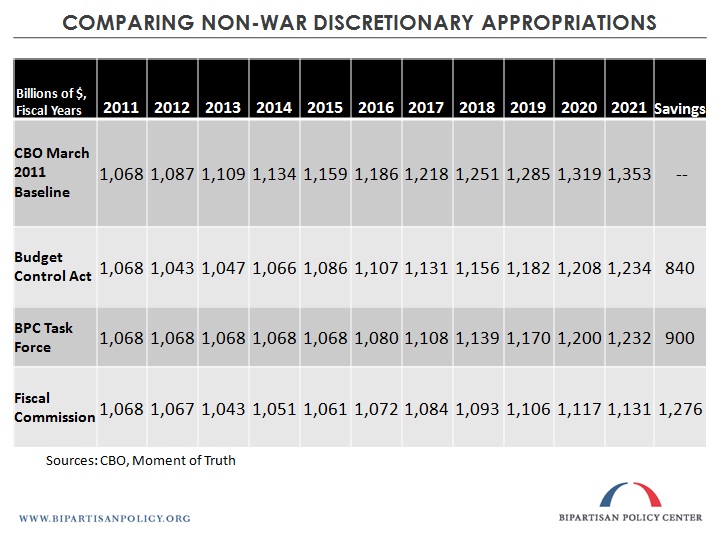