As fragility and extremism continue to wrack the gulf country of Yemen, BPC has compiled a quick overview on recent events, Yemen’s troubled history and the main actors in the current conflict.

Historically divided between north and south, the unified country of Yemen has only existed since 1990. With their different histories, sectarian identities, levels of economic development and legacy of internal conflict, Yemen’s troubled past is reflected in the country’s uncertain and fragile present: ineffective central government, strong tribalism, an insurgency in the country’s north, secessionism in the south and the growth of al-Qaeda. 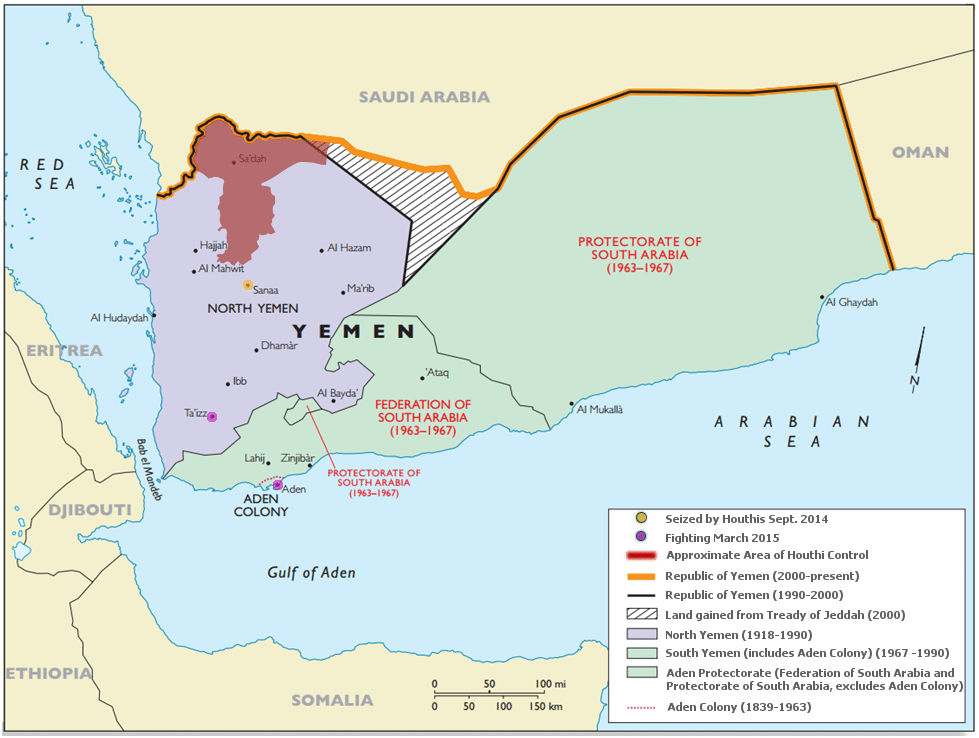 In the most recent escalation of violence in Yemen, Houthi rebels, based in the northern Governorate of Sa’dah, seized the Yemeni capital of Sanaa in September 2014, ultimately forcing the Yemeni government to resign in January 2015. Since then, fighting has crept southward. On March 19, fighting moved to the southern port city of Aden, where Houthi fighters fired missiles at a palace hosting ousted President Abdu Rabbu Mansour Hadi.

Additionally, forces loyal to former President Saleh and allied with the Houthis clashed with Hadi’s forces for control of Aden’s airport. The Islamic State (ISIS) has also become active in Yemen. A previously unknown ISIS affiliate calling itself Sanaa Province took credit for suicide bombings at two Houthi mosques in Sanaa that left over 100 dead, calling the attacks “a tip of an iceberg.” On March 22, Houthi fighters seized control of Taiz, Yemen’s third-largest city, including the international airport there.

Continued Unrest in Yemen Should Force U.S. to Reevaluate Strategy

Fragility and Extremism in Yemen, Again

Fragility and Extremism in Yemen