Amid continued threats to U.S. national security and interests emanating from the Middle East, the promise of partnership and cooperation with Turkey will remain?as it has for the past two administrations an alluring option for American policymakers. It is incredibly unlikely, however, that the U.S.-Turkish relationship can yield any strategic benefit at this point. The incoming administration, rather than remain bound by an increasingly infeasible commitment to a U.S.-Turkish partnership, should recognize the reality and profundity of the challenges confronting Turkey, recalibrate relations to increase U.S. leverage, and focus its energy on the ongoing erosion of Turkish democracy.

Today, Ankara and Washington visibly and vocally disagree about pressing regional strategic issues. In particular, the two nations have clashed over U.S. attempts to defeat the Islamic State (ISIS) by cooperating with the Syrian Kurdish Peoples’ Protection Units (YPG), as well as both countries’ broader approaches to the Syrian civil war. However, these divergences in foreign policy are driven by domestic dynamics in Turkey that are unlikely to change any time soon.

For Turkey, foreign policy is now largely about securing the government’s power at home, which relies on expanding an authoritarian state and destroying any viable political opposition. Turkey’s war against the Kurdistan Workers’ Party, its extension of this war into Syria, and its campaign against Islamic cleric Fetullah Gülen are all part of this agenda.

Undergirding Turkey’s domestic agenda is an increasingly unavoidable shift in values. Turkish President Recep Tayyip Erdogan, in addition to pursuing power for its own sake, is seeking to transform Turkey’s state, society, and position in the world. Erdogan’s efforts to create a “new Turkey” as much as insufficient U.S. attention to Turkish demands or inadequate use of available leverage?continue to create conflict between Ankara and Washington.

These sources of strain are likely to persist. Erdogan’s need to consolidate power, his perceptions of lurking political enemies, and his persistent anti-Americanism mean that U.S. attempts to mollify his concerns will not create a foundation for a workable relationship. Beneath the battle over the extradition of Gülen, for example, lies the more deeply problematic fact that many within the Turkish government, perhaps including Erdogan himself, sincerely believe that Washington was behind July 15 coup attempt in Turkey. 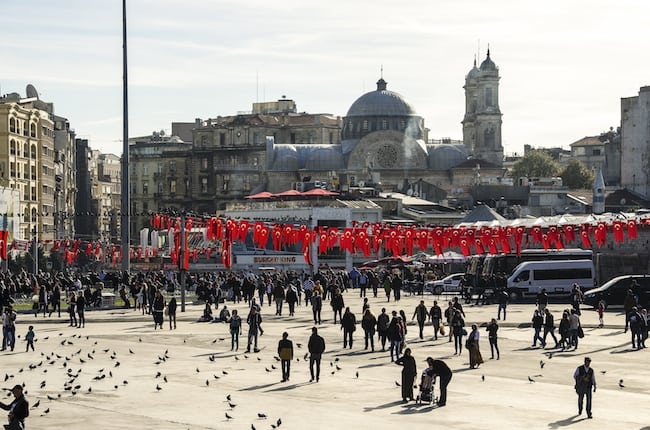 Even if Washington were to fulfill Erdogan’s immediate demands, such as extraditing Gülen and ceasing cooperation with the YPG, rather than embrace the United States, Erdogan would only be emboldened to demand even more in future confrontations. If the United States were to return Gülen to Turkey, Erdogan would in time most likely find new public enemies. If the United States were to cut off aid to Syrian Kurdish groups, Ankara would only be more aggressive in its attempts to confront them. In short, it is crucial to recognize that Gülen and the YPG are as much the symptoms as the causes of the current breakdown in bilateral relations.

Worse still, the deteriorating U.S.-Turkish relationship is not the only casualty of Erdogan’s attempt to transform Turkey. There is also a risk that rather than creating a stable authoritarian state, Erdogan’s policies will dangerously undermine Turkey’s stability instead, thereby aggravating an already inflamed region. By exacerbating social divisions with his aggressive rhetoric, turning a blind eye to ISIS, fomenting anti-Western hostility, and undermining the foundations of the Turkish economy through corruption, Erdogan has helped sow the seeds of domestic conflict. Preserving space for democracy’s eventual return to Turkey?and, by extension, the rekindling of a much-needed constructive and cooperative U.S.-Turkish partnership?requires a total reframing of U.S. policy toward Turkey. 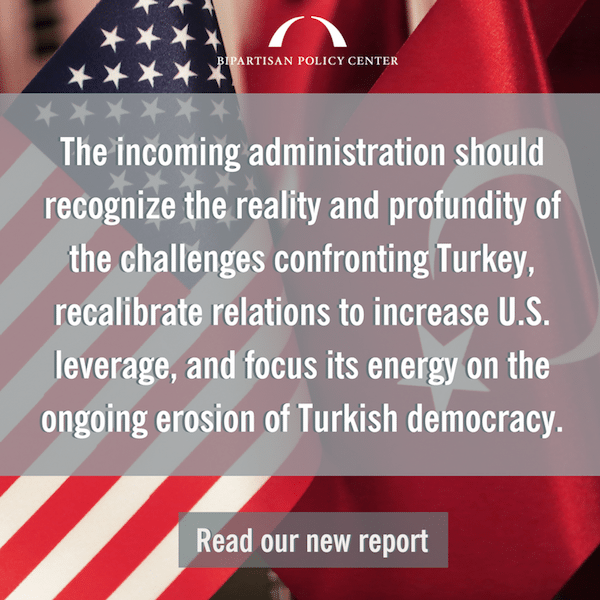 Such a reframing is only possible with a clear understanding of the new realities on the ground, such as the unlikeliness of any partnership with Turkey that would further U.S. interests right now, the very real threats that Turkey currently faces, and the Turkish government’s responsibility for both. If American policymakers refuse to reckon with the actual nature of the challenge confronting U.S.-Turkish relations?a challenge that is consistently obscured by myths about Turkey, its government, and the efficacy of the tools at the U.S. government’s disposal?they will be condemned to a perpetual cycle of crisis management from which both Washington and Ankara will ultimately emerge worse off.

Squandering the leverage the United States has over Turkey in an attempt to cajole cooperation on ISIS, for example, risks making the fundamental problem of Erdo?an’s authoritarianism worse, which would then force the United States to commit even more of its dwindling influence toward managing the fallout. Rather than appeasing and enabling Erdo?an’s behavior, Washington must instead tackle the structural and domestic factors that drive it. 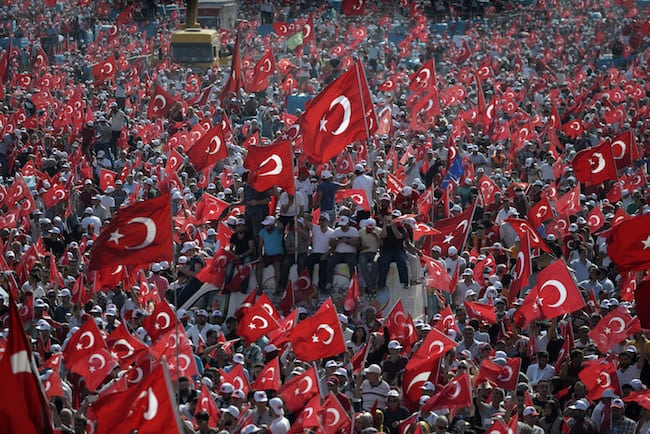 The first step, therefore, is to challenge some of the myths that still surround the U.S.-Turkish relationship. For years and across administrations from both parties, Washington has been operating with an exaggerated belief in the amount of assistance Ankara can or will provide in facing crucial geopolitical challenges. This has often led American policymakers to exhaust their diplomatic capital in futile efforts to gain Turkish cooperation when instead they could have deployed their influence more effectively elsewhere. It is time to acknowledge that Washington and Ankara no longer share the same values or strategic priorities, and, therefore, there is little that the United States can offer Erdogan that would make him a more reasonable or cooperative partner. Further, American policymakers must relinquish the self-fulfilling belief that Washington has greater need of Ankara than Ankara does of Washington. Finally, when it comes to applying leverage, it is important not to confuse Erdogan’s strength for Turkish stability.

American policymakers must relinquish the self-fulfilling belief that Washington has greater need of Ankara than Ankara does of Washington.

For too long Washington has sought to avoid recognizing the challenges it faces in Turkey, and as a result, U.S. policy has alternated between antagonizing Ankara and then eagerly trying to appease it. The next administration should confront these challenges by moving beyond the myth that Turkey, under Erdogan, can be a model for, a solution to, or a partner on Middle Eastern challenges. Although Turkey will continue to play a central role in some of the key challenges facing U.S. foreign policy, it is no longer possible for Washington to call on Turkey’s support in these challenges as an ally. That’s why a new policy framework is needed for Turkey, one that ensures that Turkey does not work at cross-purposes with U.S. interests and one that prevents Turkey from falling victim to the self-inflicted instability that has consumed so many of its neighbors and become, in and of itself, an additional driver of regional chaos.

The Future of U.S.-Turkish Relations

Under Trump, A New Dynamic for U.S.-Turkish Relations

Trump in the Middle East: A New Strategy or More of the Same?