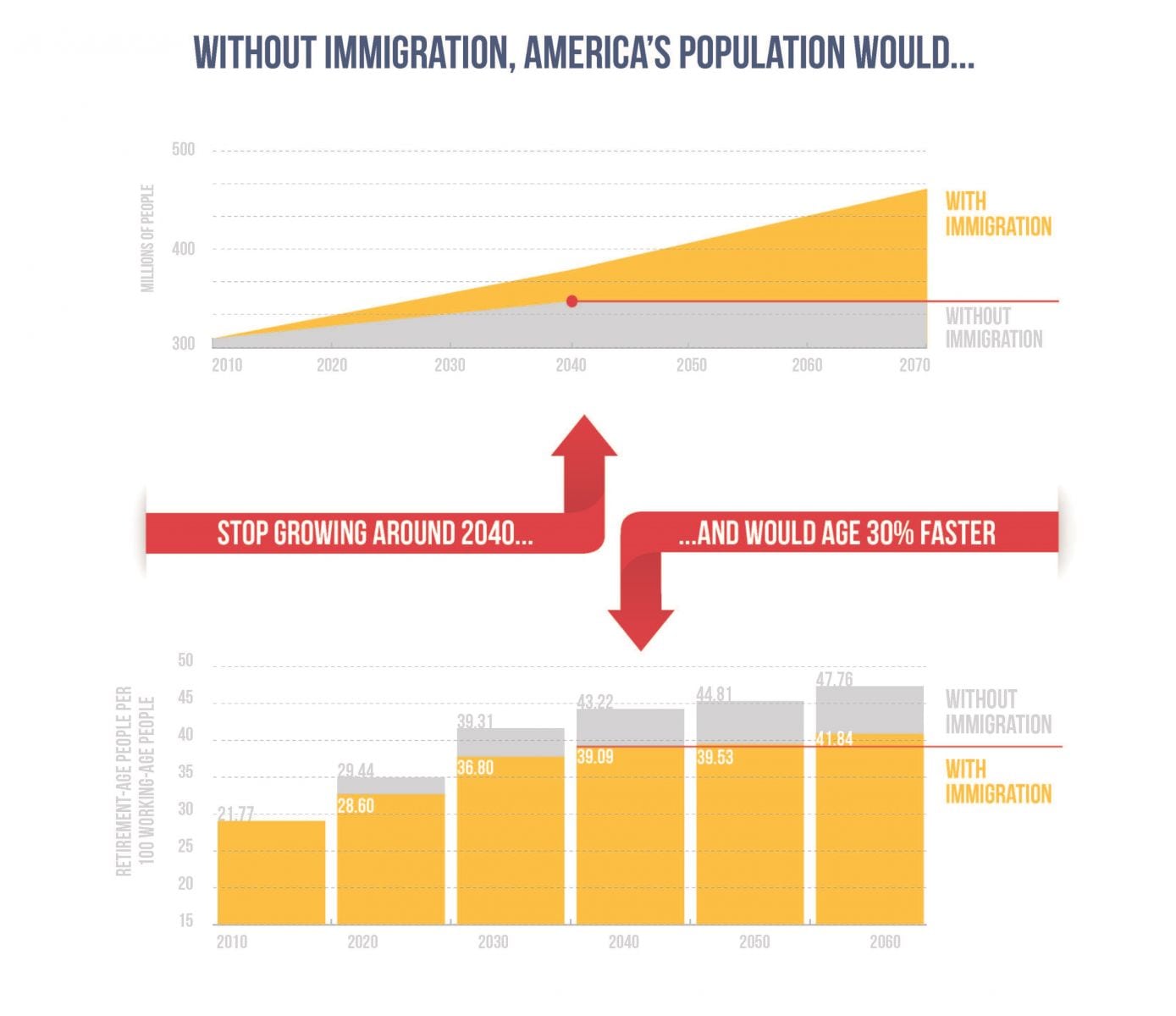 Without immigrants, the United States would lose this demographic edge. When immigrant contributions to population growth are removed, the U.S. population is projected to stop growing in the 2040s. Further, without immigrants, the number of retirement age people per working age person would increase 30 percent faster over the next several decades. These trends have critical economic implications. Reducing the number of workers available would limit the future growth of the economy, and increasing the number of retirees that each worker must support would harm the budget, especially Social Security and Medicare. In this way, immigration’s demographic implications become a key economic advantage for the United States.

On the international stage, these economic benefits make immigration an important power asset. Nations with faster-growing economies and healthier budgets have an easier time influencing world events. For example, a larger economy can increase a country’s power in trade negotiations, the effectiveness of its economic sanctions, and the size of its military investments. If the U.S. continues to harness immigration’s economic and fiscal benefits, it can expect to have an easier time maintaining its prominent position in global affairs.