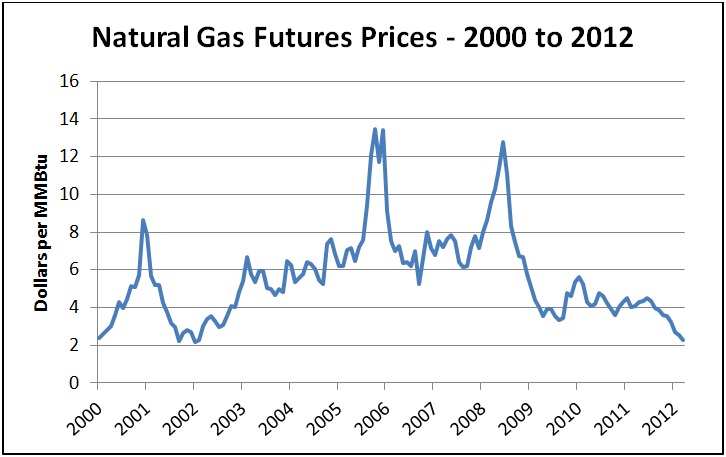 Today’s low natural gas prices are caused by a number of discrete factors affecting both the supply and demand side of the natural gas market: Factors Contributing to High Supply