The rapid advance of natural gas production from shale formations has dramatically transformed the U.S. natural gas market. In a stunning turnaround from the status quo just a few short years ago, the United States is now on pace to become a net-exporter of natural gas within the next decade. In recent months, the media and policymakers have focused on DOE’s impending decisions on a number of permit applications to export domestically-produced liquefied natural gas (LNG) abroad. However, pipeline exports of natural gas, which have increased more than eight-fold since 2000, have been growing under the radar and are expected to rival the volume of potential LNG exports.

The boom in shale gas production, among other factors, has driven U.S. net imports of natural gas to the lowest levels on record since 1990, and these trends only appear to be accelerating. Net imports of natural gas declined in 2012 to about 4.2 billion cubic feet per day (Bcf/d), according to preliminary estimates released by the U.S. Energy Information Administration (EIA). This milestone is the combined result of both a 32% decrease in imports and 97% increase in exports since 2007. Total pipeline exports were 4.4 Bcf/d in 2012. For comparison, the United States consumed nearly 70 Bcf/d in 2012. 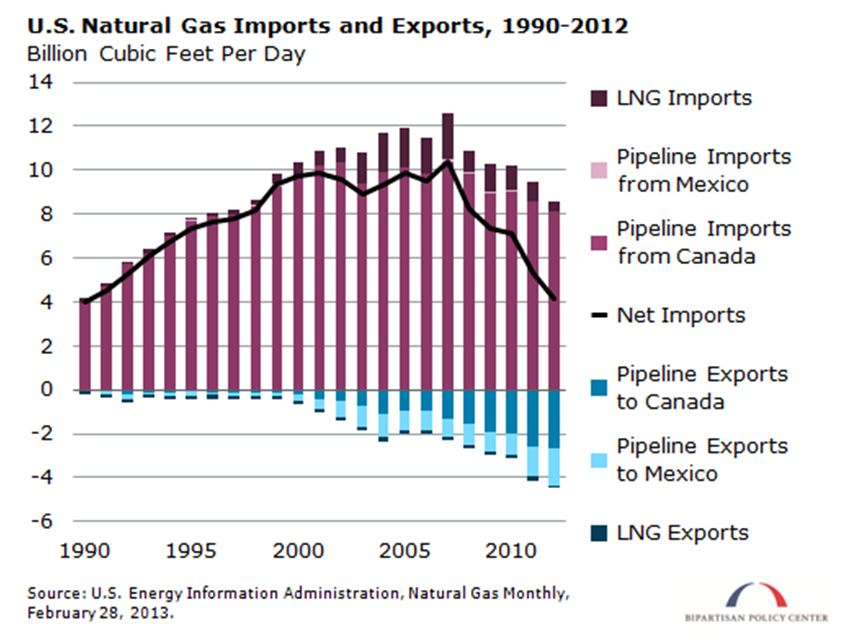 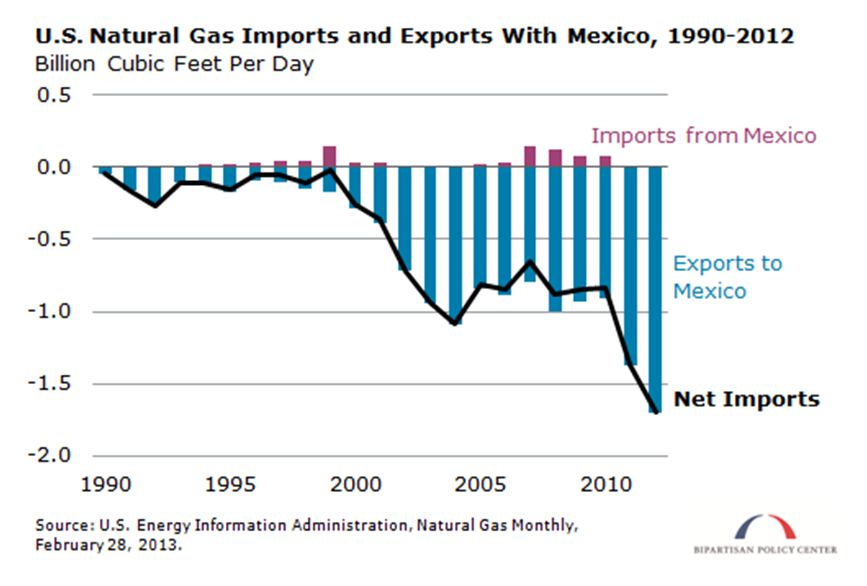 At present, total U.S. natural gas pipeline export capacity is currently estimated at nearly 4.6 Bcf/d to Canada and nearly 3.8 Bcf/d to Mexico, according to January 2013 capacity data from EIA. Notably, there have been several announcements that could result in an expansion of more than 3 Bcf/d of additional pipeline export capacity to Mexico in the next fex years. These new projects will require Federal Energy Regulatory Commission (FERC) approval and a presidential waiver for an international border crossing.

While applications for LNG exports to non-free trade agreement countries total approximately 28 Bcf/d, only one project of 2.2 Bcf/d is currently approved. Looking forward, in its Early Release of the Annual Energy Outlook 2013, EIA presumes that some additional LNG export projects will ultimately receive permits, but EIA projects that a total of 4 Bcf/d of LNG net exports will be exported by 2040, a volume that is well below the 5.7 Bcf/d of net exports EIA projects via pipeline. 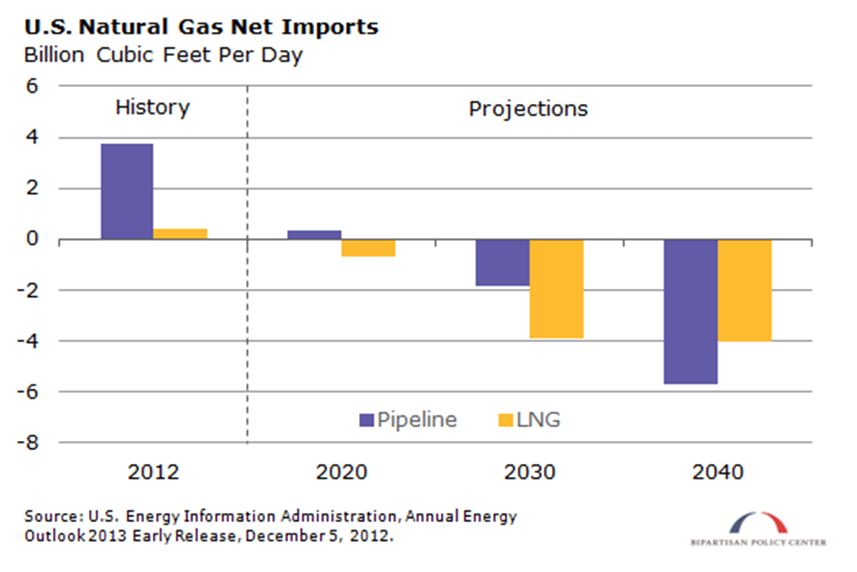 Through its New Dynamics of Natural Gas Supply and Demand project and forthcoming report, BPC will focus on the changing dynamics of new natural gas supplies, assess their impact on the energy system as a whole, and explore opportunities to expand natural gas use in ways that improve the economic and environmental performance of the energy system.