The Congressional Budget Office (CBO) projected in its June budget baseline that in Fiscal Year 2022 the federal deficit will once again exceed $1 trillion (4.5 percent of GDP). However, much has happened since that CBO estimate was made. Three hurricanes have battered the United States and its territories, congressional leaders on both sides have suggested increases in discretionary spending (in different parts of the budget), and Republicans in Congress are developing a tax reform package.

Using the following assumptions, deficits are projected to reach $1 trillion in FY2019: 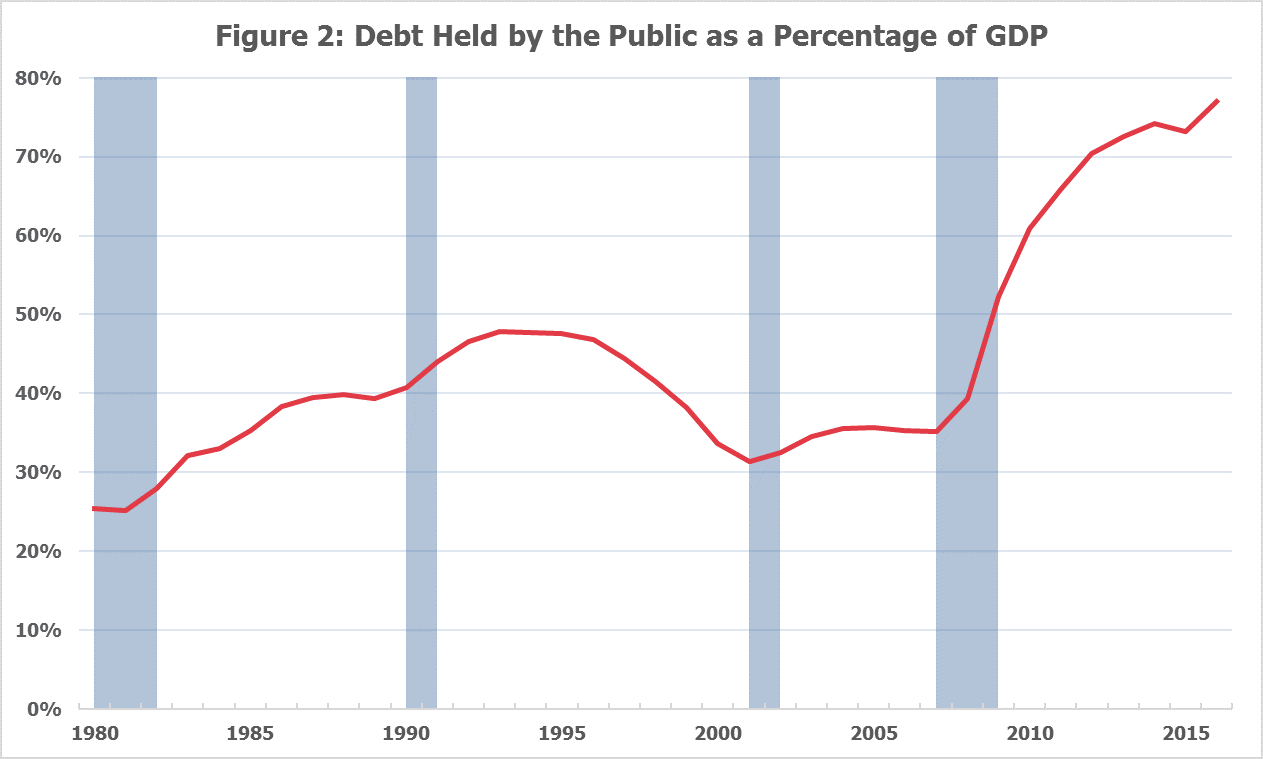 Source: Congressional Budget Office. Note: Periods of recession are indicated in blue and may appear too large due to the scale of the y-axis.

It is not too late for policymakers to take action to put the federal government on a path to fiscal sustainability. As the former public trustees of Medicare and Social Security warned, our most important social programs that are the key drivers of our debt need to be addressed soon to avoid sharp benefit cuts or tax increases. However, given past inaction, we believe significant congressional reform efforts of entitlement programs, the driver of most of the deficits during the 37-year period studied, will continue to be nearly zero in the next year.

[i] With revenue reductions divided over the decade following the Tax Policy Center payout structure, but not following the magnitude of TPC’s projected deficit increases.

Continuing Resolution Will Have Negative Impact on Government Operations

A Guide to the 2017 Social Security and Medicare Trustees' Reports