This post is part of The Next Agenda, a series that will explore the main policy challenges facing the next Congress and presidential administration on issues from immigration and infrastructure to economics and energy. Check back regularly for future installments.

As we have previously discussed in our Next Agenda Series, the role of the private sector as an investor and partner in America’s infrastructure has entered the congressional spotlight and is being debated in state legislatures across the country. While our roads, rails, ports, pipes are seen as a public good that we expect from government, the infrastructure funding gap?the imbalance between estimated needs and upkeep costs vs. the current funding mechanisms?is expected to grow to $1.4 trillion within the next 8 years. Faced with these tremendous needs, we should no longer expect public institutions to bear this weight alone. By leveraging the private sector as a partner, governments can deliver modern infrastructure projects, of all shapes and sizes, faster and at a lower cost to taxpayers. Here are four ways the private sector can bring value to infrastructure projects.

America’s infrastructure needs are diverse, and can range from highly concentrated hubs to remote lifelines.

Municipal and state budgets are straining. With mounting retirement and health care costs, many states are unable to spend more on infrastructure. On top of existing expenses, states face unfunded pension obligations totaling $968 billion and unfunded retiree health care liabilities of $587 billion. With each new rail line or bridge repair, cities push their borrowing limits to the max while shouldering all future risks and maintenance costs. When an infrastructure project is delivered through a public-private partnership, state and local governments generally face lower upfront cost burdens, freeing up much needed capacity and shielding themselves from certain inherent risks. For instance, if a project takes longer or costs more to build, the private partner may have to absorb the loss rather than the taxpayer. 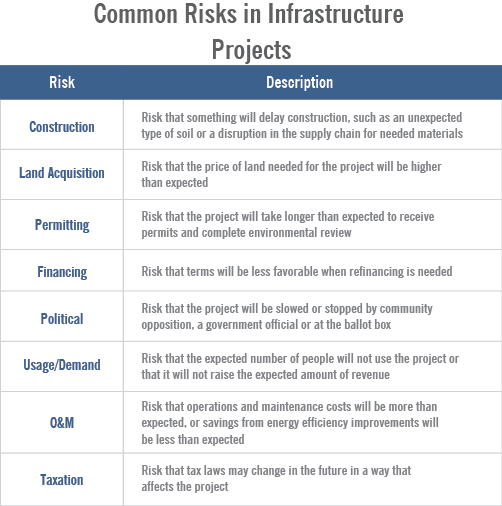 The private sector is able to help states and localities with tight budgets by structuring projects with a long-term focus from the beginning. A private partner that is designing, constructing, and operating a project is incentivized to make long-term and cost-efficient decisions, such as using material that may have a higher price tag but a lower maintenance cost. Additionally, large pools of capital, like pension funds, are looking for long-term, stable investments. The full lifecycle approach that is taken by public-private partnerships helps the public avoid future infrastructure headaches. Rather than deferring much-needed maintenance due to a constrained budget or fluctuating political climate, a private partner is able to develop operation and maintenance plans that span decades. Too often, even in larger cities and states, public project managers are focused on upfront costs instead of making decisions based on the long-term efficiencies that improve capacity and bring down expenses.

As the Washington Post recently demonstrated, America’s infrastructure needs are diverse, and can range from highly concentrated hubs to remote lifelines. A given state or city may only have limited experience upgrading or constructing a specific type of infrastructure asset. Local governments, especially those with smaller populations, are often forced to treat major infrastructure projects as one-off endeavors, where officials must learn on the job. As much as it is a cliché, private companies can bring experience from across state and international lines. The practical experience from designing, building, and operating a water treatment facility in Seattle can feasibly be available to the local officials looking to upgrade a system in Warrensburg, Missouri. 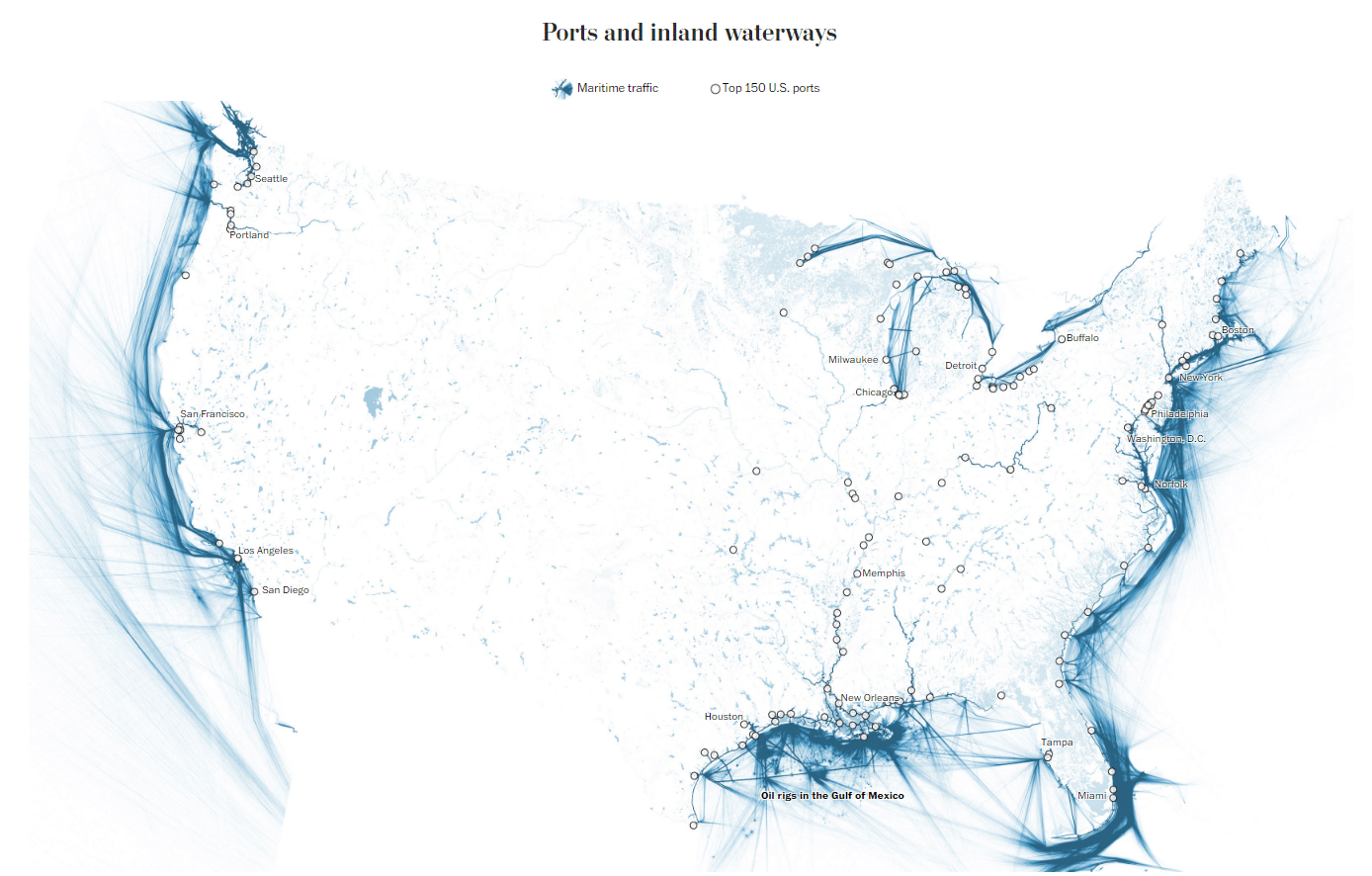 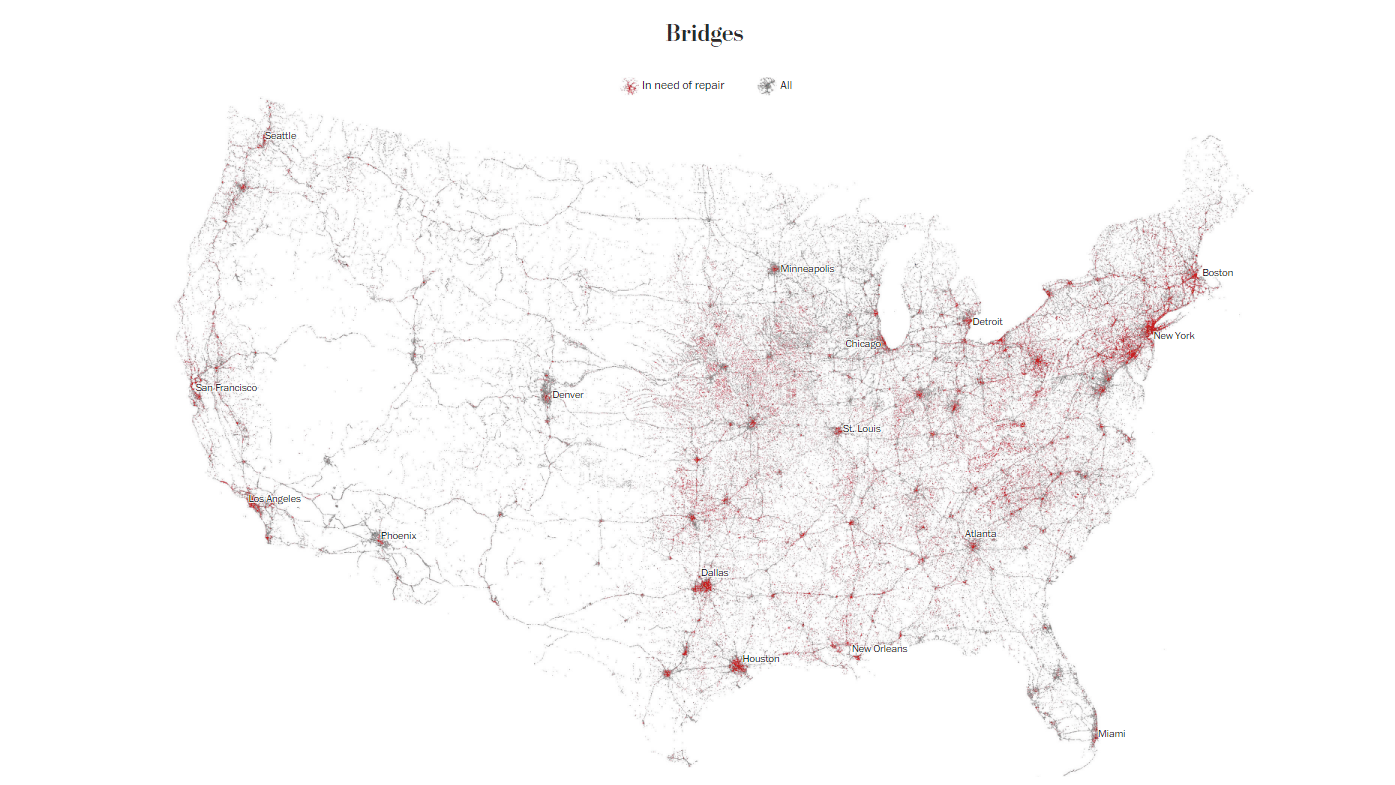 Sticking with clichés, the private sector can also enable innovation. Either through adopting a new technology or a creative solution, the public-private partnership is able to take risks that are often discouraged in a traditional process. For instance, the Virginia I-495 HOT Lane project was able to apply cutting-edge traffic management technology because the state partnered with the private sector.

Countries across the globe are improving their infrastructure by leveraging private sector partners.

Many that question the involvement of the private sector in public infrastructure believe that their role is limited to either toll roads or extremely large projects; however, even in today’s imperfect environment, public-private partnerships have brought street lights to a highway in Detroit, repaired hundreds of rural bridges in Pennsylvania, and built a courthouse in Long Beach.

On the global stage, the U.S. is already behind the times. Australia, Canada, and countries across Europe and Southeast Asia are improving their infrastructure by leveraging private sector partners. Since 2009, Canada has had a national P3 office that is improving the delivery of public infrastructure to the Canadian people by “achieving better value, timeliness and accountability to taxpayers.” This is a proven model for creating modern infrastructure and under current structures the U.S. is leaving resources on the sidelines.

The private sector brings a lot to the table, from project experience and financing options, to faster delivery and higher quality. These partnerships can fundamentally improve our nation’s infrastructure. But state and local officials need to be empowered with the option to partner with the private sector, and national reforms must be made to improve the viability of projects for investment. BPC’s Executive Council on Infrastructure report Bridging the Gap Together: A New Model to Modernize U.S. Infrastructure provides a roadmap to these recommendations. As a package to modernize our country’s infrastructure takes shape, we should ensure that we are creating an environment that fosters these collaborative partnerships.