The latest report by inspectors from the International Atomic Energy Agency (IAEA), released on February 21, is remarkable for the seemingly contradictory developments it shows: Iran appears to be both slowing down and speeding up elements of its nuclear program.

On the one hand, Iran has removed 10 kilograms of 20% enriched uranium from its stockpile to produce fuel for its Tehran Research Reactor. This move, the third such in the last year, suggests that Iran is trying to decelerate its nuclear program, specifically by pushing back the date when it accumulates enough 20% enriched uranium ? 155 kilograms ? to produce, with further enrichment, sufficient highly enriched uranium for a nuclear device. This threshold happens to coincide with the red line set by Israeli Prime Minister Benjamin Netanyahu last year, implicitly threatening military action were Iran to cross it. This latest draw down pushes back the date when Iran will amass 155 kilograms of 20% enriched uranium by roughly a month, into late June 2013, assuming it remains on its current trajectory and does not further deplete its stockpile.

On the other hand, Iran appears to be trying to speed up its nuclear work by expanding the Natanz Fuel Enrichment Plant with additional centrifuges, including next generation models. In the last three months Iran has added 2,255 centrifuges to Natanz. Once it begins operating these, it could increase its production of 3.5% enriched uranium by 25%. More disturbingly, Iran has also notified the IAEA that it plans to install nearly 3,000 advanced centrifuges, known as the IR-2m model. These machines could prove twice as effective, or more, at enriching uranium than the current IR-1 model. The IAEA report shows that 180 of these new machines are already installed at Natanz. Once all 3,000 are installed and operational, the production capacity of the Natanz plant will be boosted an additional 75%. In practice, all these new centrifuges could reduce by 47% the time Iran needs to produce enough fissile material for a nuclear weapon.

These seemingly contradictory tactics actually represent a coherent strategy: as Iran heads into the next round of negotiations with the United States and other powers on February 26, it is shrewdly seeking to evade international pressure while hastening its advance to nuclear weapons capability. More on this strategy can be found here. In response, the United States should adhere to the principles for negotiating with Iran laid out by the Bipartisan Policy Center’s (BPC) Iran Task Force, co-chaired by Senator Charles Robb and General (ret.) Charles Wald, and pursue the triple-track strategy of diplomacy, sanctions and credible and visible preparations of the military option that the task force has consistently called for in five reports over the last five years.

– Third time in last year Iran has done this, for total of 76 kg removed:

But highest number of installed centrifuges at Natanz ever, more planned.

– Iran informed IAEA that it plans to install 2,952 IR-2m centrifuges at Natanz.

– Already 180 IR-2m centrifuges and casings have been installed.

– IR-2m centrifuges are designed to twice as productive as the currently deployed IR-1 model.

– Number of operating centrifuges steady at 696;

– But all remaining 2,088 centrifuges installed:

Production of 20% enriched uranium could triple when Fordow fully-operational.

– Additional 2,088 centrifuges at Fordow are triple what is currently operating;

– Once operational, they could produce additional 23.1 kg of 20% enriched per month;

Depending on the method used, Iran could produce 20 kilograms of highly enriched uranium, enough for a weapon, in between 23 and 99 days.**

– Installation and operationalization of IR-2m centrifuges at Natanz.

For a larger version of the chart below, click here. 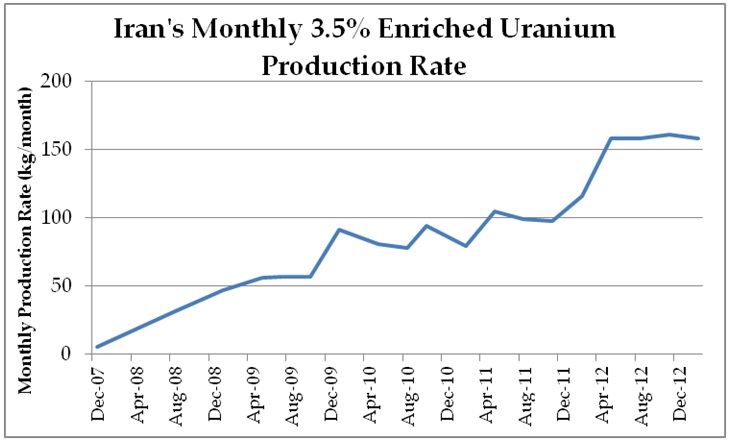 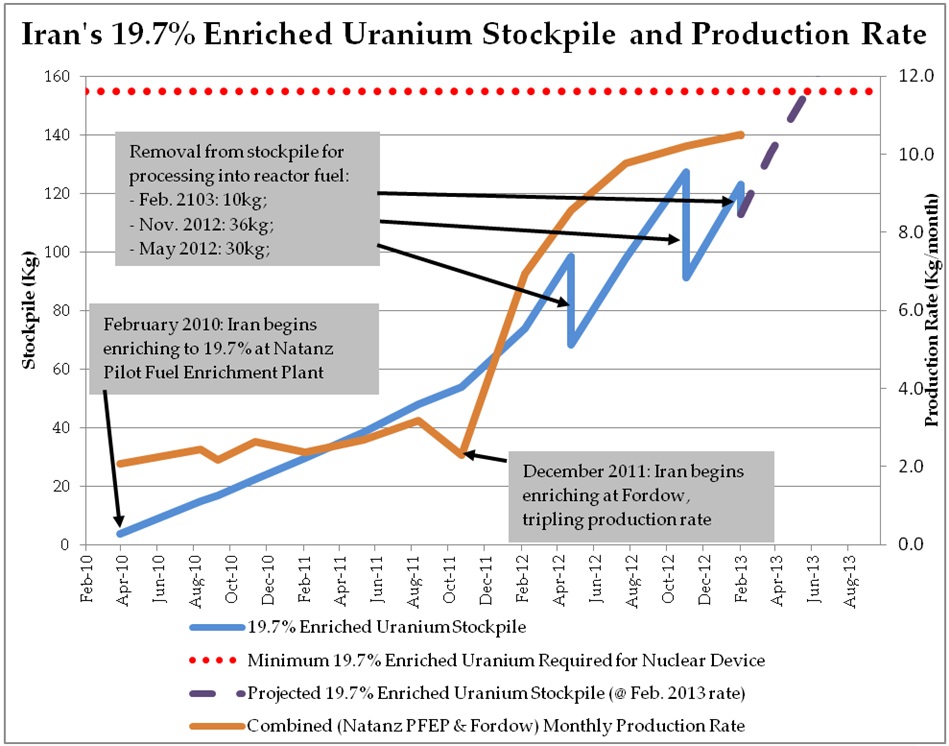 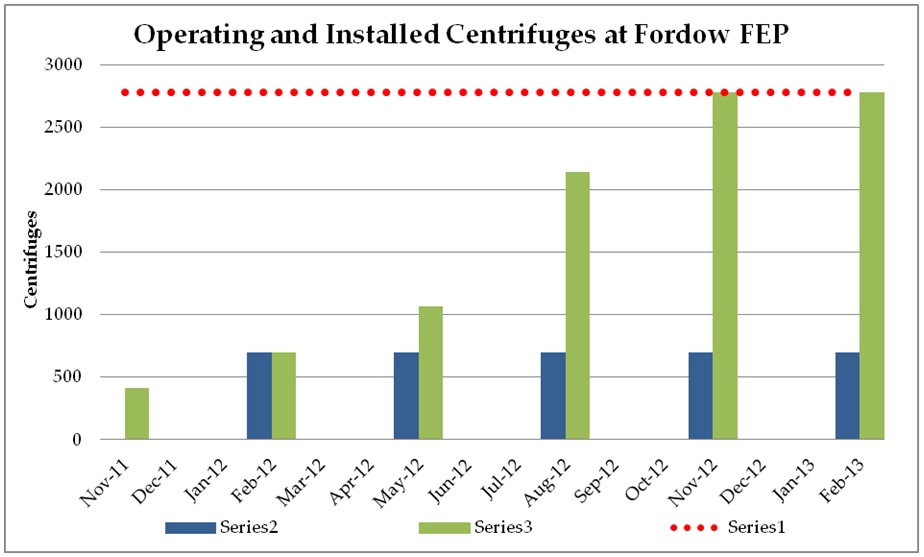 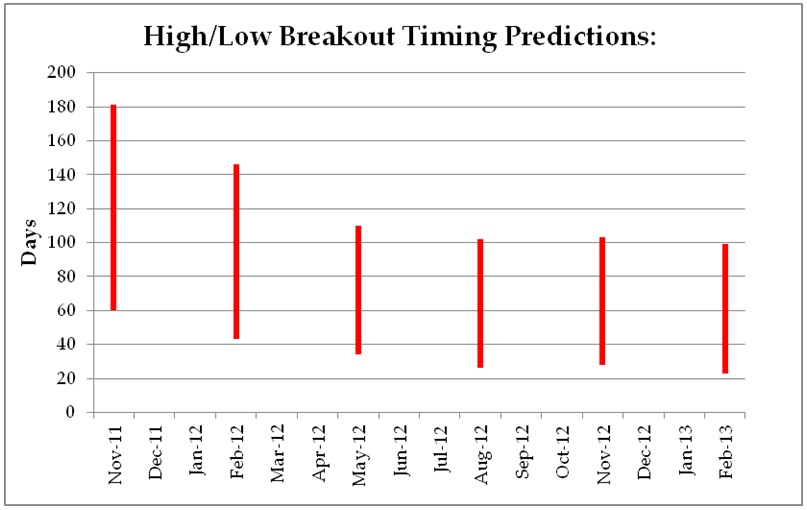 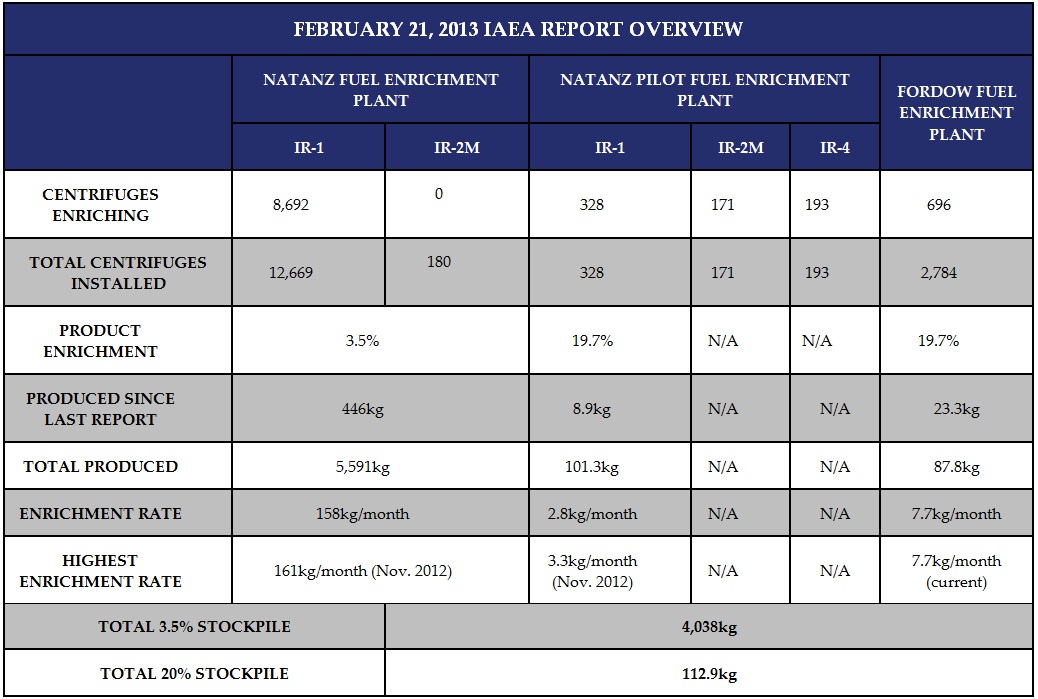 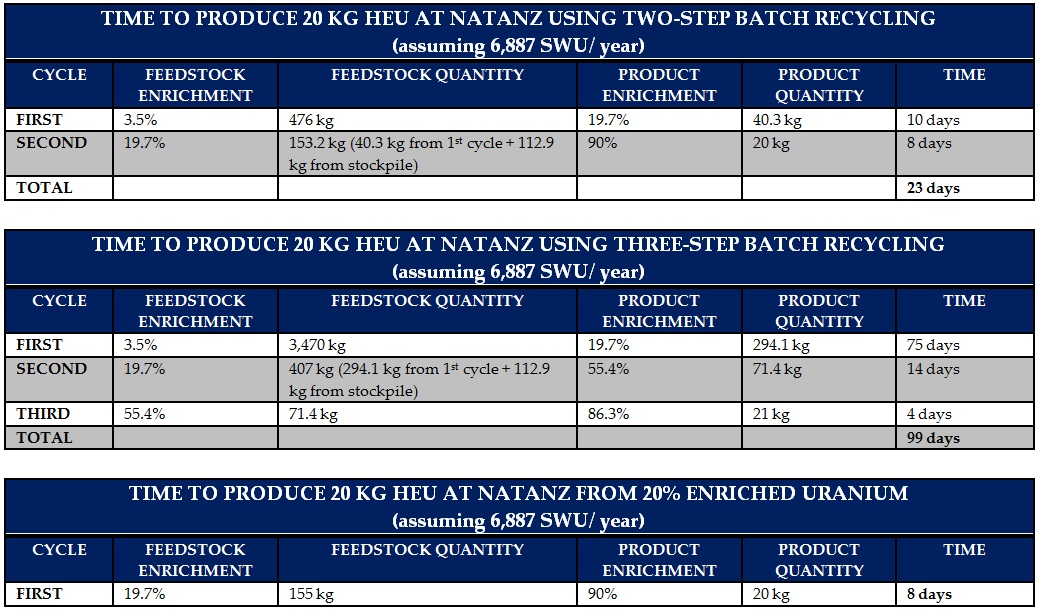 * For enrichment, uranium must be in gas form as uranium hexafluoride (UF6). The IAEA reports its data in kilograms of UF6. However, for this paper, we will refer to solid form uranium. One kilogram of UF6 yields roughly 0.67kg uranium metal.

** This range depends on whether Iran uses a two- or three-step batch recycling process to produce highly enriched uranium for a nuclear weapon and is based upon the work of Greg Jones at the Nonproliferation Policy Education Center. Both scenarios assume the use of the Natanz Fuel Enrichment Plant at its current production rate and drawing upon Iran’s current stockpiles of 3.5% and 20% enriched uranium. For a more detailed explanation, see here.

*** If Iran continues to produce 20% enriched uranium at its current rate, by May 2013 it will have stockpiled 155kg, the minimum needed to produce HEU for a nuclear weapon.

The U.S. needs an immediate strategic shift at the southern border