Last week, U.S. Customs and Border Protection (CBP) released its monthly update on the number of unaccompanied children (UC) and family units apprehended at the United States-Mexico border, closing out the fiscal year (FY). While the total number of UC and family apprehensions are below last year’s total, CBP statistics have shown an increase in the number of monthly apprehensions since June. 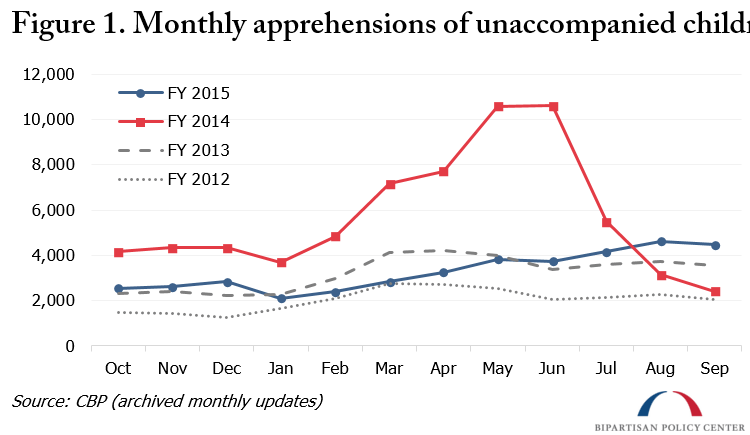 Similarly, monthly family unit apprehension numbers have increased since June, surpassing FY 2014 levels for August and September (Figure 2). Last month, about 5,273 individuals in family units were apprehended, up from about 4,000 in June. The September FY 2015 number is more than double the number apprehended during the same month in FY 2014. 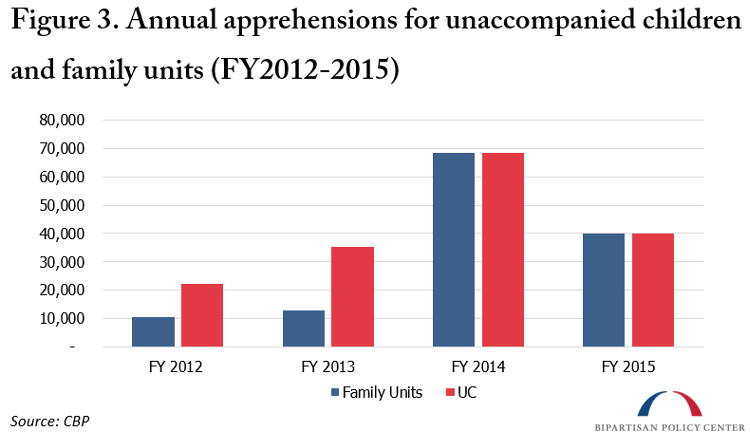 Monthly apprehension data (Figures 1 and 2) reveal that migration patterns in FY 2015 followed very different trends than they have in previous years. Last year, for example, UC and family unit apprehensions spiked in late spring and early summer but sharply decreased in July and August. This year, UC and family unit apprehensions have increased by 25 percent since June. After the August increase in apprehensions, the White House acknowledged that the increase was “surprising” and “concerning” for the administration, particularly because apprehensions usually begin to decrease in August. In fact, except for a small downturn between May and June this year for UC, apprehensions for both groups have been steadily increasing since January 2015.

It is still too soon to tell whether the uptick in the past months is a sign of further increases to come or an unseasonable fluke. One possible explanation could be the stepped up enforcement efforts that Mexico has undertaken, which likely diverted migrants from faster, more traditional routes north and will be further discussed in a future blog. However, the number of Central American children and families that continue to migrate north will remain a concern for both governments.