Although the 113th Congress still needs to contend with the “lame-duck” session, attention is turning to the 114th Congress and the looming fiscal battles. One of the biggest challenges will occur at the end of Fiscal Year (FY) 2015, when the Murray-Ryan agreement ? officially the Bipartisan Budget Act of 2013 ? expires. Instead of waiting for the inevitable end-of-year battle, Congress and the president should sit down in early 2015 and negotiate a deal that allows for more discretionary spending ? both for defense and non-defense ? than is scheduled under the sequester.1 Squeezing discretionary spending does little to help with our long-term debt problem, which largely stems from a mismatch between our expensive entitlement programs and our inefficient tax code. But low levels of discretionary spending ? for both defense and non-defense programs ? could endanger the lives of our airmen and women over Syria, impede our military’s ability to intervene in world affairs when called, and harm the economic security of our nation. 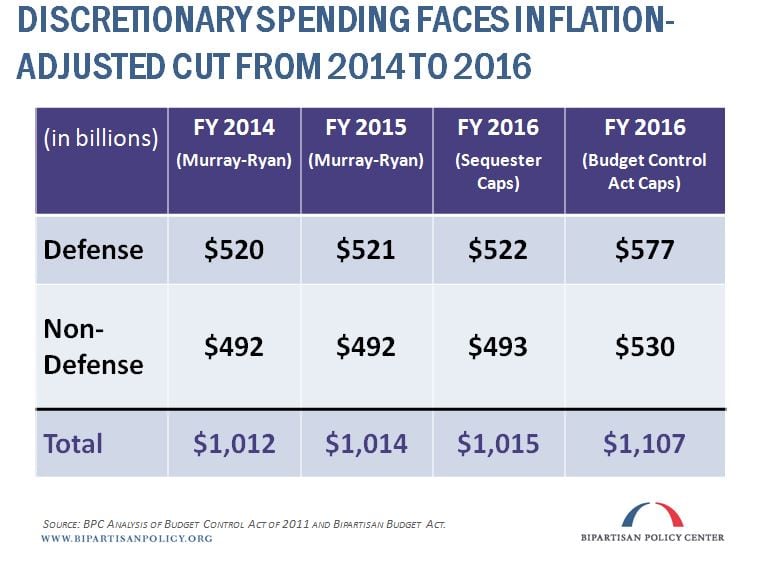 If policymakers allow sequestration to resume in FY 2016, total discretionary spending will have risen by only $3 billion in nominal terms over two years, which amounts to a significant cut after inflation is considered. Moreover, these cuts (in constant dollars) come on top of what were already substantial reductions to both base defense and non-defense spending in recent years.2

We are spending too little on these portions of our federal budget. Almost all of our armed forces and most federal investment is funded through discretionary spending. Additionally, research funding for the National Institutes of Health (NIH), the National Science Foundation (NSF), and NASA are all located in the discretionary budget. 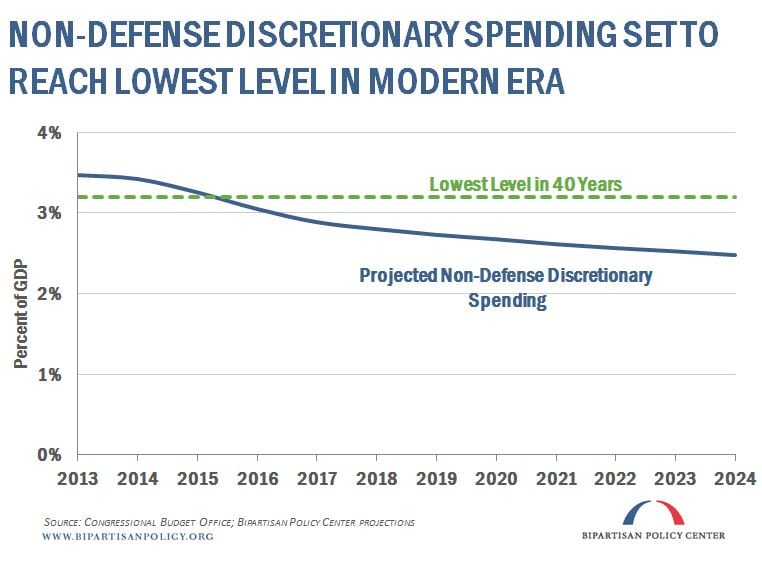 Eric Edelman and Michèle Flournoy, former undersecretaries of defense from opposite sides of the aisle, reiterated this point at an event at BPC a few weeks ago. Both are members of the National Defense Panel, which evaluates the Department of Defense’s Quadrennial Defense Review, and they stated in an op-ed before the event, “Without budgetary relief, the U.S. armed forces soon will be at high risk of not being able to accomplish the national defense strategy.” Tight budgets squeeze the defense establishment and could leave the nation with insufficient and unprepared military forces. 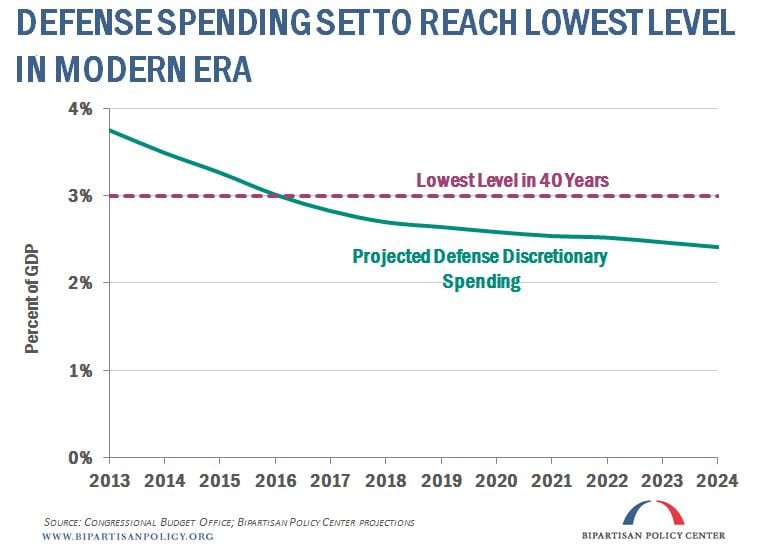 As the 114th Congress begins in January and considers budgeting for FY 2016, it should conclude that the sequester is not the way forward for our discretionary budget.

“Discretionary spending” is the portion of government spending that Congress must approve (appropriate) each year. It makes up about one-third of the federal budget. Discretionary spending funds many programs including almost the entire defense budget, scientific research, Head Start, the FBI, and much more.

Other programs, so-called “mandatory spending,” are automatically funded every year without congressional action. Mandatory spending currently makes up about 60 percent of the federal budget and funds Medicare, Medicaid, and Social Security among other programs.

2 Defense spending used to fight wars overseas, called “overseas contingency operations” funding or OCO does not have to fall within the sequester caps.