House Budget Committee Chairman Paul Ryan (R-WI) released his Fiscal Year (FY) 2015 budget plan this morning. We will provide a summary of some of the major provisions here as we did with the president’s FY 2015 budget a few weeks ago. The FY 2015 House budget is largely a restatement of the priorities that Chairman Ryan laid out in his budgets from the past several years ? including prioritizing defense spending, repealing the Affordable Care Act (ACA), phasing in premium support for Medicare, block granting and reducing funding for means-tested programs, and enacting revenue-neutral tax reform.

The Ryan budget would significantly reduce federal debt relative to current law; in particular, debt as a percentage of gross domestic product (GDP) in FY 2024 would fall from 79 percent (the latest Congressional Budget Office (CBO) baseline projection) to 56 percent. Further, Ryan’s plan projects a balanced budget in FY 2024. Achieving the deficit and debt projections in his budget incorporates an assumption ? termed a “macroeconomic fiscal dividend” ? that the proposed debt reduction policies would spur enough economic growth to further increase revenues and decrease spending by $175 billion between FYs 2015 and 2024.

Chairman Ryan calls for revenue-neutral tax reform. He envisions a simplified code that would reduce time and money spent filing taxes, consolidate tax brackets into a 10 percent and a 25 percent bracket, repeal the alternative minimum tax, reduce the corporate tax rate to 25 percent, and switch to a territorial system for taxing corporate income earned abroad. As part of tax reform, Ryan would repeal the taxes established by the ACA ? including the “Cadillac” excise tax on high-cost employer-sponsored health coverage ? but he intends to do so while compensating for the lost revenue with other provisions that would leave the reform revenue-neutral.

Ryan does not lay out any particular plan, but does favorably mention the plan proposed in February by Ways and Means Committee Chairman Dave Camp (R-MI), along with plans issued by Reps. Michael Burgess (R-TX) and Rob Woodall (R-GA). 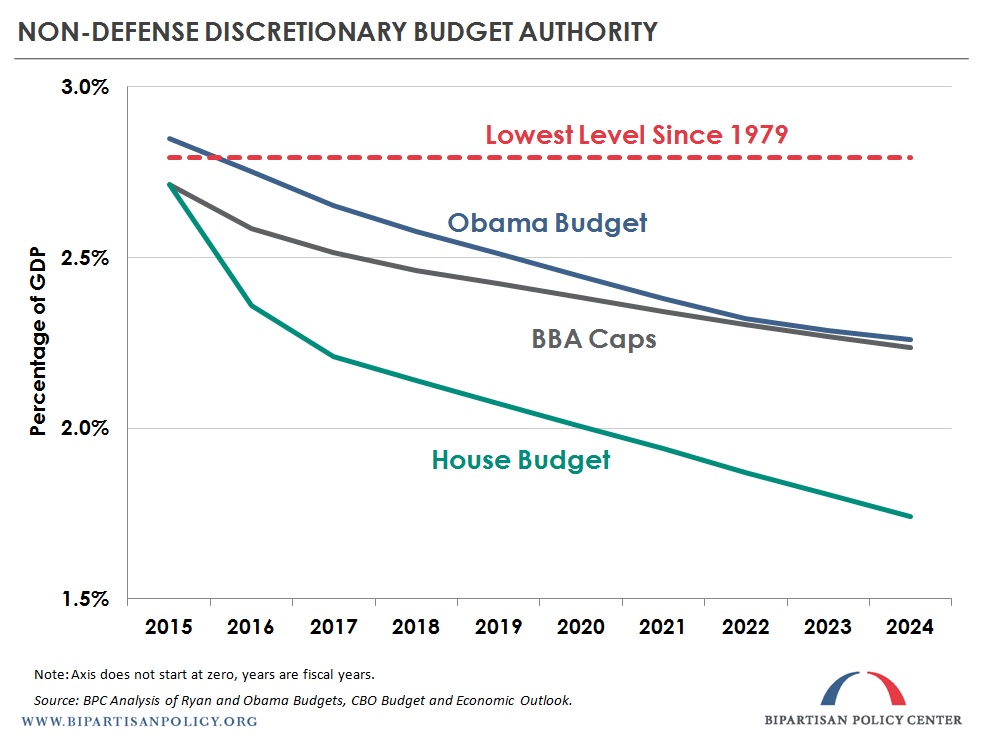 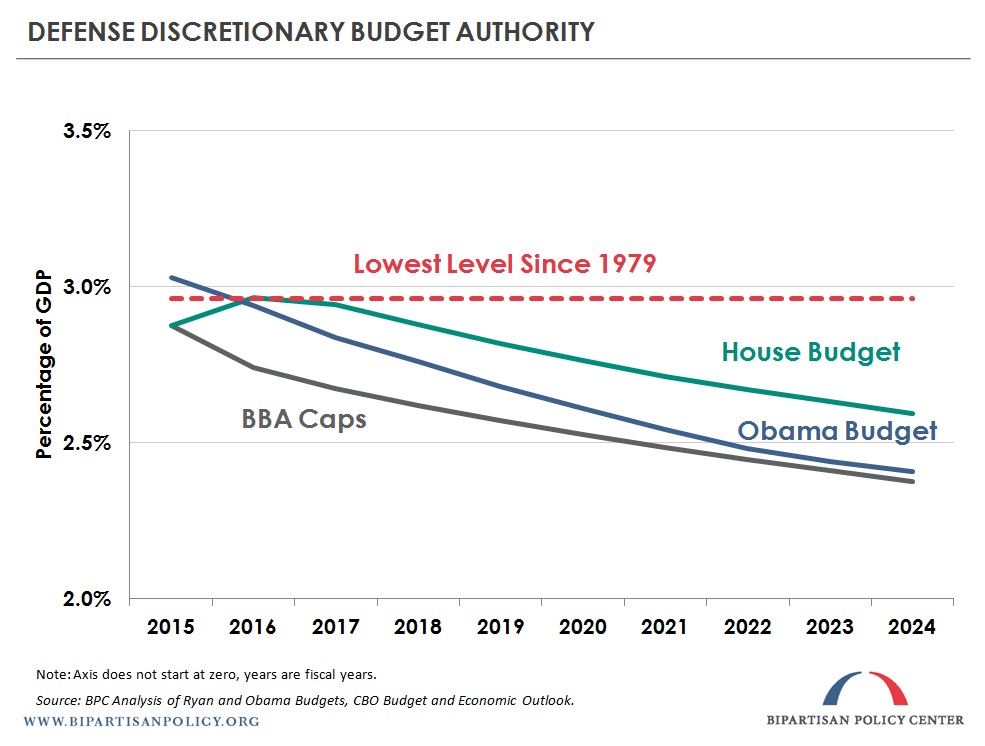 Chairman Ryan proposes to establish new limits on the food stamp program, formally known as SNAP.  Currently, the federal government establishes eligibility criteria, states administer the program (enrolling eligible individuals and awarding benefits), and the federal government reimburses states for the entire cost of benefits.  Beginning in 2019, instead of reimbursing states based on their costs, Ryan would provide each state with a fixed amount of money up front, known as a block grant.

These block grants would be annually indexed for inflation and eligibility, but they would grow more slowly than projected SNAP spending under current law.  Ryan would also require ”a certain amount of” SNAP enrollees to pursue work-related activities, such as a job search, job training, or community service.  Ryan’s proposed SNAP reform, which would save $125 billion through FY 2024, is similar to the 1996 welfare reform, which converted cash welfare benefits from an unlimited entitlement to a limited block grant to the states with stiffer work requirements.

Additionally, Ryan proposes to do away with categorical eligibility, which allows individuals to qualify for SNAP by receiving a small Temporary Assistance for Needy Families (TANF, the post-1996 welfare program) benefit or service. He would also eliminate the “heat and eat” practice, which allows for increased SNAP benefits based on receiving minimal state government assistance to pay for heating bills.2 Ryan also would eliminate eligibility to receive both unemployment and disability insurance benefits simultaneously.

Chairman Ryan does not propose any significant changes to Social Security. He would, however, create a trigger whereby a 75-year actuarial imbalance in Social Security would require the president to submit legislation to Congress that would correct the imbalance. That legislation would then be considered under expedited procedures.

The Ryan budget also proposes to reform pensions for government employees, including members of Congress and their staffs, by requiring larger employee contributions. The budget calls for a transition to a defined contribution system for new federal employees. He estimates that this provision would save $125 billion over ten years.

Chairman Ryan’s proposal includes estimated savings of almost $3 trillion over ten years on health care entitlement programs.  This compares to $400 billion in estimated health-related savings in President Obama’s proposed budget.  The majority of Chairman Ryan’s proposed health savings (about $2.1 trillion) would come from repealing the coverage provisions of the ACA.

1 The BCA caps only apply through FY 2021. FY 2016 total discretionary spending is at the sequester level, later years are lower.

2 The recent farm bill changed the requirements so that families must receive at least $20 in annual state aid on their heating bills in order to qualify for higher SNAP benefits. This change was estimated to save approximately $9 billion over ten years. Before that, some states would pay recipients as little as $1 a year to qualify low-income individuals for higher SNAP benefits.