After a long and dreary winter, the streets of Washington are once again in bloom. While the most vibrant displays of color and renewal can be found around the monuments and Tidal Basin, spring has also brought some surprising flourishes of possibility to Congress. 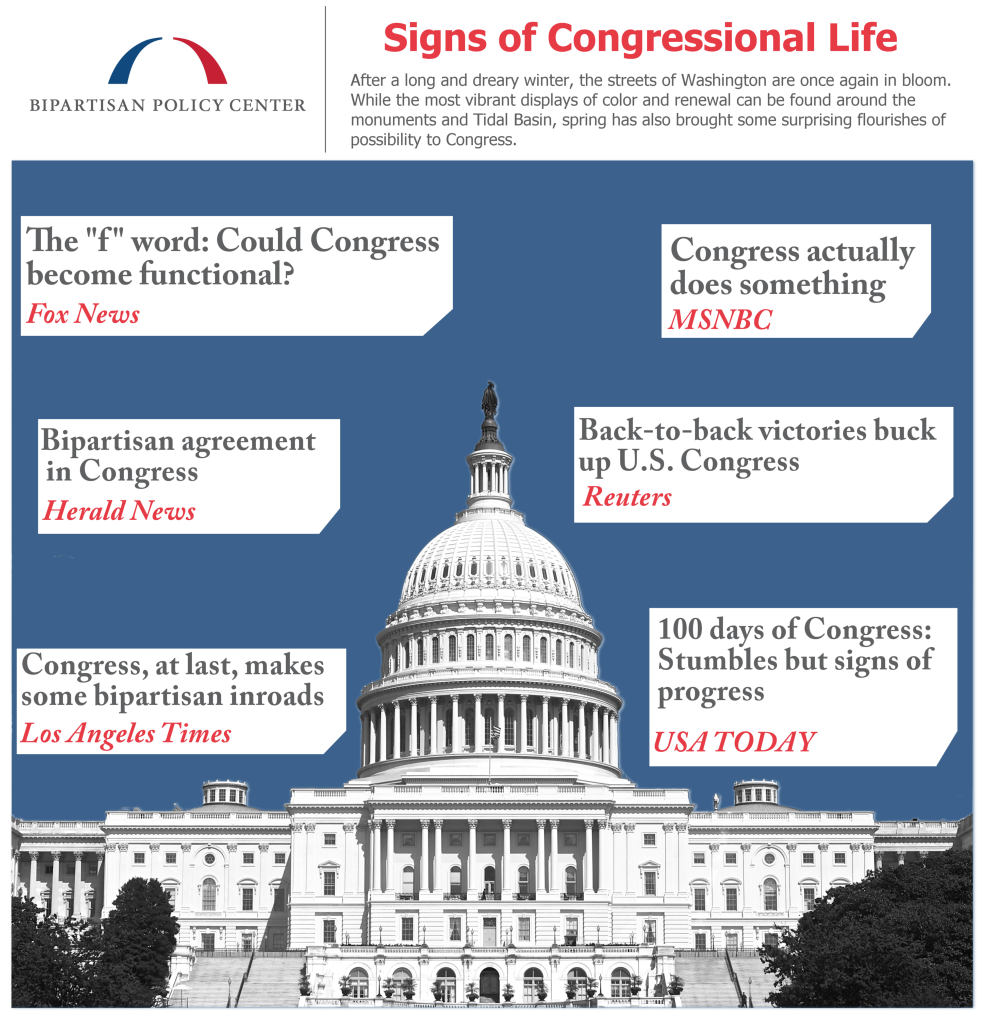 The latest example of bipartisan leadership is an effort to update and reauthorize the Toxic Substances Control Act (TSCA) that was adopted in 1976 to ensure that the thousands of chemicals we rely on every day are effectively evaluated and regulated. There is widespread agreement that the 39-year-old law has not worked. For example, of the over 60,000 chemicals that were “presumed safe” at time of enactment, the Environmental Protection Agency has been able to regulate just five. However, until now efforts to reauthorize the law have fallen to a polarized environment in which proponents of change are either caricatured as “uncaring industry lobbyists,” or “unreasonable environmental zealots.” In both the Senate and House, a set of courageous legislators have stepped forward to challenge this gridlock and explore practical changes that would lead to more protective and economically efficient regulation.

As you would expect, the leaders have been attacked from both sides, but in an encouraging sign both House and Senate efforts are moving forward and gaining momentum. In the Senate, the effort is led by Senators David Vitter (R-LA) and Tom Udall (D-NM). Vitter and Udall introduced the Frank R. Lautenberg Chemical Safety for the 21st Century Act and currently have ten Republican and ten Democratic cosponsors. The Environment and Public Works Committee held a hearing on the bill and a committee mark-up is anticipated in early May.

In the House, Energy and Commerce Committee Chairman Fred Upton (R-MI) and Ranking Member Frank Pallone (D-NJ) are working with Environment and the Economy Subcommittee Chair John Shimkus (R-IL) and Ranking Member Paul Tonko (D-NY) to advance their own TSCA reform initiative. In a nod to good old-fashioned regular order, the House committee leadership has developed a discussion draft and is holding hearings to solicit input on the draft. The time both the House and Senate have devoted to substantive discussion and their receptivity to constructive critique has girded the efforts from aggressive attacks designed to undermine their negotiations.

The ability of these seemingly fragile efforts to withstand blistering intra-party critique and explore new ideas reveals a broader point about the importance of the committee process. In 2013, BPC launched the Commission on Political Reform, co-chaired by former Senate Majority Leaders Tom Daschle and Trent Lott, former Senators Dirk Kempthorne and Olympia Snowe, and former Secretary of Agriculture Dan Glickman. The commission was charged with examining the causes and consequences of our political gridlock and developing recommendations for alleviating the impasse. The result of over a year of deliberations is more than 60 recommendations on how to reform our electoral and congressional systems while promoting public service.

Key to the commission’s recommendations are several proposals aimed at restoring the role of congressional committees in legislative development and oversight. Committees have always been the engines of the democracy where partisan instincts are mediated by substantive expertise, shared interests and core constituencies. Committee-led efforts on both sides of the Capitol to move TSCA reform is an excellent example of how the system can and should work.

TSCA is among a series of critically important environmental and public health laws that have not been upgraded for decades. While there is much work left to do, the fact that this Congress is making meaningful progress engaging this complex and emotionally-freighted issue is cause for guarded optimism. Add this to the recent surge in debated amendments and increased time in session and one can begin to imagine a shift back toward productive partisanship where passionate leaders resolve stark differences absent personal attacks and without compromising their principles.