The long-running debate over discretionary (annually appropriated) spending levels has become immensely confusing. There have been so many different plans and figures thrown around over the past several months that it has been easy to lose track?even for close watchers of the federal budget.

For that reason, we present spending levels set by the Budget Control Act (both the original caps and the post-sequester caps) and compare them to spending under the Bipartisan Budget Act of 2013; the Fiscal Year (FY) 2014 proposals in President Obama’s budget; the Senate-passed budget authored by Chairman Murray; the House-passed budget written by Chairman Ryan (R-WI); and the  levels of the 2013continuing resolution (CR) levels. 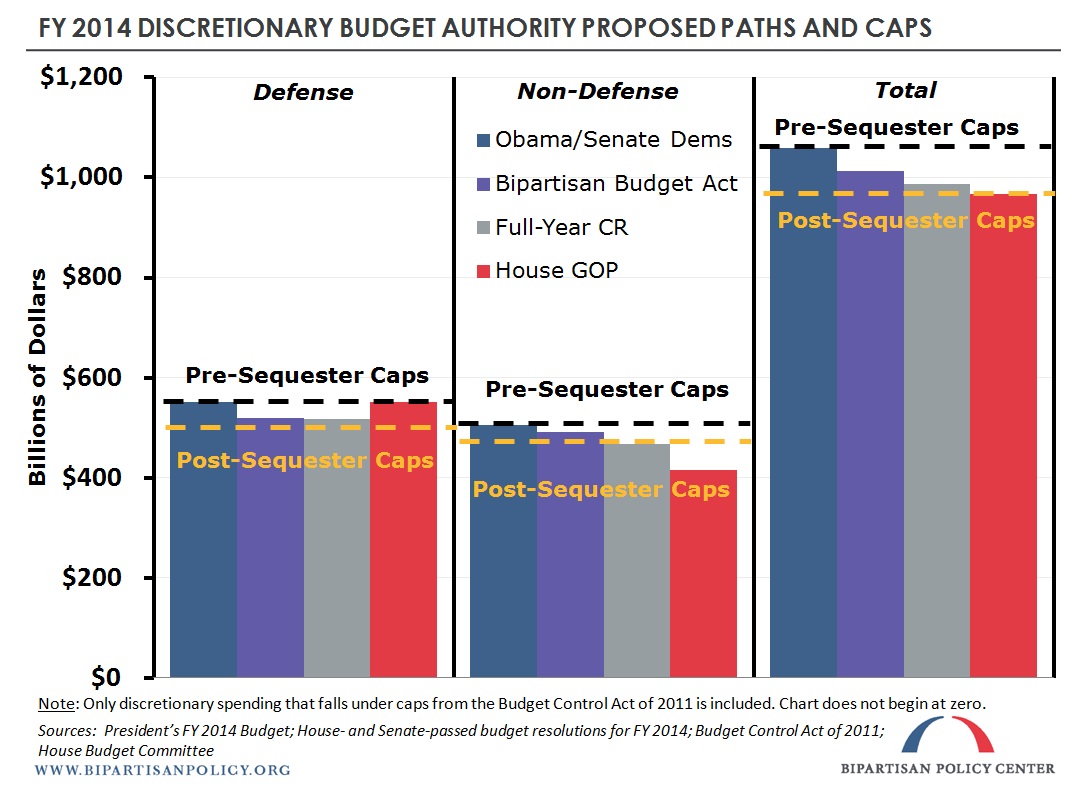 Although various elements of the president’s budget and the Senate-passed budget differ, they share the same overall funding levels for defense, non-defense, and total discretionary spending?so they are considered as one element for the purposes of this comparison. The figures below for the CR are annualized levels.1 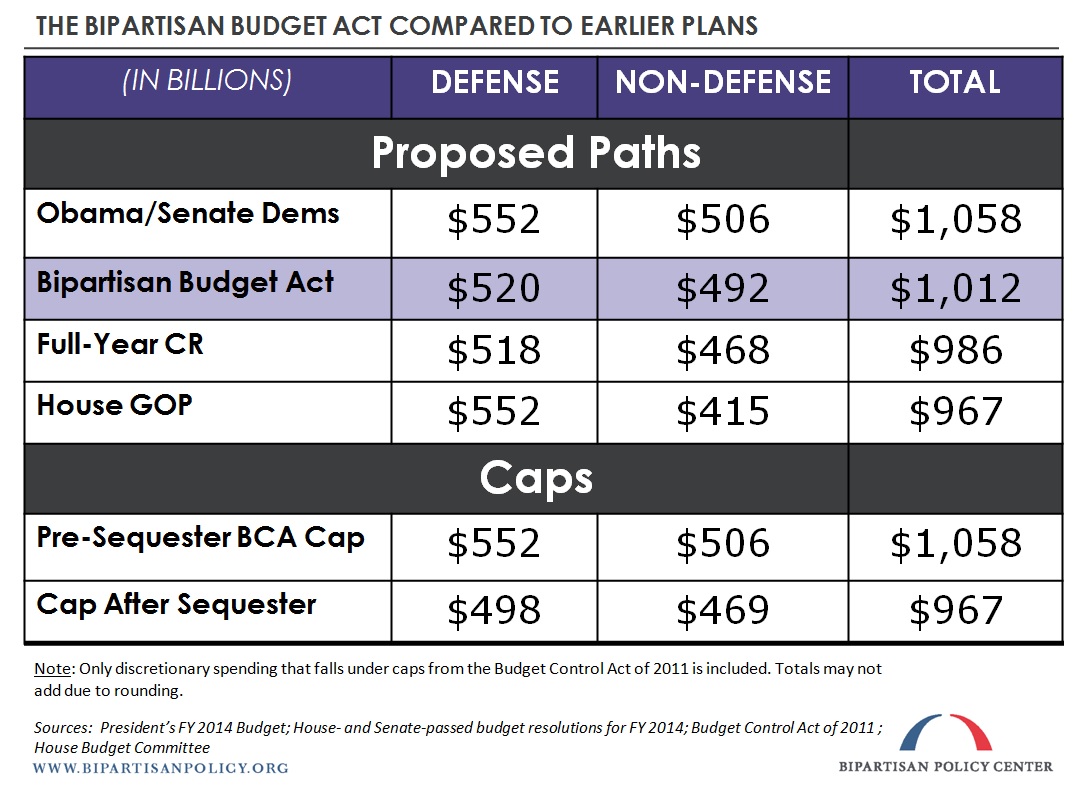 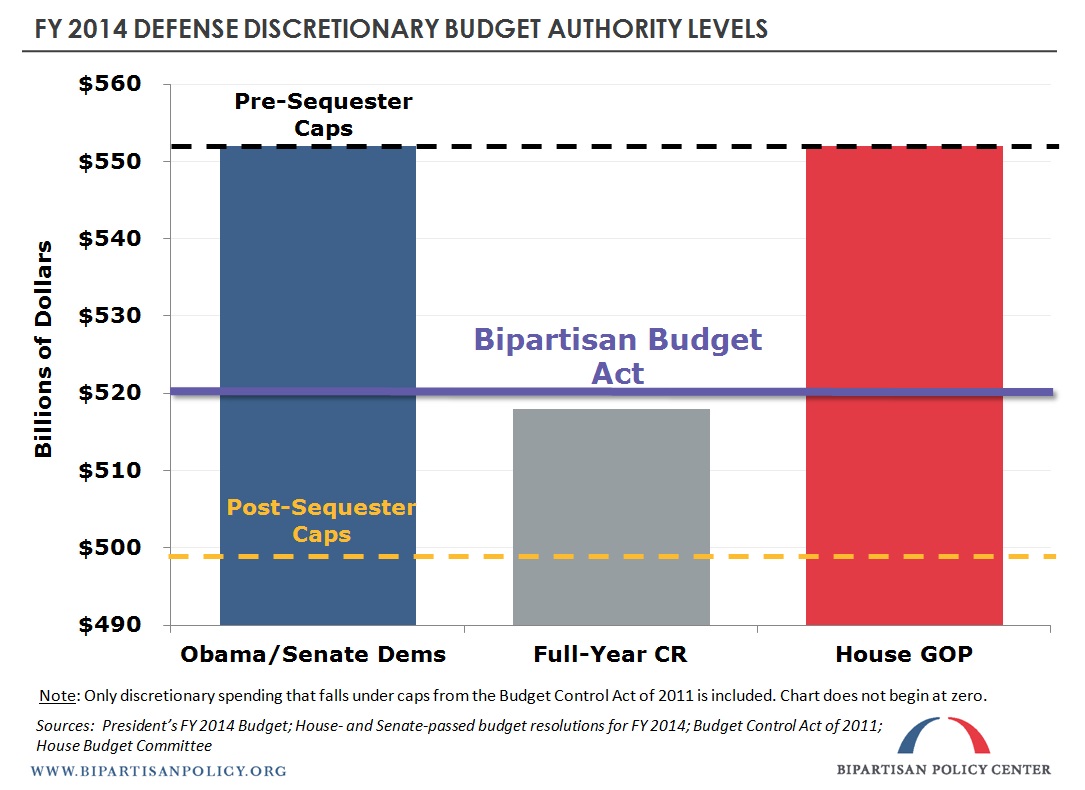 For non-defense discretionary spending, the proposed deal is below the Senate Democrats’ plan and above both the CR and the House Republicans’ plan. 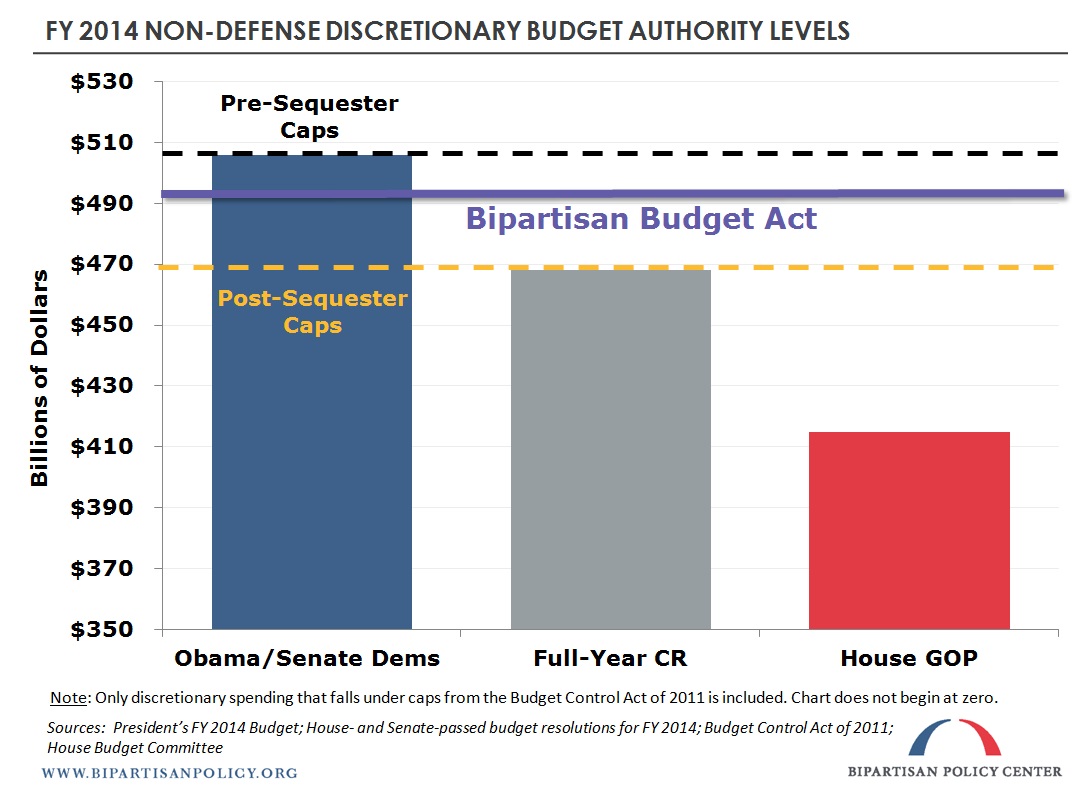 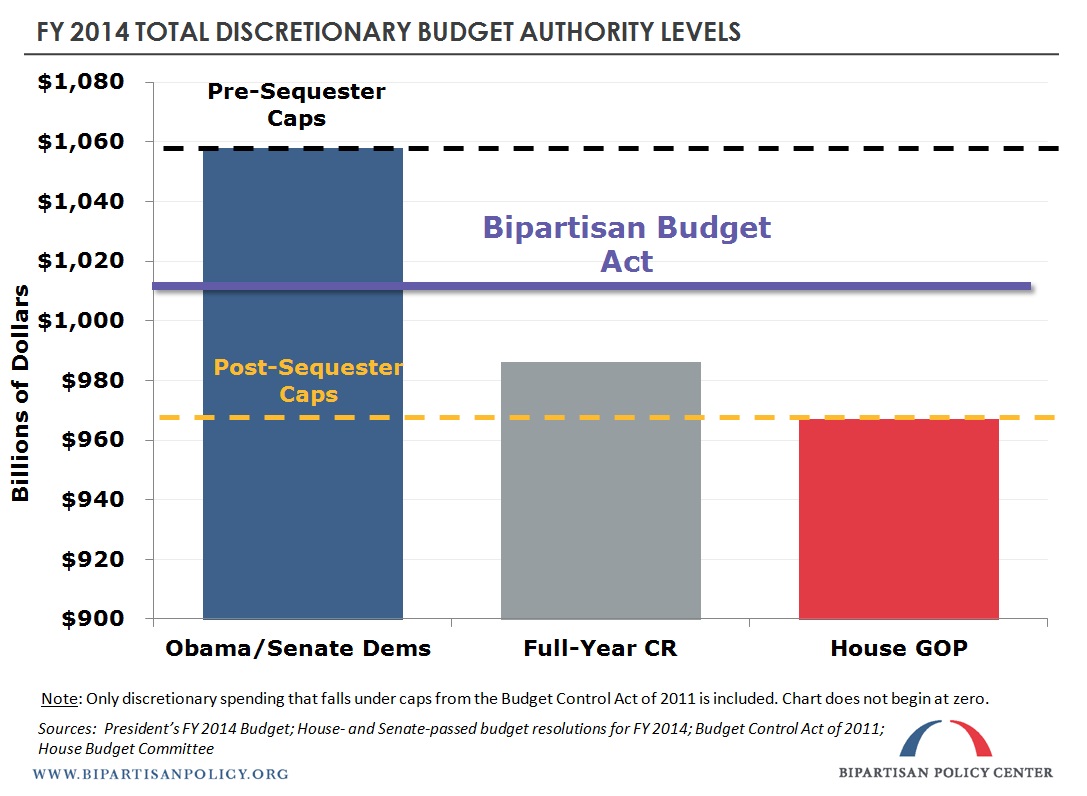 The Bipartisan Budget Act marks a compromise between the spending levels proposed in the House and Senate budgets. The spending increases relative to the sequester will be paid for by a variety of fees and reductions in mandatory spending that we will analyze in the near future.

This post has been updated since its original publication on December 9, 2013.

1 This means that if spending continued at the same rate for all of FY 2014 as it has since the October agreement to reopen the government, the figures presented above are the full-year spending levels that would result. The current CR expires on January 15, 2014.