The Pew Research Center released a wide-ranging poll last week, but we wanted to focus attention on one interesting, somewhat counter-intuitive result ? the public actually supports, by a six-point margin, “limit[ing] [the] home mortgage interest deduction,” and the support extends across party lines. Yet, changing the home mortgage deduction is routinely cited as one of the largest obstacles to any tax reform that would lower rates and broaden the base.

Combined, the home mortgage deduction and the deductibility of property taxes cost the U.S. government over $110 billion annually, according to the Tax Policy Center, which is why reforming them must be a vital piece of any fundamental tax reform plan.

The current structure of the home mortgage deduction is perverse, in that high-income taxpayers who are in the top tax bracket (currently 35%) receive the largest subsidy ? because an additional dollar spent on mortgage interest costs them only 65 cents (after the 35 percent reduction in their income tax liability). The same dollar contributed by an itemizing taxpayer in the 10% bracket costs that taxpayer 90 cents; and, moreover, the 65 percent of tax filers who use the standard deduction or have no income tax liability receive no subsidy at all to own homes.

Instead, both the Domenici-Rivlin Debt Reduction Task Force and the president’s Fiscal Commission recommended converting the home mortgage deduction into a universal refundable credit (of 15% and 12%, respectively). Both plans also cut the cap on the size of a mortgage eligible for the credit by approximately half, and eliminated the credit for second homes.

Under this new proposed structure, everyone who has a mortgage will benefit, rather than the minority of taxpayers who are advantaged under current law.

Changing the mortgage interest deduction to a refundable credit will greatly increase the number of homeowners who qualify, but will reduce the subsidy rate for high-income homeowners. Lower-income families, who most need help affording homeownership, will receive much larger subsidies than under current law, while higher-income households, who are most likely to purchase a home even without a subsidy, will receive smaller benefits. Therefore, this provision is actually likely to increase the rate of home ownership.

As public concern about the unsustainable debt grows and the issue increasingly dominates the political landscape, it is heartening to see a proposal with great potential to curb our deficits gaining bipartisan support from the public. 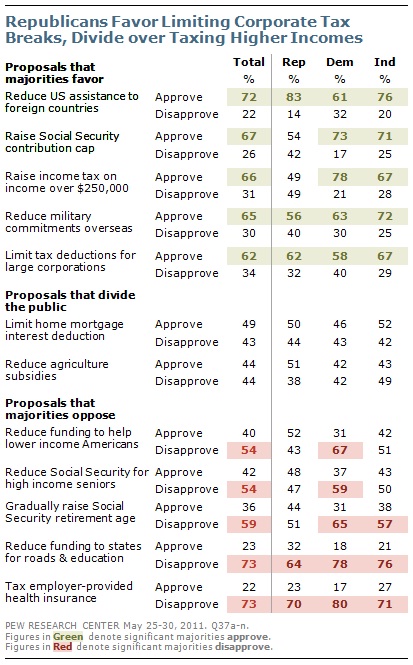