For the past several years, secretaries of defense ? to the consternation of veterans advocates – have warned Congress that the benefit structure necessary to recruit and retain members of the military could begin to compromise its core mission to project force on behalf of national security.

In 2011, then-Secretary of Defense Leon Panetta cautioned, ”growth in personnel costs is on an unsustainable course.”

Last week, Secretary of Defense Chuck Hagel told Congress in formal testimony, ”in the past, many modest reforms to personnel and benefits…were met with fierce political resistance, and they were never implemented.” Secretary Hagel urged Congress to implement those reforms before benefits begin to erode national security. 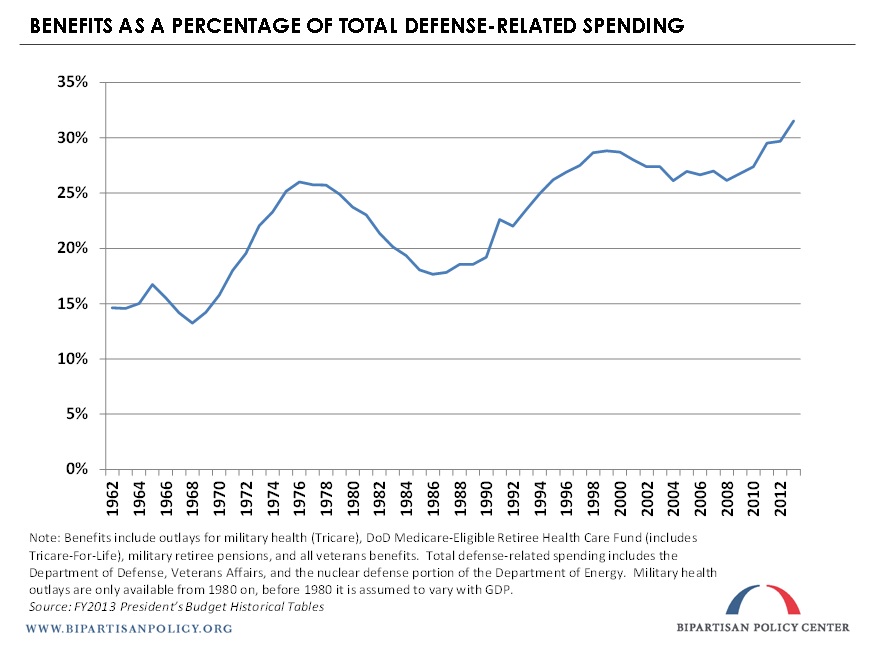 As the chart shows, spending on benefits ? including health coverage and pensions for active service members, retirees, and dependents, plus veterans’ benefits ? now comprises more than 30 percent of all military-related spending. That is much higher than after the Vietnam War, when American armed forces were much larger and the number of casualties dramatically higher than any conflict since then.

The Common Ground Project provides you with real-time insights into key issues before Congress, what’s holding back passage of legislation, and where there might be common ground.