Daschle outlined the challenges of the current health care system ? namely its lack of integration and a payment system that rewards providers for the quantity of services that they perform. “Physicians and other health care professionals, responding to flawed incentives in our fee-for-service system, are penalized for spending more time with patients yet rewarded for ordering unnecessary and sometimes dangerous tests and procedures,” said Daschle. The key reforms in BPC’s cost-containment proposal would realign these incentives through: modernizing Medicare’s purchasing methods, creating Medicare Networks ? integrated provider networks for care delivery ? introducing competitive bidding to Medicare Advantage, and encouraging the use of high-quality, low-cost drugs. 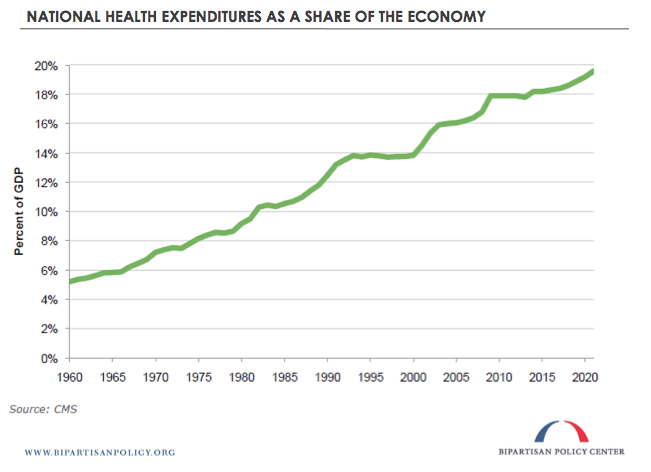 Domenici, noting that health care costs are the major driver behind the soaring deficit, presented estimates of the federal budget savings that would result from the proposals. “We can reduce anticipated federal debt by more than $560 billion over the coming decade. Nearly $300 billion of this reduction would come from reforming Medicare and another $260 billion from reforming the poorly-designed Cadillac tax,” he said, adding that over the second decade, the policies would save “more than an additional $1 trillion from projected deficits.” Domenici also compared the projected ten-year Medicare savings with those of other proposals, specifically that “our Medicare savings exceed those proposed by the president’s budget, and also exceed those of the House and Senate budget resolutions combined.” The estimates in BPC’s proposal are net of paying for the so-called “doc fix,” which would prevent scheduled, automatic cuts to providers from occurring.

Rivlin detailed some of the reforms in the report, such as the three coverage options that would be available to Medicare beneficiaries: the current Fee-for-Service arrangement, new Medicare Networks ? which take the form of enhanced and improved Accountable Care Organizations ? under the umbrella of traditional Medicare, and a more-competitive Medicare Advantage system. Patients and providers would both have financial and practical incentives to form and join Medicare Networks, including the ability to share in savings and better coordination of care. “The proposal will result in savings to our entire health care system, not only in Medicare, but also for private employers and insurers that could contract with the same networks of providers for their employees and their families,” Rivlin emphasized. The proposal would also implement a competitive-bidding structure in Medicare Advantage, while providing transitional protections for beneficiaries in the process. 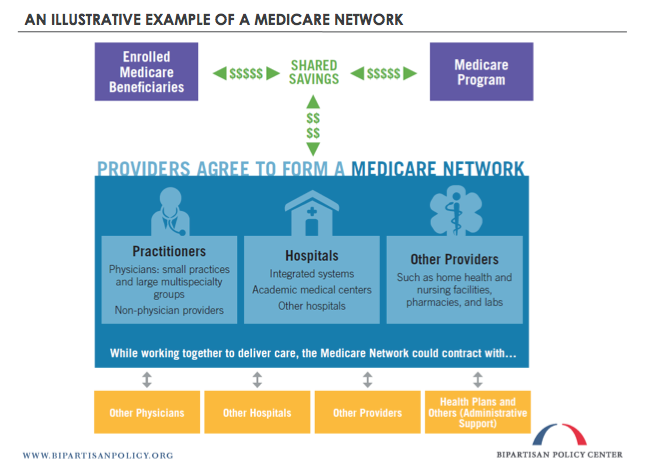 Frist, who appeared via videoconference from a board meeting of the Robert Wood Johnson Foundation (one of the HCCI project’s supporters), focused on the bipartisan effort that went into the final product. “The proposal is an integrated package intended to achieve our long-term strategy of a high-value, high-quality health care system,” said Frist, “rather than a laundry list of cost-saving options.” The proposal would improve not just the care that patients receive, but also the patient and physician experience.

Today’s cost-containment proposal presents a path forward to tackle some of the most important issues faced by the health care system and the long-term fiscal health of our nation. With the report’s release, the onus is now on policymakers to give serious consideration to the ideas contained therein. Given the bipartisan concern over the projected growth in health care costs, action is needed soon in order to give adequate time to implement much-needed reform. In the coming days, HCCI’s leaders and BPC staff will work with legislators, stakeholders, and the general public to build momentum around the recommendations and continue the pursuit of a more effective, lower-cost health care system.