On Friday, BPC’s Foreign Policy Project (FPP) released an analysis of the International Atomic Energy Agency’s latest report on Iran’s nuclear program, including their implications for attempts to prevent Iran from acquiring a nuclear weapon. See below for the full analysis.

Earlier this month, BPC released its fourth report on Iran’s nuclear development, Meeting the Challenge: Stopping the Clock. The report urges the United States to immediately adopt a triple-track strategy that simultaneously pursues diplomacy, tough sanctions and credible, visible preparations for military action on the part of the United States or Israel.

“The IAEA’s latest findings are extremely disturbing, and demonstrate that Iran is accelerating its nuclear program despite tough international sanctions. Iran has reached all-time highs in its production rate of enriched uranium, and installed and operating centrifuges,” said Dr. Michael Makovsky, Director of BPC’s FPP. “Perhaps most worrying, the previously covert Fordow facility near Qom, which began operations in December, is already quickly accelerating Iran’s capability to produce the fissile material needed for a nuclear device. We urge the Obama administration and Congress to adopt the triple-track strategy laid out in our latest report on Iran.”

For more information on the BPC’s Iran Initiative, click here.

Production of 3.5% enriched uranium at fastest rate ever, twice as fast as pre-Stuxnet.

Known 3.5% enriched uranium stockpile reaches 3,020kg; can be used to fuel nuclear reactors. Enough, with further enrichment to 90%, for about one and a half nuclear weapons.

Production rate of 20% enriched uranium at fastest rate ever.

As a result of these developments, the time Iran would need to produce enough fissile material for a nuclear weapon has fallen:

Iran could produce 20 kilograms of highly enriched uranium, enough for a weapon, in as little as 43 days.

Time is running out to prevent Iran from acquiring a nuclear weapons capability. To meet this most pressing national security challenge, our February 2012 report, Meeting the Challenge: Stopping the Clock, co-chaired by former Senator Charles Robb and General (ret.) Charles Wald, called for a robust and comprehensive triple-track strategy, involving the simultaneous pursuit of diplomacy, sanctions, and visible, credible preparations for a military option. 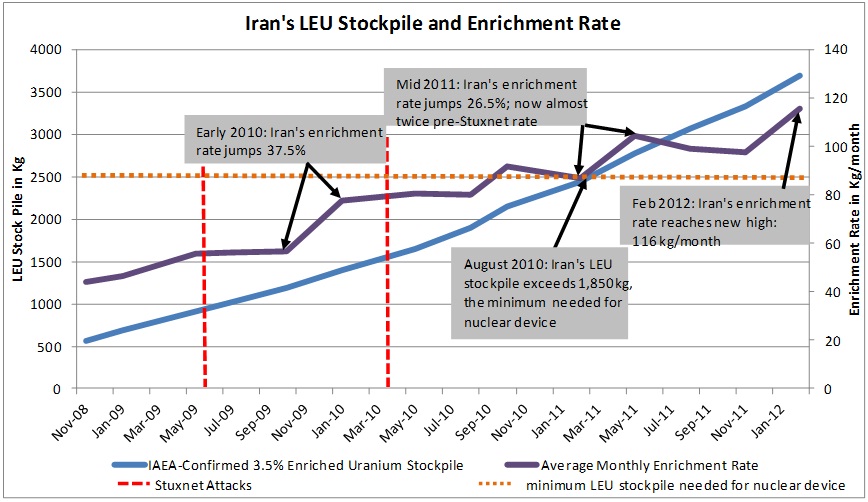 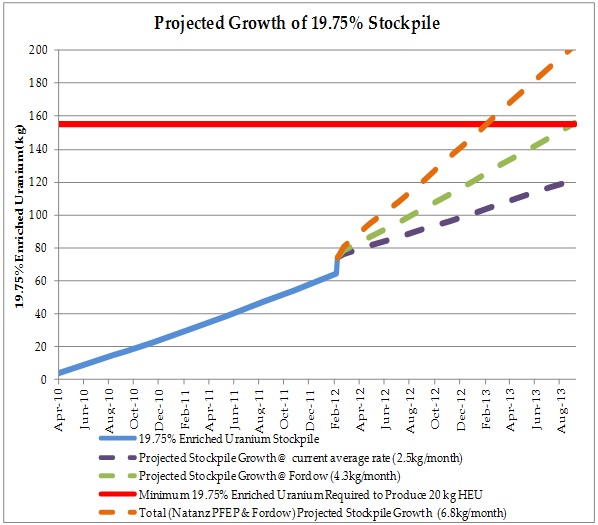 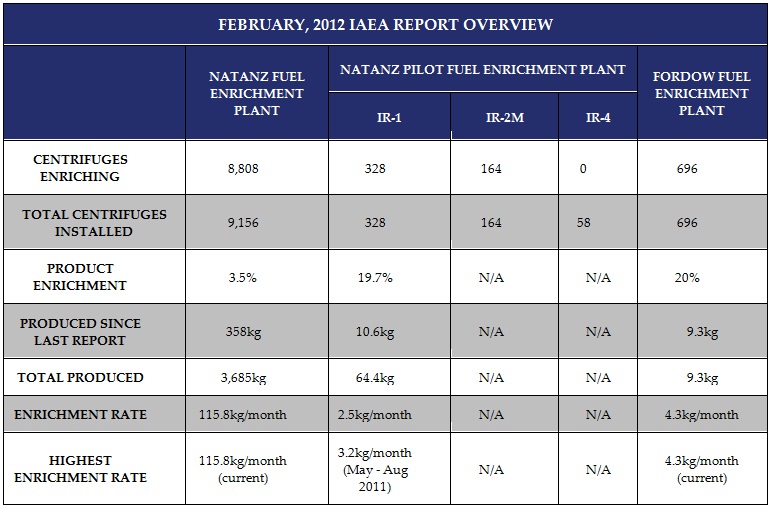 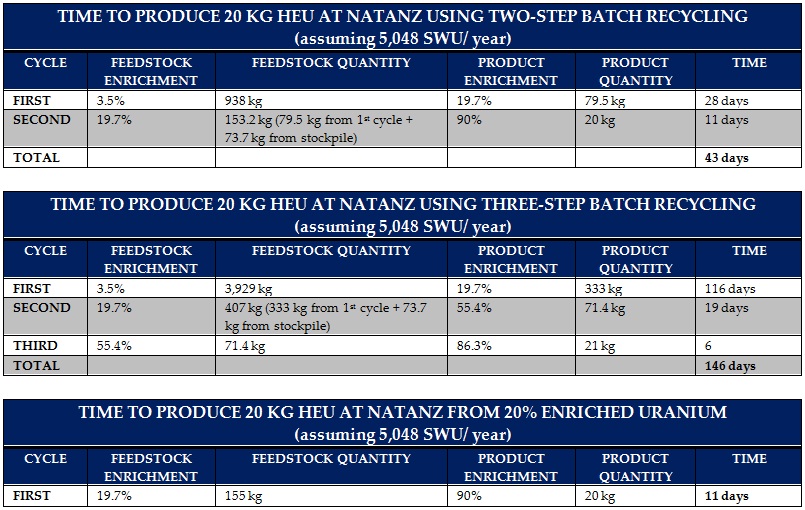 * As of latest IAEA report: “Implementation of the NPT Safeguards Agreement and relevant provisions of Security Council resolutions in the Islamic Republic of Iran,” Board of Governors Report, International Atomic Energy Agency, February 24, 2012 (GOV/2012/9)