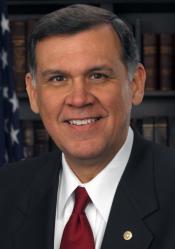 ?For millions of our nation’s citizens, the American Dream has been linked closely with the idea of owning their own home.  Motivated by the best of intentions, the Clinton Administration placed a high priority on increasing the national homeownership rate, which had traditionally stood at around 65%.

Unfortunately, the financial crisis that has hurt so many families has called into question some of these policies and has revealed devastating weaknesses in our nation’s housing finance system. One of the key tasks of the BPC Housing Commission will be to examine what role the federal government should play in shaping the housing landscape and what a new housing finance system might look like.

The Commission will also examine other, related issues. For example, how should federal housing policy adjust to a declining homeownership rate? Should it try to “push back” against this trend or should it adjust and seek ways to help households transition to rental housing. Traditionally, homeownership has been viewed as an important way for families to build wealth. Is this an appropriate understanding of the role of homeownership? Should federal policy support and encourage the view that your home is a wealth-building asset?

I cannot think of a better group of people to work with in seeking answers to these fundamental questions. As Henry points out, we will go where the evidence takes us, and endeavor to provide our nation’s leaders with a set of realistic and actionable policy recommendations.