This midterm election voters in Idaho, Nebraska and Utah, all Republican-led states, approved ballot measures to do the same. When Medicaid expansion is implemented in these states next year, an additional 363,000 people will be eligible for coverage.

Americans turned out in record numbers for this year’s midterm elections and for the first time in a decade voters declared health care as their most important issue. One clear winner from the election was Medicaid expansion, which was on the ballot in four states and an important campaign issue for several gubernatorial candidates. As states look to expand Medicaid, a divided Congress and the Trump Administration will continue to put Medicaid front-and-center at the federal level.

Medicaid, a joint state-federal program, provides health insurance for low-income individuals. The program currently covers one in five Americans, many of whom have complex and costly health care needs and don’t have access to other affordable insurance options. Prior to the midterms, 36 states and the District of Columbia had adopted Medicaid expansion, extending coverage to Americans earning up to 138 percent of the federal poverty level. This midterm election voters in Idaho, Nebraska and Utah, all Republican-led states, approved ballot measures to do the same. When Medicaid expansion is implemented in these states next year, an additional 363,000 people will be eligible for coverage. 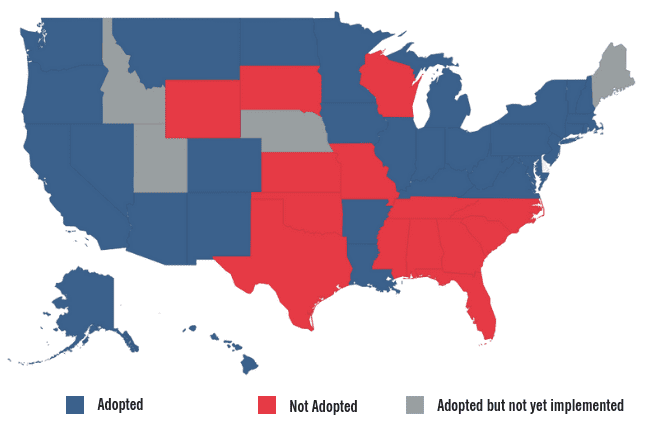 Beyond states ballot initiatives, Democratic gubernatorial wins in Wisconsin, Kansas, and Maine may result in more states expanding the program. In Maine, voters approved expansion via a ballot measure in 2017 but current governor Paul LePage (R) held up the implementation process. Newly elected Governor Janet Mills (D) has vowed to enforce expansion in the state. Wisconsin’s Governor-elect Tony Evers (D) plans to withdraw Wisconsin from multi-state lawsuit against the Affordable Care Act and may also stop outgoing Governor Scott Walker’s (R) plan to require some residents on Medicaid to work and pay premiums and copays. In Kansas, Governor-elect Laura Kelly (D) has made clear that Medicaid expansion will be one of her top priorities in office. With Medicaid set to expand in Idaho, Nebraska, and Utah, and potentially in Maine, Wisconsin and Kansas, about a half a million people will have access to the program next year.

The only Medicaid initiative this cycle that failed was in Montana. Montana originally expanded Medicaid in 2015 which meant coverage for around 129,000 residents. However, funding for the expansion is set to end in June 2019. A ballot initiative was put forth to extend funding but received strong opposition from the tobacco industry since the initiative was to be financed by a new cigarette tax.  The state legislature could reauthorize the funding in 2019, despite the initiative being voted down by voters.

At the federal level, Democrats in the House have vowed to defend and improve Medicaid in the 116th Congress. With a divided Congress, they will be able to stop Republican efforts to repeal the Affordable Care Act outright and limit their attempts to cap Medicaid spending. In January 2018, Centers for Medicare & Medicaid Services (CMS) announced a new policy allowing states, through the waiver process to implement work and community engagement requirements for certain Medicaid enrollees. CMS approved waivers for Indiana, Arkansas, and Kentucky.  The work requirements in Arkansas and Kentucky are currently being challenged in court.

As the court cases continue and new representatives at the state and federal level prepare to take office in January, many questions about Medicaid expansion remain. However, voters have made it clear that Medicaid should continue to expand across the country.