Which of the recommendations in the BPC Housing Commission’s report should receive highest priority?

BPC’s proposal to increase funding to the Low Income Housing Tax Credit (LIHTC) by 50 percent presents an exciting opportunity to preserve and improve even more housing for low-income populations across the nation. For every new affordable apartment created, two are lost due to deterioration, abandonment or conversion to more expensive housing. Without preserving existing affordable housing, we fall two steps back for every step we take forward. The LIHTC saves homes while simultaneously creating jobs and tax revenue. Increasing its funding merits the highest priority among BPC’s recommendations.

The LIHTC is the nation’s largest affordable housing program. It accounts for approximately 90% of all affordable housing created in the United States today and provides substantial funding — billions of dollars annually — for the preservation of existing affordable housing. More than 105,000 affordable homes are placed in service through the tax credit each year. Despite that effort, the gap between the need for additional affordable housing and what is being created continues to grow. BPC’s recently released report, the culmination of a detailed examination of the nation’s housing issues, recommends increasing funding to the LIHTC program by 50% over current funding levels. If adopted, this would be an enormous win for the elderly and families in need of affordable housing, vastly improving states’ ability to preserve and improve the affordable apartments these people call home. 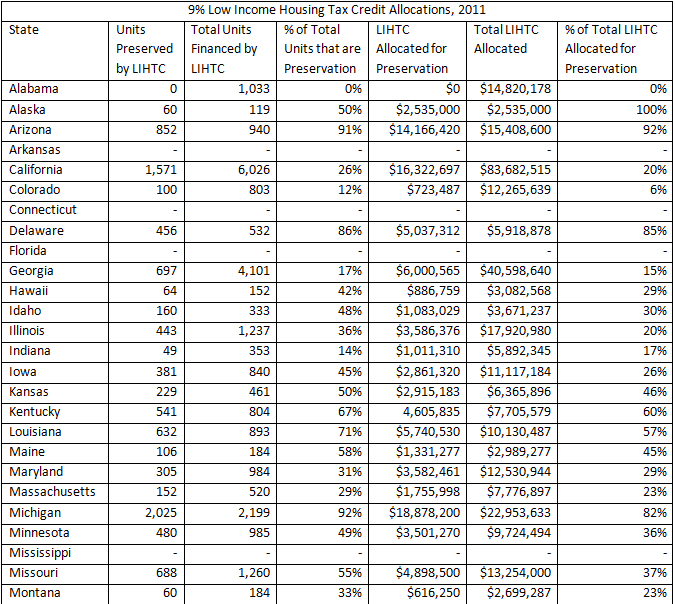 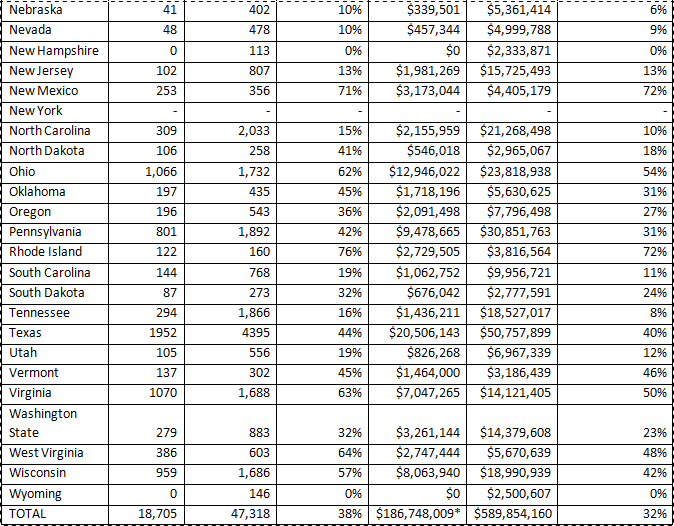 This chart represents the numbers reported by each state’s Housing Finance Agency.

In addition to the 350,000 to 400,000 additional affordable rental housing units that BPC estimates a 50% increase in LIHTC funding would produce over the first ten years, the LIHTC also serves as a job creator. When NHT/Enterprise Preservation Corporation used LIHTCs to preserve 32 units of affordable housing at St. Dennis Apartments in the gentrifying Mt. Pleasant neighborhood of Washington, D.C., nearly 40 jobs were created in the first year of development. As a result, federal, state, and local taxes all saw increased revenue.

Welcome to the BPC Housing Commission expert forum! This forum is intended to foster interactive and substantive discussion about pressing housing issues. Each month contributors from different parts of the housing sector will be invited to respond to a discussion topic. Guest posts will feature prominently on BPC’s website, as well as be shared regularly with Housing Commissioners to help inform their work.

Have a pressing question you’d like us to consider? Please leave it in the comments section. We encourage you and our expert bloggers to add comments, contributing to the national dialogue on solutions for the future of the housing sector.

Expert bloggers are not members of the BPC Housing Commission. Any views expressed on this forum do not necessarily represent the views of the Housing Commission, its Co-Chairs, or the Bipartisan Policy Center.