Immigration plays a critical role for the United States in maintaining healthy population growth, helping to ward off the population stagnation or decline that several other major economies are facing. Recent population projections from the Census Bureau contain new and updated information about the shifting landscape of U.S. immigration and the country’s demographic outlook. According to the latest data, immigration will continue to account for most of the country’s population growth in the upcoming decades. 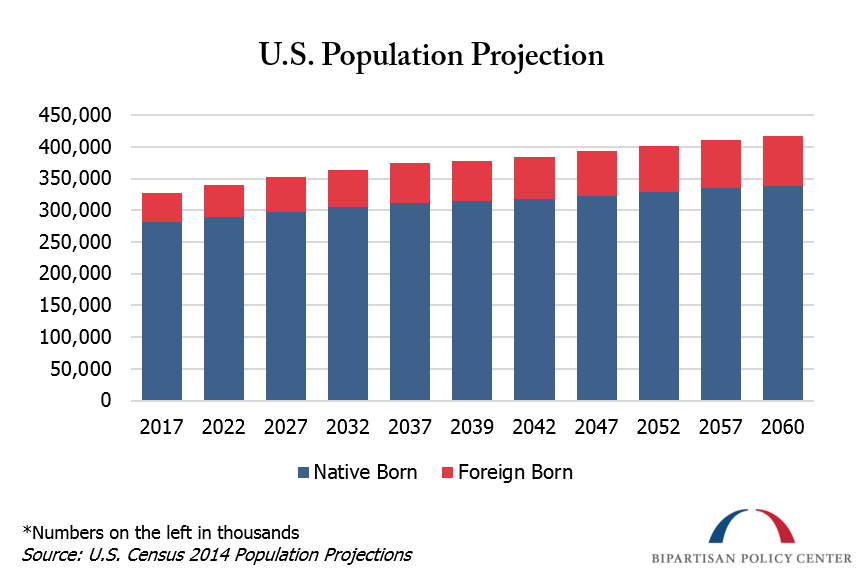 Increased population growth is important for many reasons, but perhaps most importantly for economic growth and fiscal health. According to the Bipartisan Policy Center’s (BPC) demographics report, “a healthy level of population of population and labor force expansion contributes to both the supply and demand side of economic growth.” A growing population increases the demand for goods and services while also increasing the number of workers in the labor force. When the labor force declines, businesses have difficulty expanding and competing economically.

A growing population also helps fiscal health by increasing the number of working age adults paying into retirement and social insurance programs. Nations with declining populations face major fiscal problems that can be difficult to solve. For example, Japan’s population decline began in 2004 and it now grapples with the challenge of fewer youth and working age adults to support a growing elderly population. According to The Diplomat, in 2060 “as high as 40 percent of the [Japanese] population could be 65 or older. Not only is that a recipe for a social security disaster, but it would also rob Japan of any capacity to remain competitive on the world stage.”

In the United States, the total population is projected to continue growing over the next 40 years, but the rate of annual growth will slow. The Census Bureau projects an average overall annual growth rate of 0.58 percent per year, but the growth rate is higher in 2015 (0.82 percent) than it will be by 2060 (0.46 percent).

Among the native-born, births of new Americans continue to grow over this period, however, the rate of growth is projected to decrease until 2048 when only 1.1 million Americans will be born. 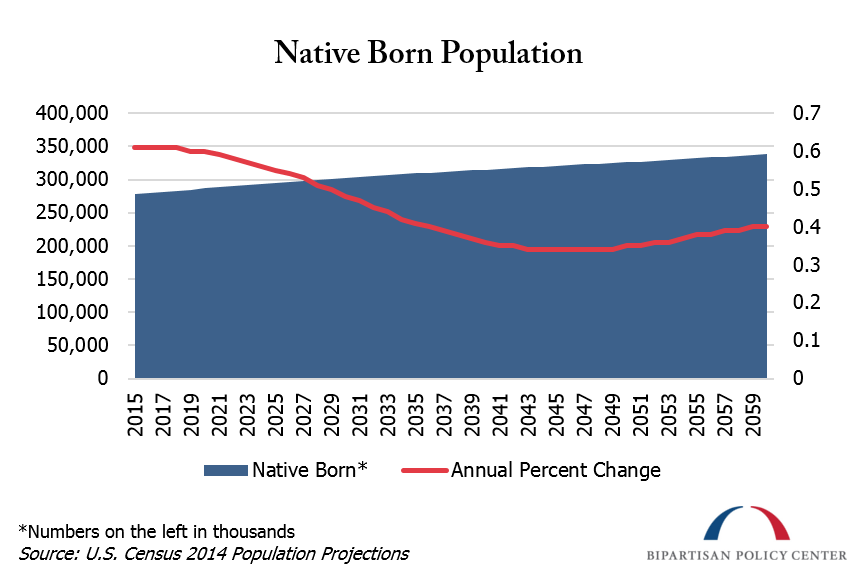 While the United States will remain a destination for immigrants, the annual growth rate of the foreign-born will actually slow in the coming decades. In actual numbers, the current projection states that the foreign-born population will grow from a total of 43 million to about 78 million over the next 50 years. However, the rate of growth will slow from 2.18 percent in 2015 to 1.22 percent in 2040 and 0.69 percent in 2060. 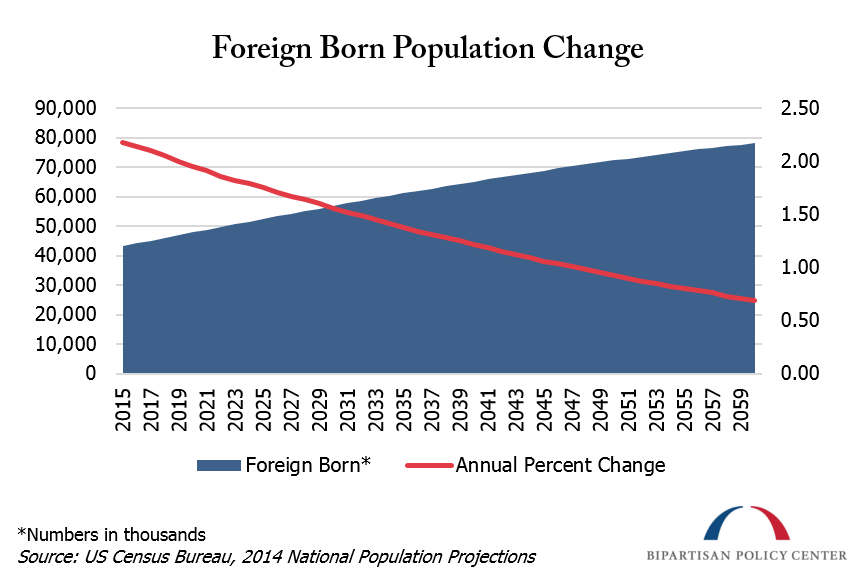 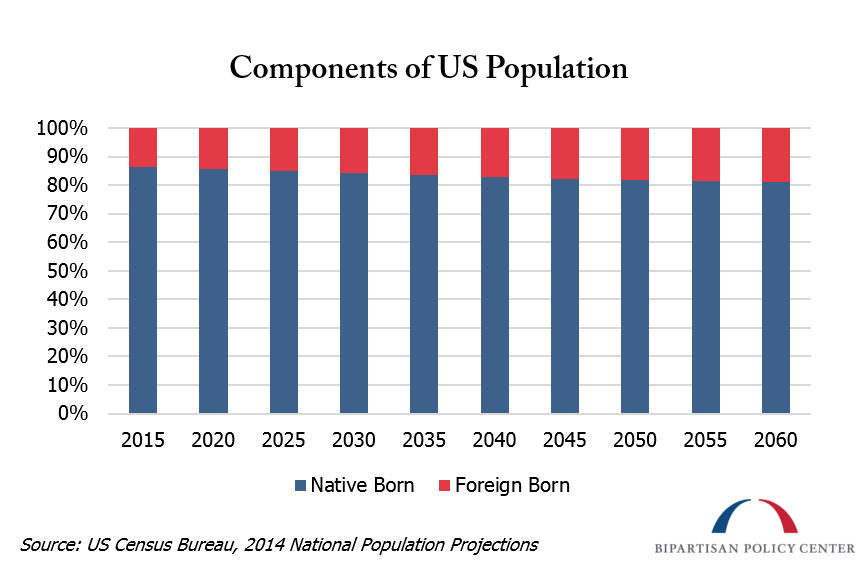