The Bipartisan Policy today launches the All Things Election podcast to keep you in the know about everything election related. In our first episode, we talk to Missouri Secretary of State Jay Ashcroft about voter registration modernization in his state and why complete and accurate voter rolls improve Americans’ voting experience.

Americans will go to the polls this November for the 116th time in our nation’s history to pick members of Congress. But the general Election Day is only one milestone in a process that is already underway.

Over the next year, the All Things Elections podcast will cover redistricting, primaries, campaign finance, campaign advertising, Election Day processes, and canvassing and certification to name a few. This first podcast in the series is about voter registration modernization, specifically state efforts to build more secure and complete voter rolls, with special guest Missouri Secretary of State Jay Ashcroft.

BPC hosts the continuing work of the 2013-2014 Presidential Commission on Election Administration. The Commission made recommendations in many areas, and strongly endorsed data sharing efforts across state lines to improve voter rolls. Since Americans move a lot, states are faced with constant challenges maintaining their lists and identifying new potential voters in their jurisdictions. 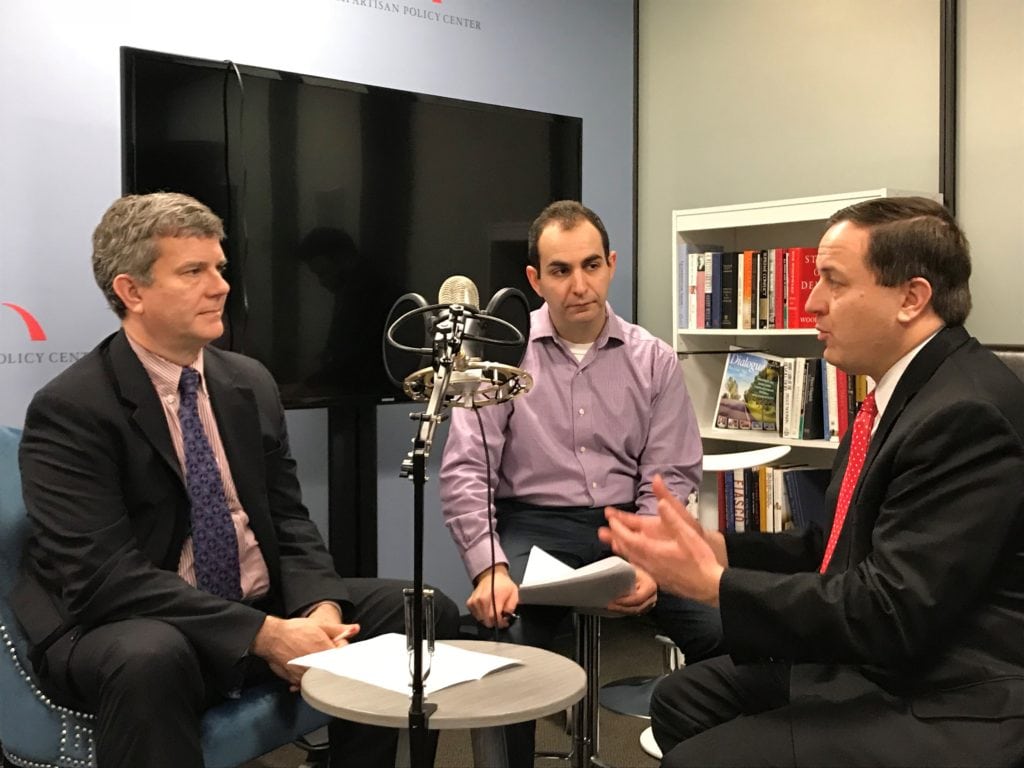 The bipartisan, state-run Electronic Registration Information Center (ERIC) is one such program to help states address these issues. In late 2017 and early 2018, Arizona and Missouri joined the compact. And just today, Florida passed authorizing legislation to become the 24th ERIC member state.

Secretary Jay Ashcroft is in his first term as Missouri Secretary of State. He was in Washington, D.C., last week to participate in the annual meeting of the National Association of Secretaries of State. In speaking with Democracy Project director John Fortier and associate director Matthew Weil, Secretary Ashcroft outlined a few benefits of the ERIC program.

Ashcroft said that ERIC “helps us make sure the people registered in Missouri are actually living in Missouri and they’re not registered in multiple other states?but it also helps us to reach those individuals who maybe have moved into our state?. It gives us the opportunity to identify those people and make a little bit more of a concerted effort to reach out to them and politely say we’d love to help you get registered.”

We encourage our listeners to hear the whole interview with Ashcroft as he explains his motivations for pursuing ERIC membership in his state. And share your thoughts with BPC via Twitter (@BPC_Bipartisan), on Facebook, or by emailing [email protected] to let us know which aspects of elections you would like to hear more about.

The State of Campaign Finance in the U.S.