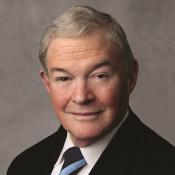 ?Homeownership, the linchpin of the American Dream, recently turned into a nightmare for many families who could no longer afford their mortgages and, in turn, our neighborhoods, communities, and entire economy suffered. Solving these, and other pressing short-term issues like homelessness and lack of safe and affordable housing, and addressing long-term questions on the appropriate role of the federal government in housing will be no small stump to jump.

But as the recent crisis has proven, we cannot afford to fail.

While bipartisanship has become something of an anachronism in today’s Washington, only through across-the-aisle consensus can true reform be achieved, which is why it is an honor to be selected as Co-Chair of the Bipartisan Policy Center’s Housing Commission.

Since serving as Missouri’s Governor, and then as a United States Senator, I have worked to be an advocate for improving public housing and advancing community development. Some of my proudest achievements are helping shape housing policy and programs in homelessness, rural housing, public housing, HOPE VI, and affordable housing. None of these successes would have been possible without strong partners on the other side of the aisle.

In fact, my fellow Commission Co-Chair, and former HUD Secretary, Henry Cisneros and I, were referred to in a 1996 Wall Street Journal article as the ?Odd Couple’ of federal housing policy ? a moniker I still wear as a badge of honor. Though it was a different time in our nation’s history, Henry and I were then ? as we are now ? committed to coming together to address long-ignored problems with immense implications.

Working with our colleagues Senators Mitchell and Martinez, we understand that real reform will take more than bipartisan consensus, but also the willingness to come to the table with open minds. Too many in Washington seem more devoted to protecting turf and pet programs, rather than the people and communities these policies are supposed to serve. That must change, and this Commission will take the first step.

We will call to the table those willing to think differently about our housing system and offer out-of-the-box solutions. The shifting demographic and economic trends of our nation mean that options, perhaps never before considered, might need to be examined. There will be different views. Differing opinions and approaches will make our deliberations interesting, and make our eventual recommendations stronger.

This Commission’s work could not come at a more important time ? as we are all painfully aware, we are at a crossroads when it comes to housing policy in this country. We have seen the devastating human after-effects of a housing “bubble,” and how the housing market meltdown nearly precipitated a worldwide economic depression. A comprehensive, bold housing plan for our nation is needed and I am excited to be a part of that vital effort.