As we approach the Turkish parliamentary elections on June 7, the Bipartisan Policy Center (BPC) will examine a variety of factors that may influence the results of these significant elections, including the economy, election oversight, and the process of forming a new government. Read our new report on what’s at stake in Turkey’s elections. You can also view all of BPC’s past work on Turkey.

BPC Foreign Policy Director Blaise Misztal and Turkey Task Force member Alan Makovsky are on the ground in Turkey this week for the election.

Ahead of the parliamentary election on Sunday, June 7, Turkey is pulsating with energy; the streets are full of flags, banners, roving megaphone trucks and pop-up stands for each of the four main parties (the ruling Justice and Development Party [AKP], main opposition Republican People’s Party [CHP], nationalist National Action Party [MHP], and pro-Kurdish Peoples’ Democratic Party [HDP]), although the AKP dominates billboard and street-side advertising. Underlying this excitement, however, there is a discernible note of near existential anxiety and dread.

The election is universally described as a momentous one, with some suggesting that it might be the most important Turkish election in over a half century, since what is generally considered the first real multi-party election in 1950. Turks describe Sunday’s parliamentary elections as not just a “crossroads” or “turning point” for the country, but much more tellingly, in the words of one keen Turkish observer, as “judgment day.” 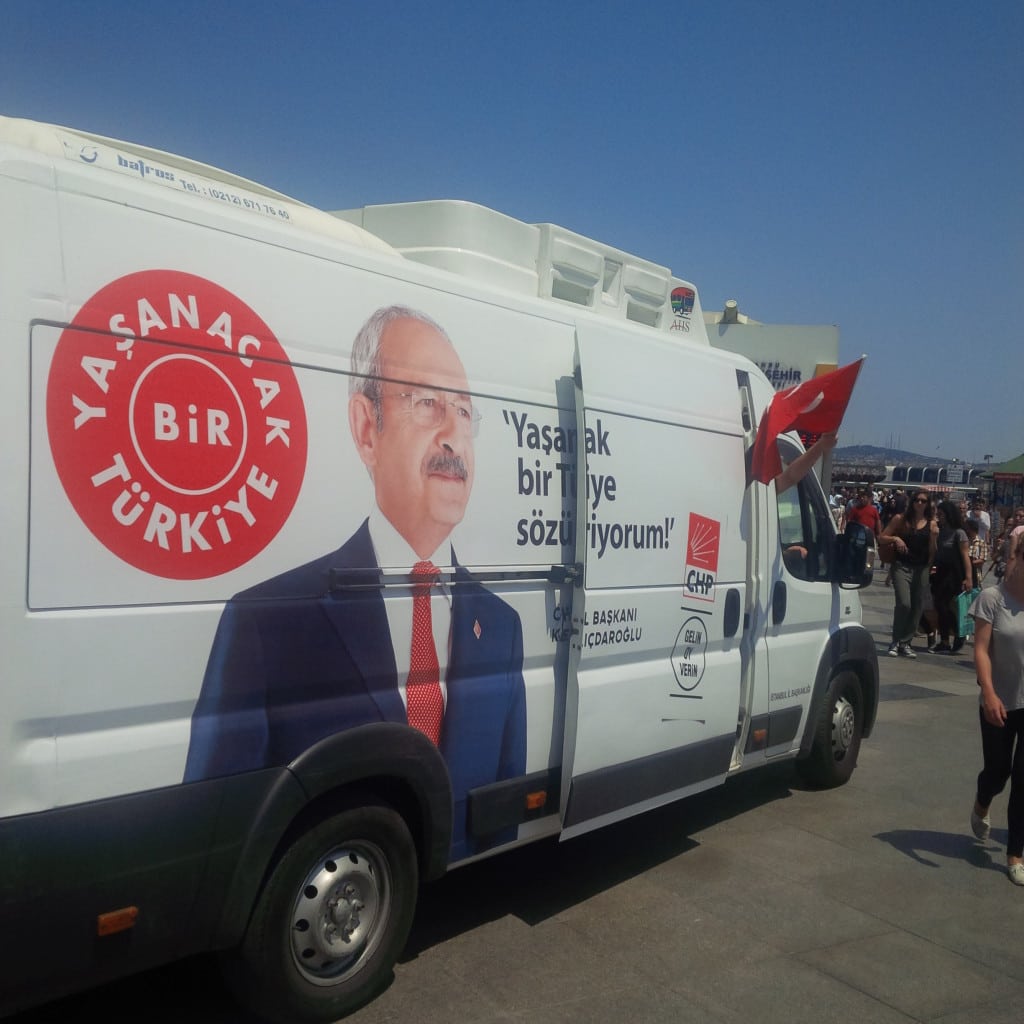 That term is grounded in the election’s high stakes for the country’s future political direction?as described in a recent BPC analysis?as well as for the political landscape itself. Members of Turkey’s political class have been clear that for at least three of the four main parties, this election may determine its future leadership and orientation.

The most obvious example of this is HDP, which is running as a party for the first time, seeking to overcome the 10 percent threshold for gaining seats in parliament. Failure to exceed the threshold will significantly limit the party’s power and could impact how Turkey’s Kurds decide to continue seeking their civil rights and liberties. Speculation persists that an HDP performance of less than 10 percent could swing momentum back toward a strategy of armed resistance. 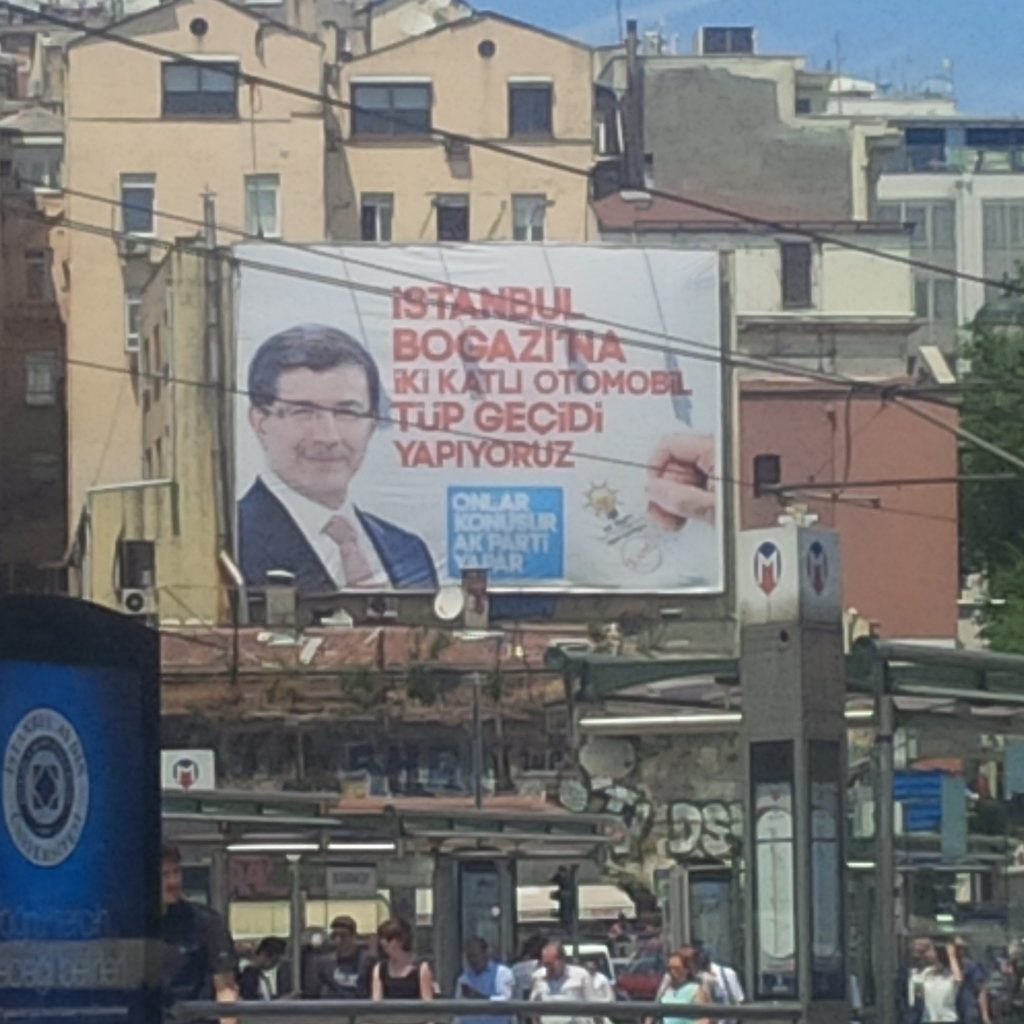 For the ruling AKP, the central question is the fate of party leader and Prime Minister Ahmet Davuto?lu, whose face graces election posters on seemingly every corner here in Turkey. A poor performance by AKP?defined as anything below 40, or maybe even 42, percent?would likely mean his dismissal. But, more importantly, it could also create fissures within AKP that might even create an opportunity for sidelined former President Abdullah Gül to reemerge on the scene and attempt to lead a breakaway faction.

The election is also a critical moment for CHP, the party of modern Turkey’s founder, Mustafa Kemal Atatürk, which hasn’t been in government since 1996. Its leader, Kemal K?l?çdaro?lu, has spent major political capital seeking to remake CHP into a modern social democratic party, rather than one that emphasizes nationalism and secularism above all else. This required marginalizing ingrained party elites by?uniquely among Turkey’s parties?holding primaries to select the majority of the party’s candidates. K?l?çdaro?lu also brought in fresh blood to the party’s leadership structure. Should the gambit pay off and CHP receive at least 28 percent of the vote or so, K?l?çdaro?lu will have a good case for continuing his reforms. But if the party falls below 26 percent, it is expected that K?l?çdaro?lu, and his vision, will be pushed aside. 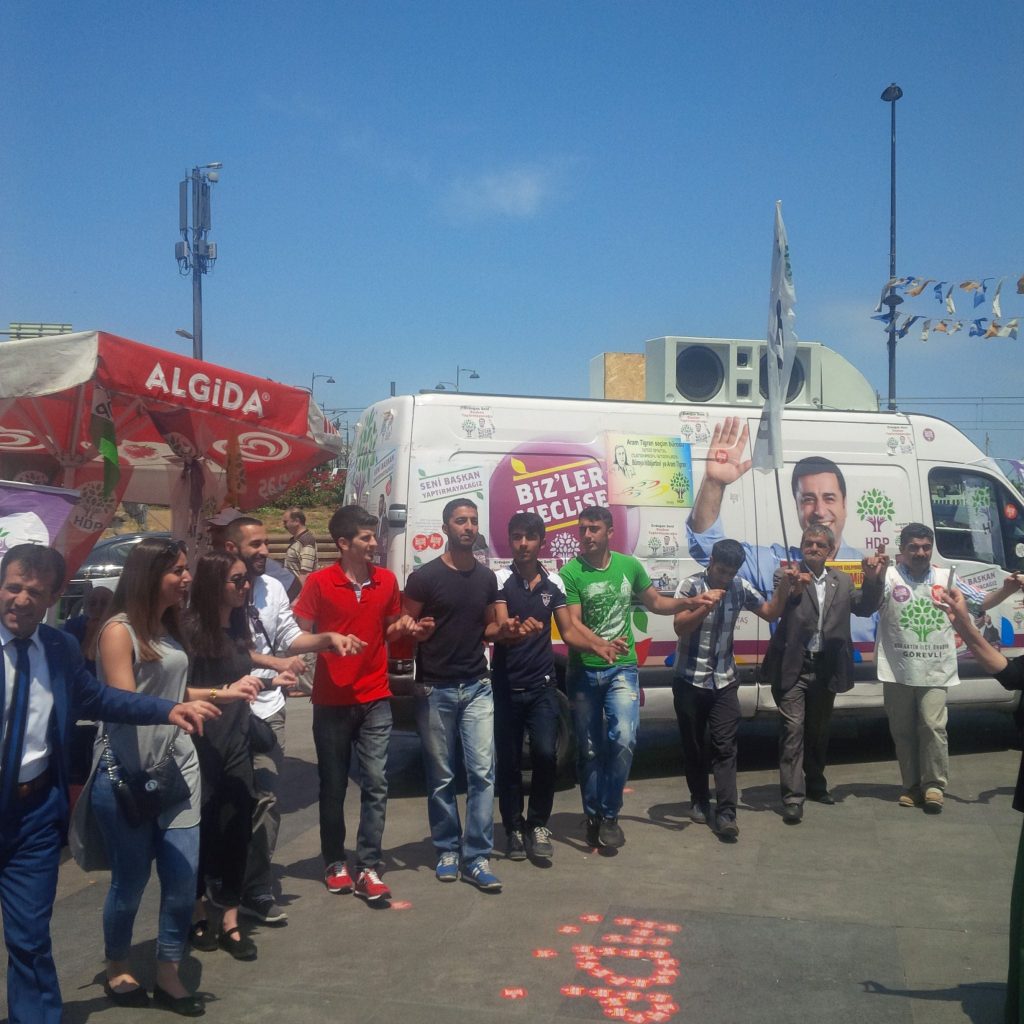 The stakes of the election are clear, although the outcome itself is not, adding to the anxiety. All the parties, unusually, appear to have run strong campaigns. “They talk, AKP does,” AKP’s main slogan, is pithy and captures what its supporters most value: the improvement to their daily lives that has come over the last 12 years of AKP rule. CHP has tried to undermine the AKP’s strategy by focusing on economic issues during a period of slowdown, developing a detailed growth-oriented agenda and harping on Turkey’s growing income inequality under the AKP. HDP too is running a positive campaign, to the extent that Davuto?lu felt compelled to complain that HDP leader Selhattin Demirta? is only “pretending to be a nice guy.” Indeed, Demirta? is trying to redefine the party as an inclusive, liberal party focusing on “normalizing” Turkey and strengthening its democracy, rather than promoting narrow, Kurdish issues. Strikingly, he held a large rally last week in Istanbul in which supporters prominently displayed Turkish flags and pictures of Ataturk as well as HDP and Kurdish flags. Demirta? has pledged that his party will remain national?not merely Kurdish?in outlook, regardless of the outcome on June 7.

Also hovering over the election is the fate of Turkey’s president, Recep Tayyip Erdo?an, who could emerge with strengthened prospects for establishing an unassailably powerful presidency, should the AKP do well in the election, or with a significantly weakened political position, should AKP lose its majority.

Turkey’s electorate, as a result, appears much more in flux than it has been in a decade. AKP is said to be losing conservative Kurdish voters to HDP and nationalists to MHP. Some CHP and MHP voters, particularly among the elites, have decided to vote tactically for the HDP, realizing that HDP’s entry into Parliament could make the difference between AKP winning a sizable majority or no majority at all. For its part, AKP plays upon a belief widespread even among secularists, though they rarely acknowledge it publicly, that only an AKP-majority government can be an effective steward of Turkey’s economy. Another prominently displayed AKP slogan: “The right choice is stability.”

With no party certain of the votes it will garner on Sunday, it will indeed be judgment day.