The state will require many employers to automatically enroll employees in payroll-deduction retirement accounts:

Last weekend, outgoing Illinois Gov. Pat Quinn signed legislation to create the Illinois Secure Choice Savings Program. The law, when implemented, will require all employers that have at least 25 employees and that have operated for at least two years to either offer an employer-sponsored retirement plan (such as a 401(k) plan) or automatically enroll their employees into the new Secure Choice program.

This new Illinois Secure Choice option will be structured as a Roth IRA (meaning that contributions are not tax-deductible, but distributions after age 59 ½ are free of income tax) with the investments managed by a private-sector entity that would be hired by a newly appointed state board. The default employee contribution rate would be 3 percent of pay and would be invested in a target-date fund, which is a type of mutual fund that shifts its asset allocation from more volatile, higher-return investments (such as equities) toward less volatile, lower-return investments (such as bonds) in order to reduce risk as the participant’s target retirement date approaches. Employees could change their contribution rate or opt-out of participation entirely. Employers participating in the new Secure Choice Program would not be allowed to contribute to their employees’ accounts. The administrative costs of the Illinois Secure Choice Program are intended to be covered by fees assessed on participant accounts, which are not to exceed 0.75 percent of account balances annually.

About 40 percent of the workforce does not have access to an employer-sponsored retirement plan (whether defined benefit (DB) or defined contribution (DC)); low-earning, seasonal, and part-time workers, as well as employees of small businesses, are especially likely to fall into that category. 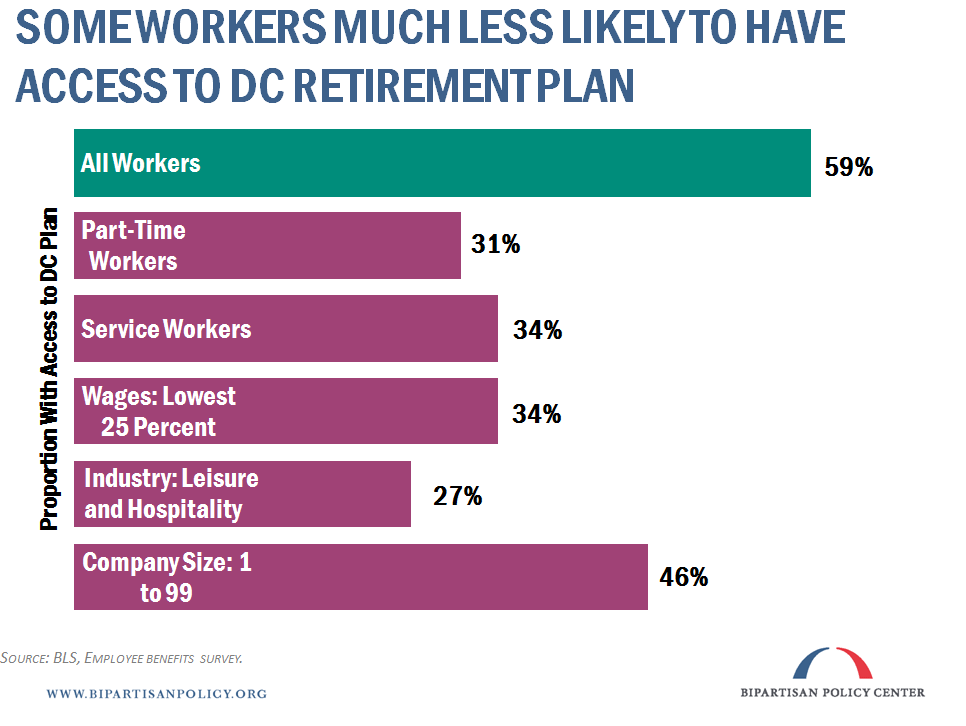 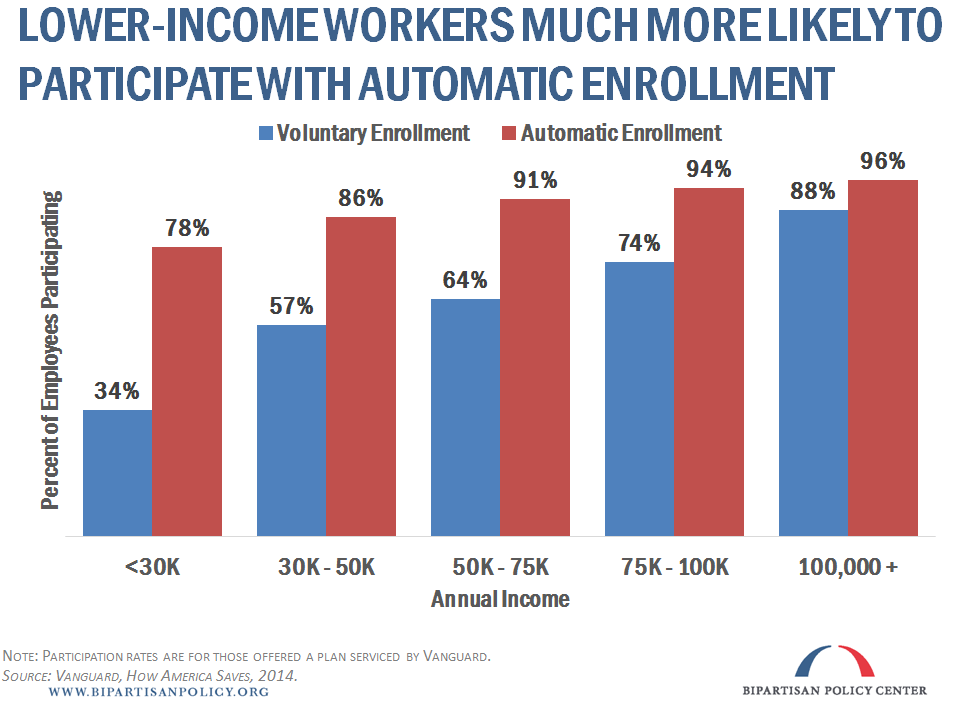 The Illinois law is one of numerous efforts to expand access to payroll-deduction retirement accounts, amidst concerns that many Americans are not on track to have sufficient savings for retirement. President Obama has included auto-IRA, a proposal for a similar requirement at the federal level, in his budget for several years, but it has not gained traction in Congress.

Several other efforts have been made at the state level to require employers that don’t currently sponsor a retirement plan to offer a payroll-deduction retirement account and automatically enroll their employees. Illinois’ is the second such proposal to become law. The first was in California, which also calls its plan Secure Choice. Implementation of the California plan, however, is contingent on the completion of a forthcoming market analysis and the passage of subsequent legislation. Because of this, the Illinois proposal will likely be the first one implemented.

A Diversity of Risks: The Challenge of Retirement Preparedness in America