What is the H-1B Visa Program?

The H-1B visa program was created in 1990 to allow U.S. employers to file petitions for foreign guest workers with a bachelor’s degree or higher to fill positions in specialized fields. Under current law, 65,000 H-1B workers can be admitted each year. There is an additional allotment of 20,000 visas for foreigners who received an advanced degree from a U.S. higher education institution. The H-1B visa is frequently referred to in the media as a “tech visa”, as in this New York Times piece on how the “Hire American” executive order would affect the program. While a large share of H-1B visas are, in fact, awarded to workers in computer-related occupations, this paints an incomplete portrait of who is using the program. As we at the Bipartisan Policy Center have previously written, the H-1B visa program has been a source of controversy over its impact on American employment and wages. The program is the subject of several pieces of reform legislation introduced this Congress, in addition to President Trump’s “Hire American” executive order.

What Occupations do H-1B Workers Fill?

According to a United States Citizenship and Immigration Services report, approximately two-thirds of the more than 275,000 H-1B workers in the United States were employed in computer-related occupations in fiscal year 2015. Most of these workers were employed either as systems analysts or as computer programmers. This leaves over 90,000 other H-1B workers employed in non-tech industry occupations. The second largest category of H-1B workers (around 8.7 percent) are those employed in architecture, engineering, and surveying. Other leading categories include those with occupations in administration (6.7 percent), education (5.5 percent), and health and medicine (4.2 percent). Calling the H-1B visa purely a “tech” visa is a misnomer, given the variety in employment categories of the program’s beneficiaries. A full listing of the occupations covered under the H-1B visa can be seen in the USCIS report.

Calling the H-1B visa purely a “tech” visa is a misnomer, given the variety in employment categories of the program’s beneficiaries.

What level of education do H-1B workers have?

How much are H-1B workers paid? 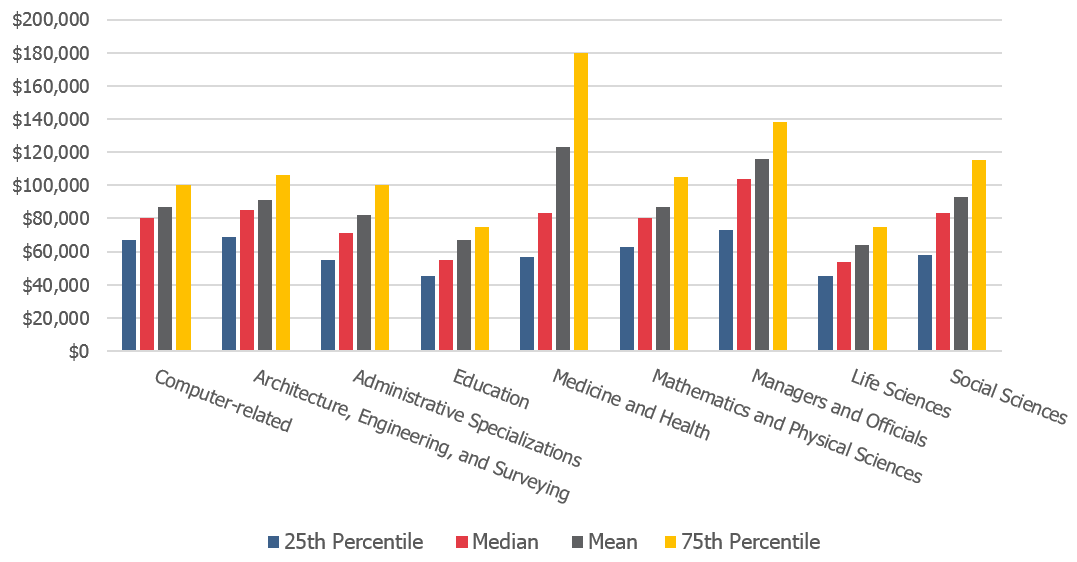 What countries do H-1B workers come from? 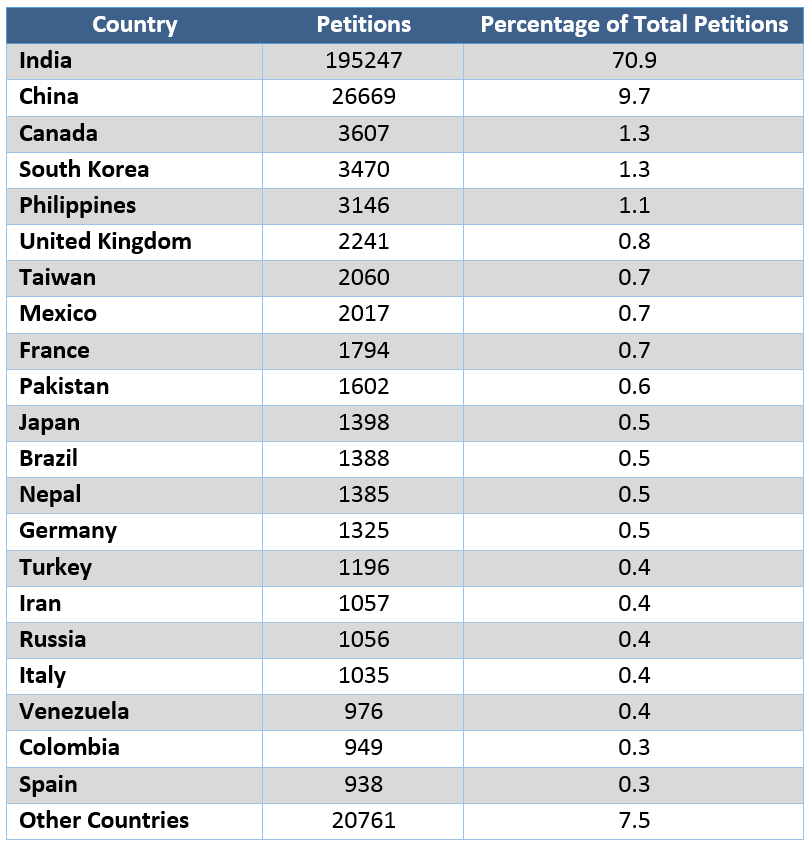 The H-1B serves a much broader base of U.S. employers beyond the tech sector, and it would be unfair to categorize the visa as a tech visa.

The H-1B visa has been a key factor in ensuring U.S. firms have the workers they need to remain competitive in a global economy when the domestic labor supply may not be able to fulfill needs. The majority of H-1B visas each year are granted to large IT service firms like Tata, Infosys, Wipro, and Cognizant. However, firms from a wide variety of industries utilize H-1B workers. In addition to tech giants like Google and Facebook, users of the program include Caterpillar, Walmart, JP Morgan Chase, and the Mayo Clinic. Although a large share of H-1B workers do have tech-sector occupations, the H-1B serves a much broader base of U.S. employers beyond the tech sector, and it would be unfair to categorize the visa as a tech visa. The diverse nature of the H-1B program is frequently ignored in reporting and debate on the program. Taking into account the occupational sector, wage, and country of origin considerations of the H-1B program is necessary for producing evidence-based reporting and evidence-based policy.