The promise of a federal infrastructure package has yet to fully materialize, but it has retained one constant: it will, in some capacity, seek to leverage private capital through public-private partnerships (P3s). But several other crucial details remain unanswered. Most importantly, what types of infrastructure are we talking about. Speculation usually focuses on infrastructure like roads, bridges, rails, and pipes, which are predominantly owned and operated at the local and state levels. On the other hand, how will such a plan address the massive and very different portfolio of federally owned infrastructure. This includes national parks, the air traffic control system, inland waterways, dams, and a variety of buildings, which total 496,000 structures. These structures range from agency buildings to military housing and post offices. While Congress and the administration tout leveraging P3s to modernize infrastructure across the country, what is stopping them from leading by example? The answer is simple: budget scoring rules.

The federal budget is governed by a distinct set of accounting rules that dictate how expenditures are recorded on federal balance sheets, including how contracts and leases are scored. For its portfolio of federal property, the General Services Administration (GSA), the federal government’s landlord agency, could benefit from utilizing P3s, such as lease-purchase agreements, that is, where the lease structure for a building includes higher rents in order to finance its purchase over time or at a discounted “bargain” rate at the end the lease term. However, according to budget rules, namely the Office of Management and Budget’s Circular A-11, leases that result in government ownership are treated as “capital leases” instead of operating leases, meaning all costs must be scored in an initial one-year period. Rather than spending $10 million each year for 30 years on a building’s lease, for example, the entire $300 million would need to be accounted for and appropriated by Congress on day one.

While the new infrastructure package will aim to leverage public-private partnerships, this scoring rule prevents federal agencies from pursuing similarly innovative options to address the modernization needs of its own infrastructure, while encouraging wasteful spending on short-term leases with no equity to show for it. This scoring barrier is perhaps best exemplified by the Department of Transportation’s headquarters.

When the Department of Transportation was created in 1967, it was headquartered in a leased building in Southwest D.C. (after spending three years residing in the Federal Aviation Administration building) with offices scattered around the region as the agency grew. In 1973, DOT moved a few blocks north, to consolidate those offices in a centralized location. But over the years, the building once again grew too small to house all DOT personnel. In the early 1990s, DOT began considering another change, with its now-aging headquarters feeling cramped and in disrepair. 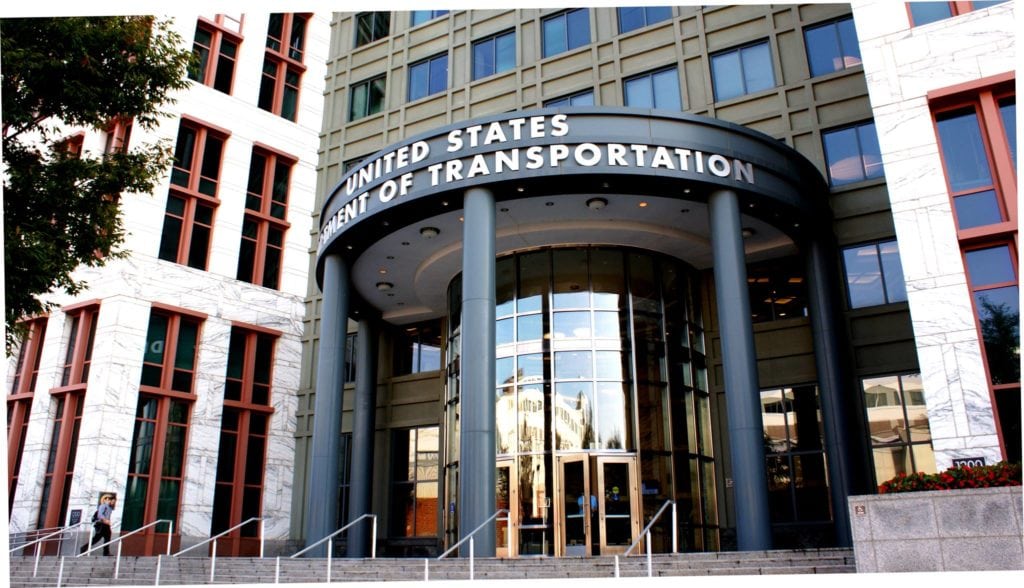 Negotiations for a new building started in 1991 and dragged on for eleven years. After several requests for appropriations to cover the costs of construction were shot down by Congress, a 1996 report found that a capital lease with a purchase option at the end was the next best solution, but that an “operating lease” may be necessary to circumvent the scoring hurdle and act as a budgetary bridge to ownership. In 2002, GSA reached an agreement with the JBG Companies, which stipulated that GSA would sell 11 acres o­­f federally owned land to JBG for $40 million, explicitly for the development of a new DOT headquarters and an accompanying parking garage. JBG constructed the building and, upon completion, GSA leased the space under a 15-year operating lease, with the option to purchase it at fair market value at the end of the lease. Notably, had the purchase option been at anything lower than fair market value, the lease would have been scored as a capital lease. In 2006, DOT took occupancy in its new headquarters at 1200 New Jersey Avenue, SE, in Washington. The building is now home to over 5,000 DOT employees, and DOT is the only cabinet level agency with its headquarters in a leased facility.

By 2016, DOT’s annual lease payments totaled $64.5 million, including $50.2 million for the lease, $12.6 million for property taxes, and $1.7 million for the parking garage. On average, GSA’s federal tenants stay in their leases for 27 years. DOT’s initial 15-year lease is set to expire on October 19, 2021. The original lease agreement stipulates that, by October 18, 2018, GSA must renew the lease for another 10 years, exercise the purchase option for the property at fair market value, or try to negotiate an option outside of the lease terms. However, a new baseball stadium for the Washington Nationals opened shortly after DOT moved to its current location, bringing with it a flood of commercial and residential development in the neighborhood. An area that was once described by the Washington Post as, “a hodgepodge of cement plants, fuel tanks, junkyards, and low-income neighborhoods” is now one of the fastest growing neighborhoods in Washington. Real estate value in Navy Yard has risen by 41 percent since 2009 and the neighborhood ranks as the nation’s fifth-busiest for apartment construction. In all likelihood, DOT’s rent for the building will substantially increase if it opts to renegotiate its lease next year, and if DOT opts to purchase the building, the fair market value will likely be much higher than it would have been back in 2006.

GSA often relies on operating leases because federal budget rules, specifically, OMB Circular A-11, allow the lifetime costs of an operating lease to be dispersed annually, through annual lease payments, as opposed to scoring the lease contract, in its entirety, as an upfront cost. Even though operating leases may be more costly in the long run, through this quirk in federal budget and accounting rules, operating leases generally appear as a cheaper option. For example, the GSA’s 1999 proposal of a $294 million construction approach for DOT’s headquarters would show up entirely in the first year, whereas the operating lease only scores as one year’s lease, approximately $50 million. Those in favor of this lease noted that it gave the government flexibility to opt out if DOT underwent any operational changes. But the same agency that is looking to promote infrastructure P3s around the country is unable to effectively use a P3 for its own headquarters. Congress should encourage long-term partnerships with the private sector to deliver federal infrastructure.

At the end of the 15-year lease, with an average lease payment of approximately $50 million, the government will have spent $750 million to rent a building that only cost $326 million to construct and will be left with no equity to show for it and no ability to purchase it at a bargain price. While it is important for long-term government obligations to be reflected on agency balance sheets, the current rules are needlessly wasting taxpayer dollars. Congress and the administration should encourage?through, for example, an amendment to the OMB circular or a targeted pilot program, long-term partnerships with the private sector to deliver federal infrastructure.

The Public-Private Partnership Challenge in the US