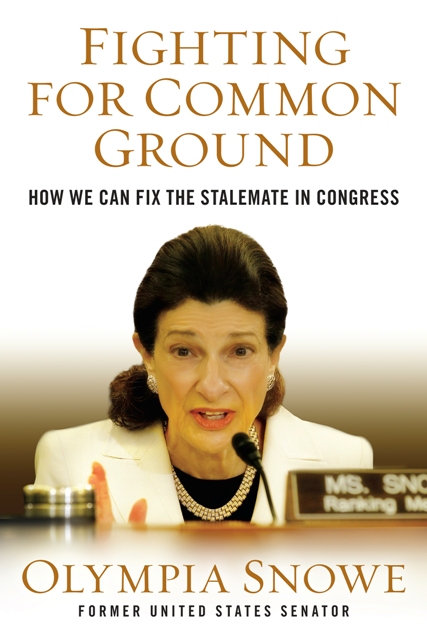 Former Senator Olympia Snowe (R-ME), who recently joined BPC as a Senior Fellow, will release her new book Fighting for Common Ground: How We Can Fix the Stalemate in Congress on Tuesday.

Next week, the Bipartisan Policy Center (BPC) will also be launching a new and related effort as part of its Commission on Political Reform. The commission was launched in March to investigate the causes and consequences of America’s partisan political divide and to advocate for specific reforms to improve the political process.

Senator Snowe and former Secretary Dan Glickman, both co-chairs of the commission, will be encouraging Americans to become Citizens for Political Reform. This new movement will give citizens an opportunity to support leaders who show the courage and the independence to work across the aisle and get things done.

Stay tuned as Senator Snowe kicks off the effort on this Sunday’s ABC This Week and be sure to check back to BPC’s website for updates.