The fourth in a series of posts on the Budget Control Act.

Chris Hildebrand and Jacob Smith contributed to this post.

Washington’s efforts to spur growth thus far have been insufficient, yet, unfortunately, the prospects for further action seem dim. The markets seem to have taken notice, and have lowered their expectations. Even after rallying at the end of last week, the Dow Jones Industrial Average and the S&P 500 were still down approximately 6 percent since August 1st, erasing all of their gains from 2011; and the yield of 10-year Treasuries was down to 2.29 percent, or an estimated real rate of just 0.06 percent.

A variety of recently released economic indicators suggests slower growth than previously anticipated, and even the possibility of a double-dip recession. U.S. manufacturing languished in July, stubbornly slipping from its June growth rates. Recently, the Bureau of Economic Analysis revealed that Gross Domestic Product (GDP) grew only 1.3 percent in the second quarter, and worse, GDP growth in the previous quarter was revised downward from 1.3 percent to 0.4 percent. Furthermore, personal consumption has stagnated again, growing by only 0.1 percent in the second quarter (compared to 2.1 percent growth for the first quarter). 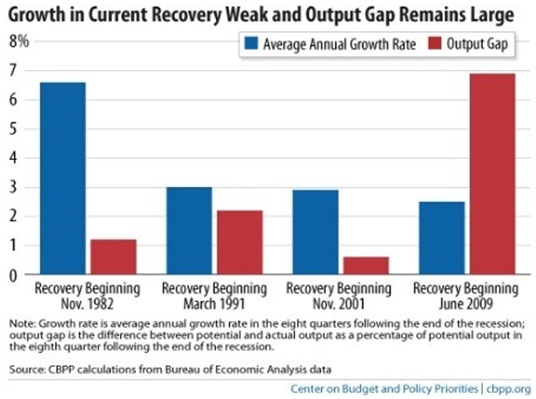 The economic recovery clearly is weak. Much of the focus in Washington, however, has been drawn away from our current economic woes by deficit concerns, which recently produced the Budget Control Act (BCA) as part of the debt ceiling compromise. Significant deficit reduction will be essential to the nation’s economic health over the coming decades, but many analysts worry about the potential contractionary effects of the BCA on this delicate economy in the near term. 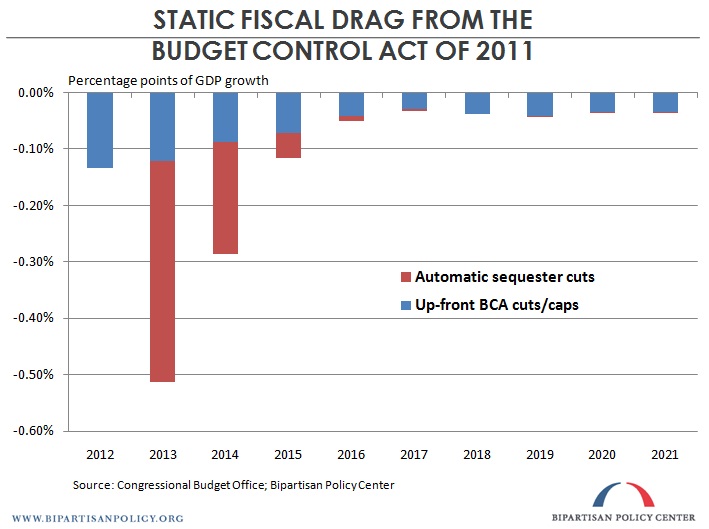 This is a valid concern, but data shows that the up-front cuts to discretionary spending likely are not significant enough to produce a serious fiscal drag. As illustrated by the graph above, the BCA’s $21 billion cut in fiscal year (FY) 2012 is projected to reduce growth (on a static basis) by only 0.13 percent of GDP. The impact of the caps on growth slowly declines thereafter.

A somewhat more alarming scenario is the potential fiscal drag that could begin in 2013 if the Joint Select Committee on Deficit Reduction (JSC) fails and the sequester goes into effect. An analysis by Macroeconomic Advisers (using corrected numbers ? see the table at the bottom of this post) indicates that the BCA’s automatic sequester cuts, in addition to the up-front discretionary spending caps, could subtract as much as 0.5 percentage points from FY2013 GDP growth. In contrast, the JSC could choose to recommend a significant deficit reduction package that is more back-loaded ? meaning that most of the savings would come in the latter portion of the ten-year budget window ? than the sequester cuts. These changes would have less of a contractionary effect on the economy in the next few years.

Additionally, deficit reduction likely would also have dynamic positive economic effects, particularly in the medium and long run, predominantly through an increase in national savings that would result in a larger capital stock. According to a recent report from the Congressional Budget Office, a package similar to the BCA could have a positive impact on real gross national product (GNP) a decade from now of around a full percentage point.

More troubling than the mild contractionary short-term effects of the BCA should be the fact that the legislation did not include any policies that will provide a near-term economic boost. To get the economy out of neutral, the country needs a strong growth-oriented agenda. The Debt Reduction Task Force recommended a full one-year Social Security payroll tax holiday in Restoring America’s Future, and while a much smaller version of this proposal was implemented for the current calendar year, it should be extended and strengthened for next year. The holiday would provide workers with an additional stream of income to help increase consumer demand and temporarily reduce business’ labor costs. Under CBO assumptions, the full tax holiday would create more than 2.5 million new jobs over two years.

To protect the recovery further, future deficit reduction (such as the package that hopefully will emerge from the JSC) should implement spending cuts and revenue increases gradually. Back-loading and slow phase-ins are needed to shelter the delicate economy, yet that sort of package can still provide the serious deficit reduction that is necessary. Unlike the debt-ceiling crisis, the long-term deficit problem cannot be resolved at the last minute; the solution entails a delicate strategy of enacting serious deficit reduction now, while boosting the economy and giving it time to recover before the savings arrive with full force.

But to be credible with the financial markets, future budget savings must be backed by a strong bipartisan commitment. The leaders of both parties must make clear that the budget plan will not be repealed in a moment of political one-upmanship, or should party control change.

Our sluggish growth and fiscal imbalance could not be clearer. We must both enact policies to spur the economy in the near term and to achieve entitlement and tax reform for solid deficit reduction over the medium and long run. If not now, then when? 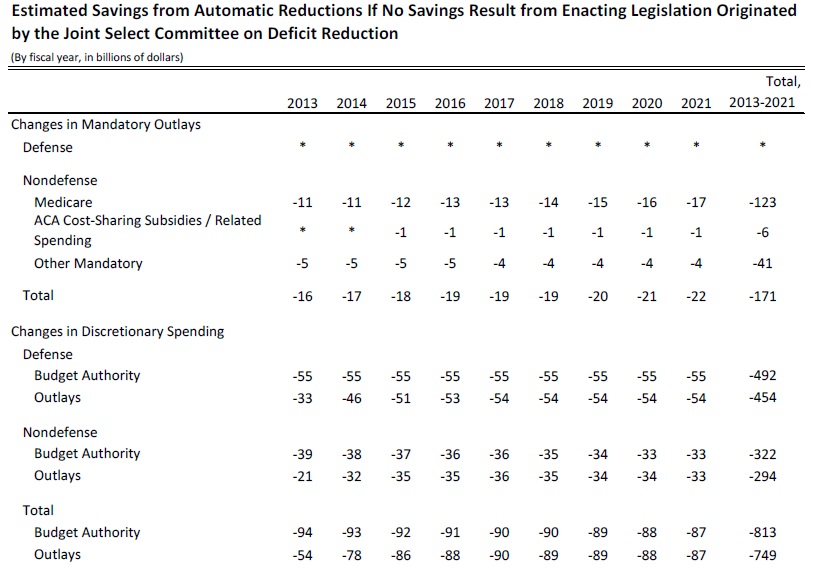 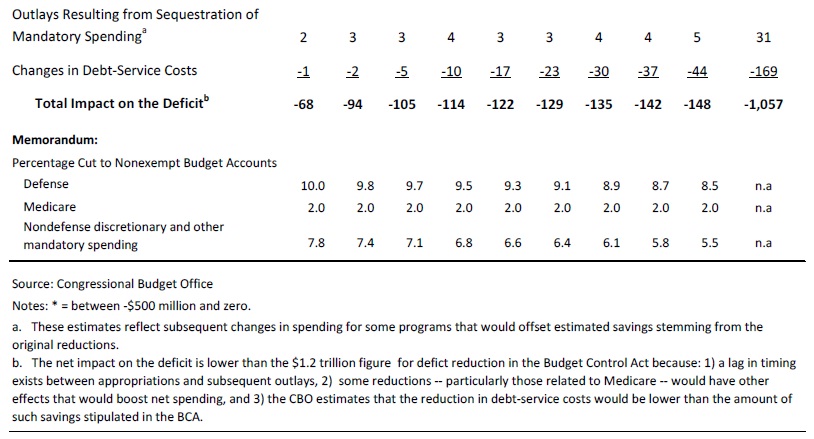