The long-term budget outlook released last week by the Congressional Budget Office (CBO) painted a bleak picture of the future of the federal budget if policymakers fail to act, but a closer look at their projections reveals that the real situation is even more alarming.

Under CBO’s extended baseline, deficits are projected to double from 3 percent of gross domestic product (GDP) to 6 percent, and the national debt held by the public1 will reach 103 percent of GDP?a level only reached once before in U.S. history?within the next 25 years.

The caveat is that this extended baseline assumes that current law stays as is?an incredibly optimistic assumption given historical precedent. Current law would require policymakers to allow supposedly temporary tax provisions (called tax extenders) to expire, and to allow discretionary spending to drop to unprecedentedly low levels, as required under the sequester imposed by the Budget Control Act of 2011. The odds of either outcome transpiring are low. Policymakers routinely renew these tax extenders, and are struggling to keep annual appropriations under the current sequester-level caps, levels that would drop by another 25 percent as a share of the economy by the end of the 10-year window under the current baseline. 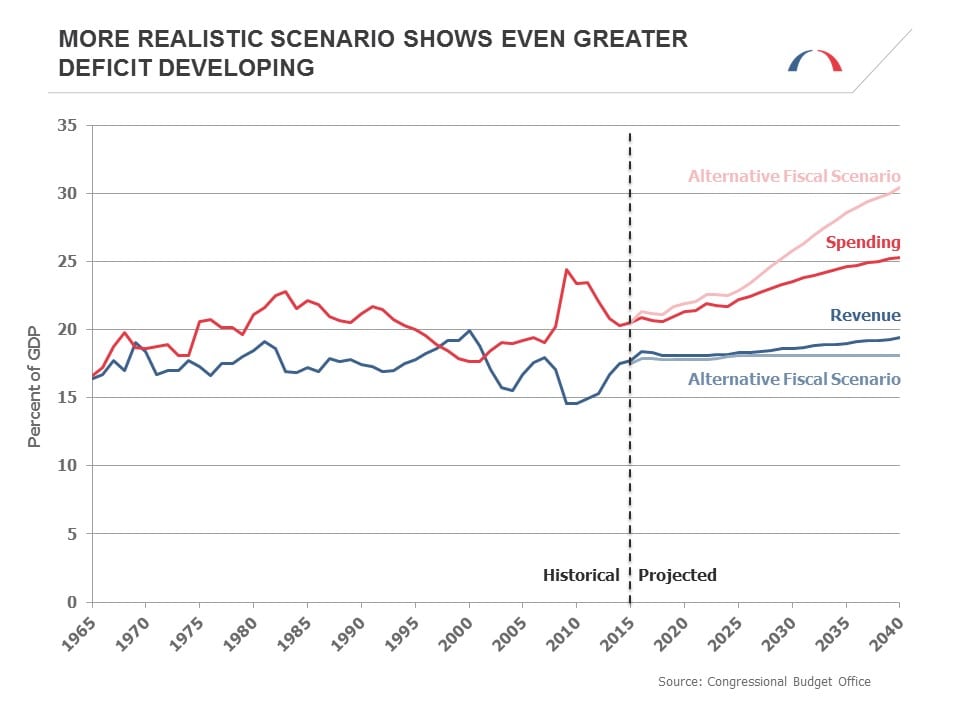 For this reason, CBO included an Alternative Fiscal Scenario (AFS) that contains assumptions more consistent with the historical norm. Under those projections, by 2040, deficits would be four times what they are today as a percentage of GDP and debt held by the public would grow to be 50 percent larger than the size of the economy. As the chart below shows, the extended baseline debt projections (which already dwarf average debt levels of the modern era) are significantly smaller than what would happen under the AFS. 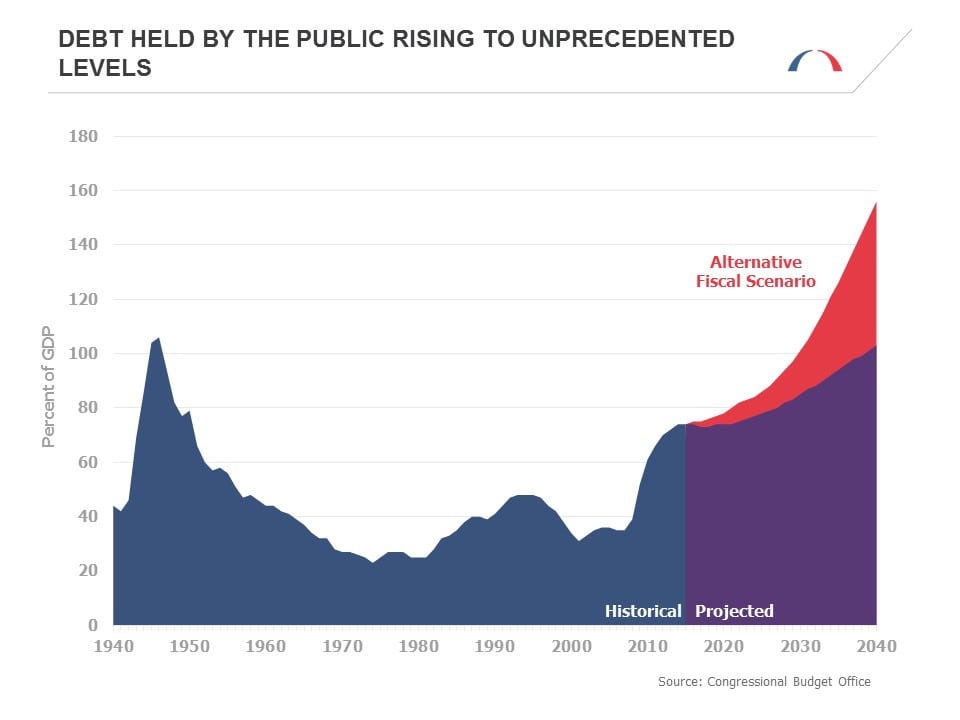 As debt grows to these dangerous levels, so too will the proportion of the budget necessary to service it. This year, the federal government will spend the equivalent of 1.3 percent of GDP on net interest costs. Under the AFS, that number would rise above 6 percent?nearly five times today’s levels?by 2040. Meanwhile, the effect of this debt on the economy at large would be to reduce per-capita gross national product ? a measure of overall economic performance which includes the same goods and services in GDP plus those Americans produce outside the U.S.?by approximately $6,000 in 2040 relative to what it would be if the debt were stabilized. CBO concludes that “such a path for debt would impose considerable constraints on policymakers and would significantly raise the risk of a fiscal crisis?and it would ultimately be unsustainable.” 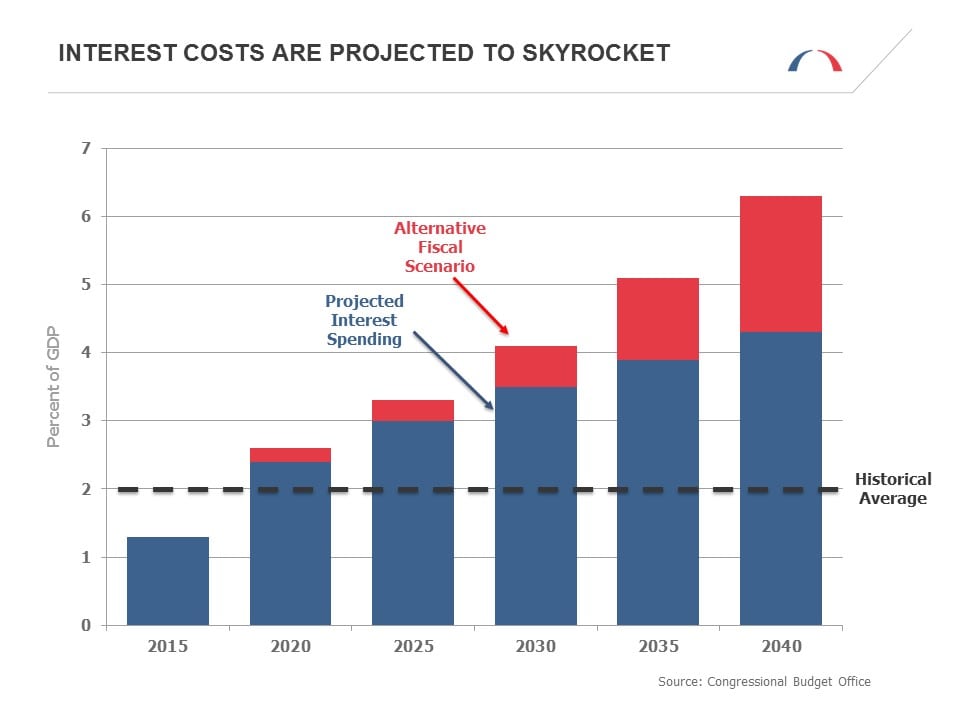 The clear takeaway is that policymakers must enact policies that rein in future growth of the national debt, and they should do so sooner rather than later. In recent years, self-imposed crises have resulted in Congress and the president trying to address our fiscal challenges through deep cuts to defense and domestic discretionary spending programs. We can’t afford to further cut critical investments in our future, such as scientific research or infrastructure, nor should we jeopardize our national security through imprudent restraint on defense.

Moreover, further reductions in discretionary spending cannot compensate for ever-growing entitlement spending or an inefficient tax code that fails to raise sufficient revenue. CBO projects that by 2040, spending on Social Security and federal health care programs?mainly Medicare, Medicaid, and exchange health plan subsidies?will rise by more than 40 percent relative to today’s levels as a percentage of GDP. The message from CBO is clear: only by addressing the growth of these programs and overhauling our inadequate tax code can we return our fiscal outlook to a sustainable track.