These trends of flat or declining petroleum consumption and crude oil imports are likely to persist. The Energy Information Administration estimates that U.S. petroleum consumption will remain below 19 million barrels through the year 2040, due in large part to continuing progress on fuel economy and alternative fuels.*** 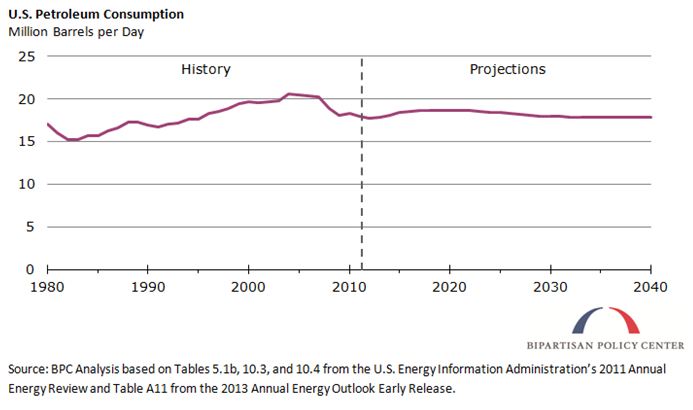 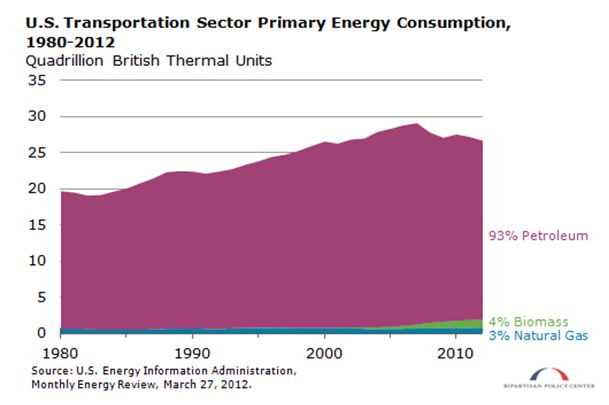 For decades, the most important policy-driven improvements in vehicle efficiency have been the federal corporate average fuel economy (CAFE) standard. One of the most significant policies to promote alternatives to petroleum-based fuels for the U.S. transportation sector has been the renewable fuels standard (RFS), which?in combination with other federal incentives?has brought significant volumes of ethanol into the vehicle-fuel market.

The implications of new automobile energy efficiency standards for domestic oil use are particularly profound when compared to the current level of oil imports. As the figure below shows, new fuel economy standards to be phased in between 2011 and 2025 will reduce oil consumption by an estimated 2.2 million barrels per day by 2025, which is more oil than net U.S. imports from any single OPEC country. 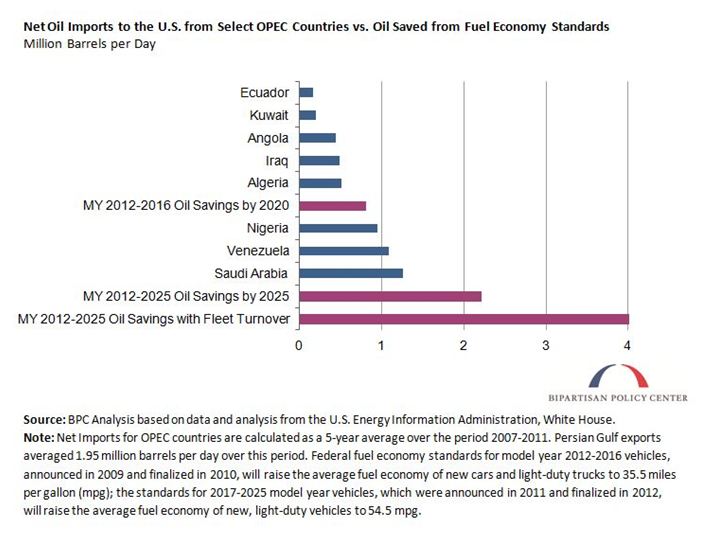