The statutory debt limit is scheduled to be reinstated on March 16, 2015. On that date, the Treasury Department will begin use of extraordinary measures to ensure that the government is able to continue to meet its financial obligations in full and on time.

Today, the Congressional Budget Office (CBO) revised its projection, now estimating that, in the absence of another increase to or suspension of the debt limit, the government will probably run out of cash in October or November. CBO had previously written that the government could run out of cash as early as September.

Over the past several years, the Bipartisan Policy Center (BPC) has developed its own debt limit projection model. BPC estimates that extraordinary measures and cash-on-hand will allow the U.S. government to continue meeting its financial obligations until sometime in the fourth quarter of 2015 (between October 1 and December 31). If policymakers do not act, the nation will reach the X Date, or the point at which Treasury lacks additional borrowing authority and does not have sufficient cash-on-hand to make all payments in full and on time. Extraordinary measures will likely last several months, much longer than the previous debt limit event in early 2014.

What is driving this change? 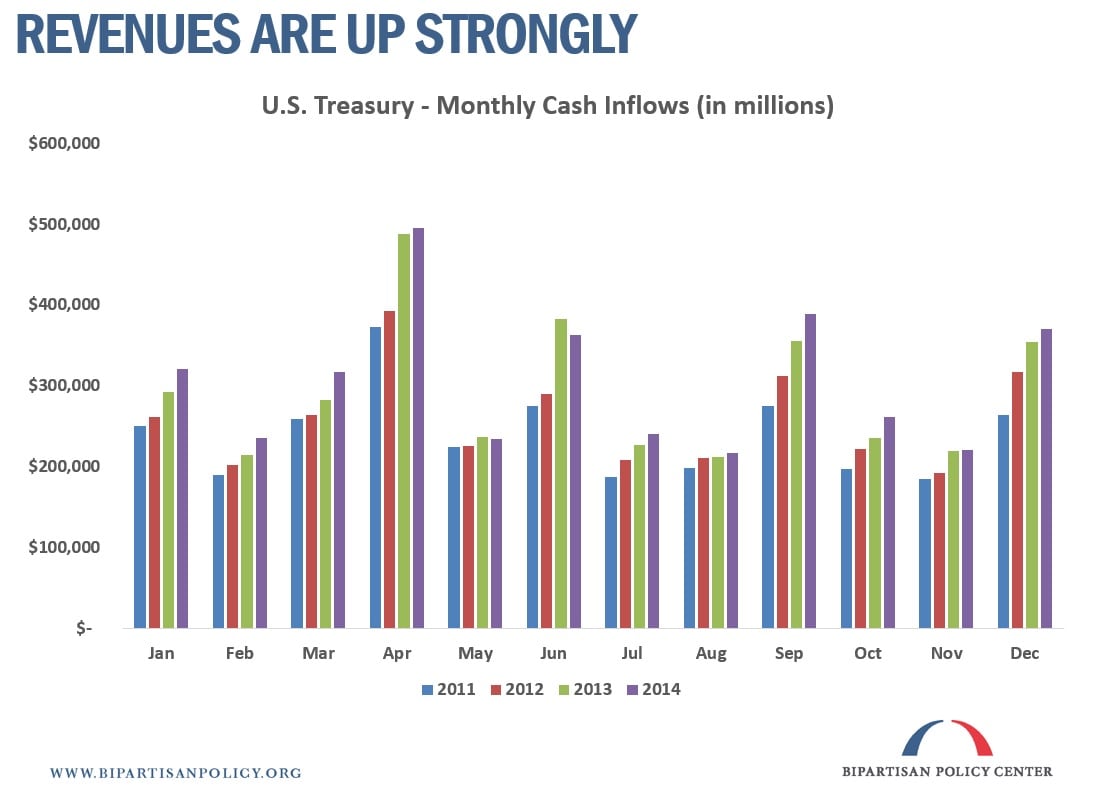 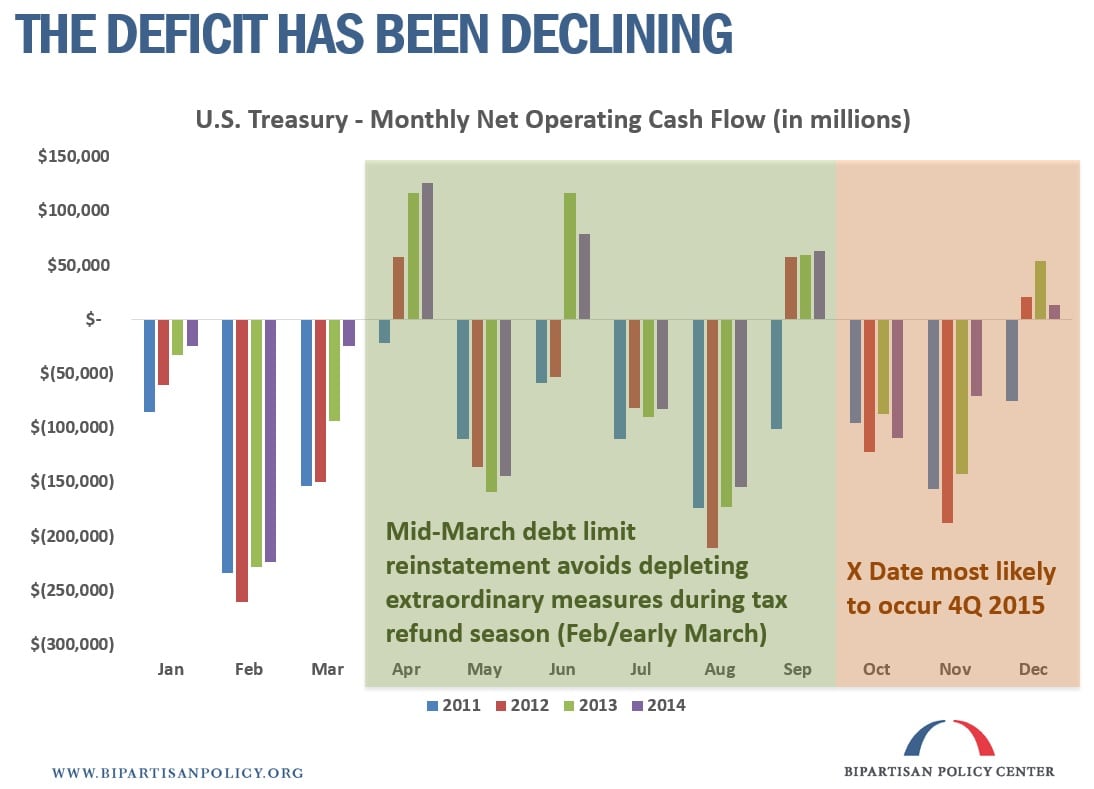 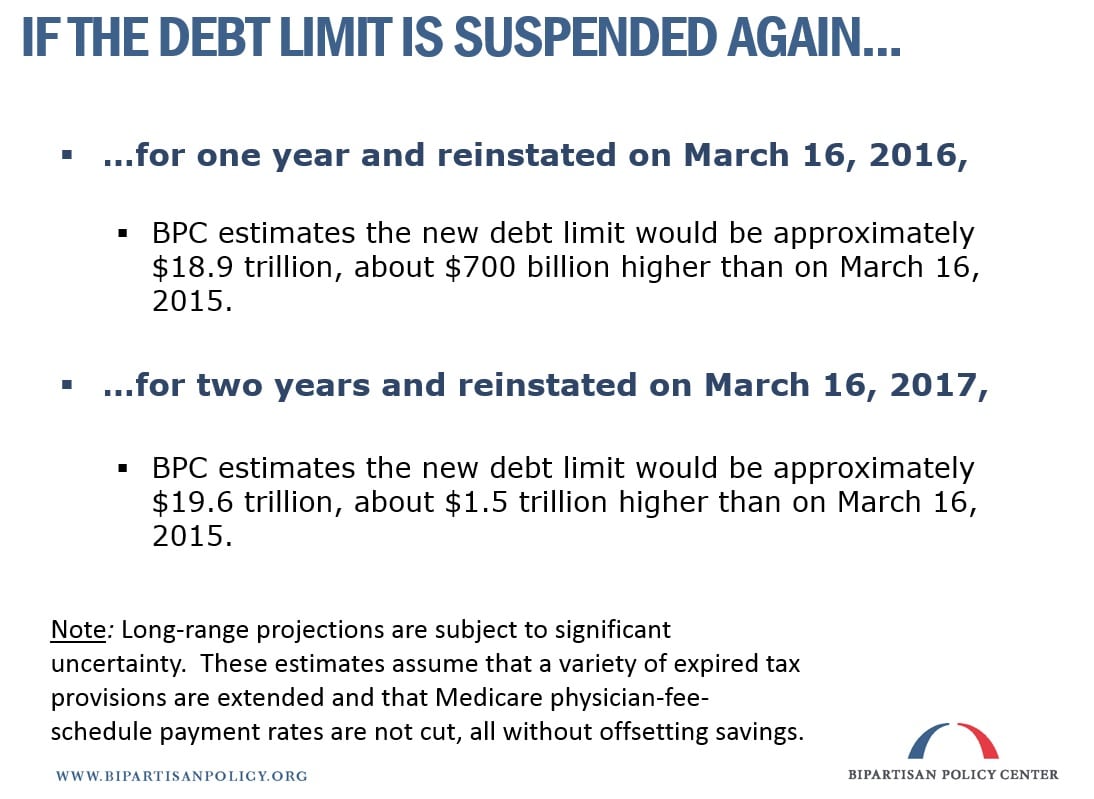 Government cash flows are volatile and projections are not certain, especially when there are many months of potential economic or policy deviations. BPC will continue to update its analysis periodically to incorporate the latest financial information and policy developments.

An Overview of the Debt Limit

What to do with the Federal Debt Limit? Five Ideas