This marks the first quarterly installment of the Bipartisan Policy Center’s (BPC) Healthy Congress Index, which provides Americans with crucial metrics for evaluating this Congress’s ability to effectively legislate and govern and compares the results against past Congresses. 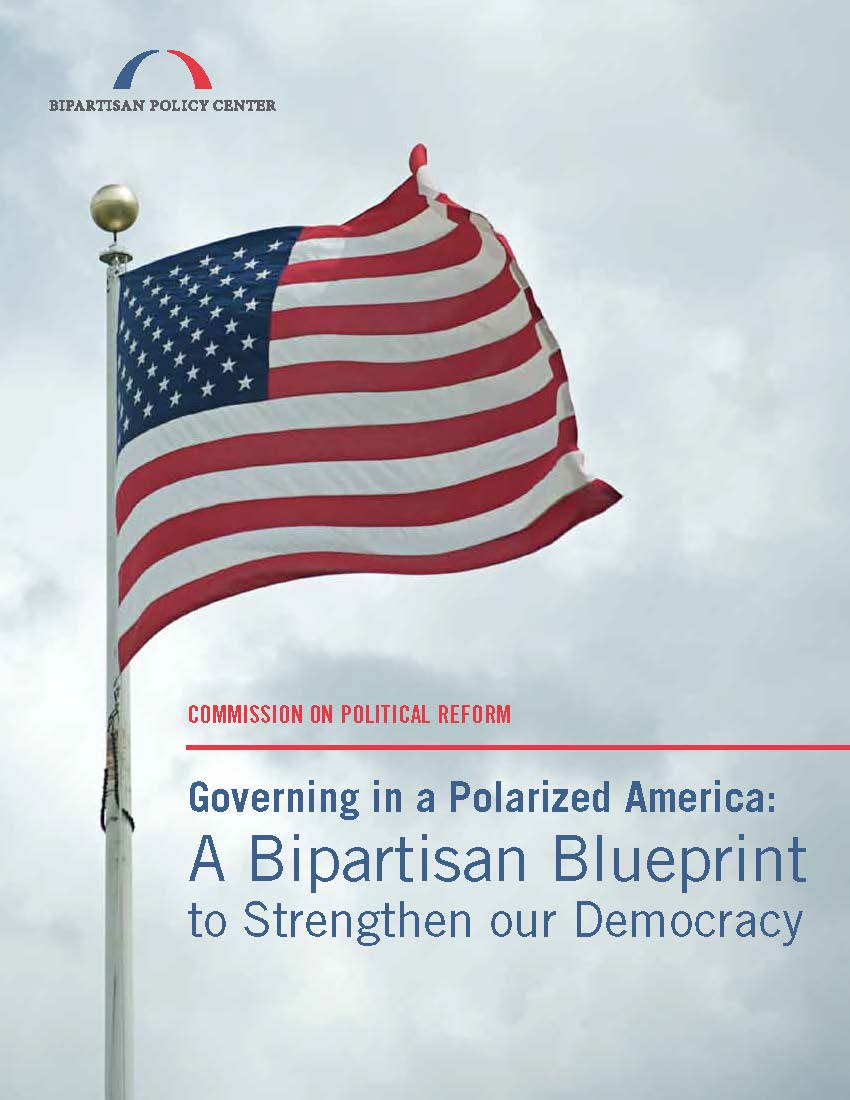 The criteria are based on recommendations released in June 2014 by BPC’s Commission on Political Reform, which was created to investigate the causes and consequences of America’s partisan political divide and present a plan to reinvigorate a political process that can work during a time of hyperpolarized politics.

The key measures of the index include: the number of days Congress spent on legislative business; how open the Senate was to debate and amendments; and how effectively the Congress followed regular order by allowing a substantial committee process, robust floor debate and resolving of House and Senate differences in conference committees.

The Commission on Political Reform recommends that Congress be in session conducting legislative business five days a week for three straight weeks followed by one week in recess. If adopted, the recommendation would translate to between 45 and 50 days working in Washington per quarter.

Congress has increased the number of working days in Washington, but it falls short of the ideal and of the performance of several recent Congresses.

The number of bills ordered reported during the first quarter of 2015 is still short of the number reported at this point during the 104th and 110th Congresses. The increase in 2015 over recent years and the relatively higher number of bills ordered reported by the same point during the 104th and 110th may be related to changes in party control of Congress; Republicans took over the Congress in the 104th and Democrats took over at the beginning of the 110th. In the last election, Republicans took control of the Senate, giving them control over both chambers and greater opportunities for passing legislation. Committees are now reconsidering legislation that may have passed the House last year but that was held up in the Senate.

A second index measure related to regular order is the type of floor debate processes that are offered. The first three months of the 114th Congress saw a large number of House bills receive consideration on the floor, but none of the rules governing debate were fully open to amendments, and only nine of 24 were structured rules, which allow only those amendments specified by the Rules Committee. The percentage of closed rules for floor debate, those that allow no amendments, exceeded all other recent Congresses included in this index.

Two measures of the index provide information about how much the Senate is debating legislation and allowing majority and minority party amendments.

A cloture vote is a vote to end debate and proceed to vote on a measure or amendment. In the first three months of the 114th Congress, the Senate saw a significantly larger number of cloture votes than at the same point during the previous two Congresses. A large number of cloture votes is not necessarily indicative of the minority party blocking the majority party. It is possible that the majority moves to a cloture vote quickly without much time on the floor used by the minority. It is also the case that there can be several votes for cloture on the same measure, as there were in the first quarter of 2015. But leaving these caveats aside, it is clear that in the first quarter of 2015, the Senate had difficulty bringing up for debate several important measures.

On the amendment process, this Senate in its first three months considered 202 amendments. This is the second-highest among the Congresses reflected in the index. Of those, the majority offered 97 amendments, and the minority offered 105 amendments. About three-quarters of these amendments were to the budget resolution. But even excluding budget votes, this Senate has allowed more votes on amendments than at this point during the previous two Congresses. And it did allow the most votes on a budget resolution than any recent Congress the index measures.

It is not enough to judge the performance of a Congress after the three months in session. The results of this edition of the Healthy Congress Index are preliminary. The Commission on Political Reform will follow up with cumulative reports each quarter through the end of 2016. Nonetheless, there are signs that Congress is slowly beginning to move in the right direction: more working days in Washington, more regular order and more amendments in the Senate. But there is still less positive news on the number of cloture motions and House bills debated under open rules.