This year, the federal budget deficit is on track to grow faster than the economy for the first time since 2009, according to updated projections published this week by the Congressional Budget Office. The deficit for Fiscal Year 2016 is currently projected to be $590 billion, a $56 billion increase from CBO’s most recent 10-year projection in March.

The change is the result of revenues being $87 billion below previous expectations, which are only partially offset by $31 billion in lower spending. CBO also reduced its projections for both revenue and spending over the next decade, due almost entirely to more pessimistic economic projections. 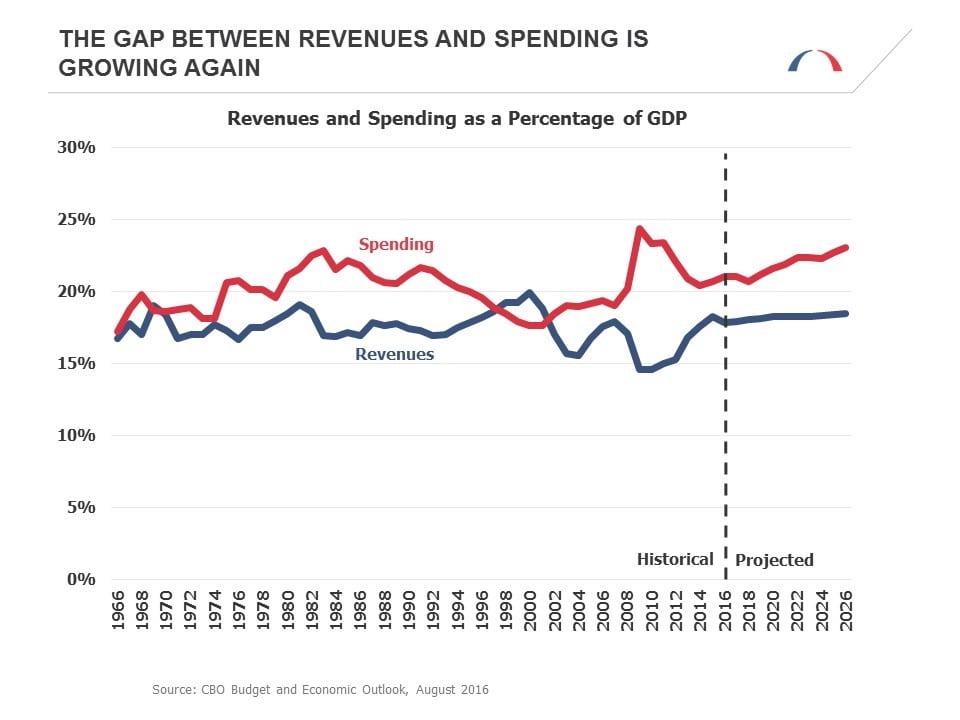 CBO’s latest report emphasizes the seriousness of the fiscal challenges facing the next president and Congress less than three months before Americans head to the polls. This year’s deficit is about one-third larger than last year’s, a trend that is expected to continue. Over the next decade, CBO projects that annual revenues will grow by $1.7 trillion from today’s levels, while annual spending will grow by $2.4 trillion over the same time period.

Although much of the growth in both revenues and spending is due to economic growth and inflation, the growing mismatch between the two is unsustainable. Moreover, of that $2.4 trillion in spending growth, 82 percent will be in mandatory spending programs, such as Social Security and Medicare, and interest payments. 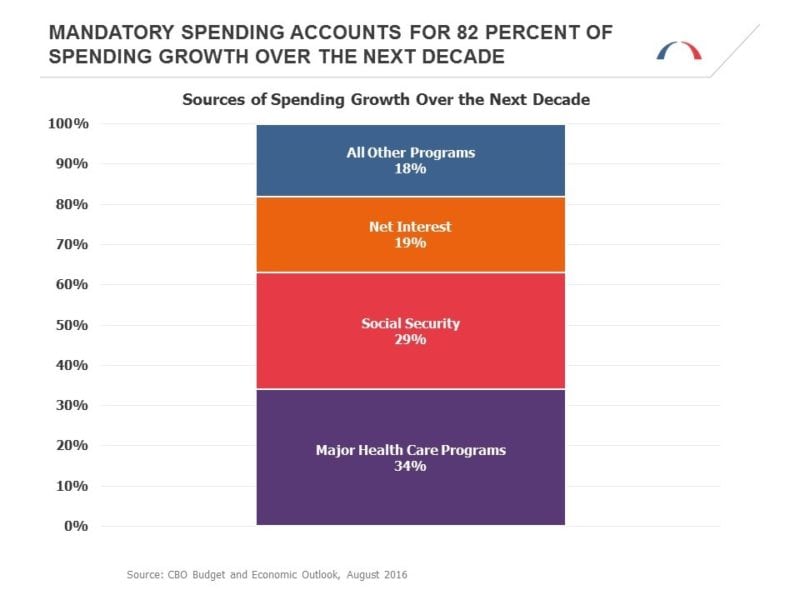 In fact, by 2026, such mandatory spending is projected to consume 96 percent of all incoming revenues. Beyond that point, almost every dollar that Congress wants to appropriate for either national defense or domestic priorities, such as infrastructure or scientific research, will need to be borrowed and added to the national debt. This budget squeeze is why policymakers must either reduce the growth of mandatory spending, raise revenue, or some combination of the two. 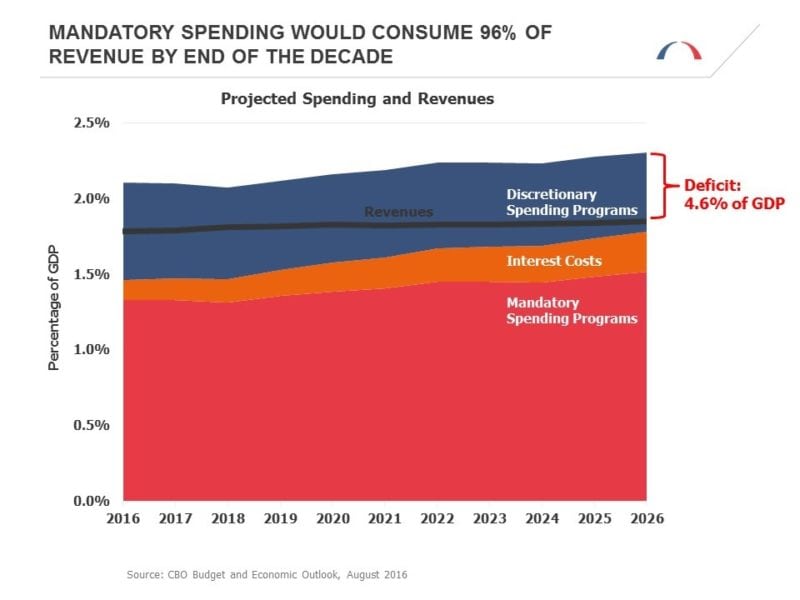 The debt problem accelerates rapidly just beyond the 10-year window examined in CBO’s latest report. While the national debt as a percentage of gross domestic product is on track to increase from 74 percent to 85 percent over the next decade, CBO’s long-term budget outlook, which was published last month, projects that it will exceed 140 percent within the next 30 years.

Yet because our ballooning debt is mainly driven by entitlement programs (and a lack of revenues to pay for them), policymakers must act sooner rather than later to allow time for policy changes to phase-in. Failure to do so would force policymakers in the not-so-distant future to implement sharp tax increases, abrupt reductions in benefits that people depend on, and/or the elimination of important investments in our nation’s future. All these outcomes must be avoided to ensure a strong economy for future generations.