The first installment of our “Agenda Setters” series kicked off last week before a packed house at the Bipartisan Policy Center. This new series features “policymakers who are notably shaping the policy debate and developing solutions to our nation’s biggest challenges.” Thom Tillis ? the newly elected Republican Senator from North Carolina ? was our first guest and the former Speaker of the House from the Tar Heel State did not disappoint.

The senator spent about 30 minutes describing his policy priorities, legislative philosophy and areas that are ripe for bipartisan solutions. President Ronald Reagan had a rule that explains in part how he was able to be such a successful leader: my 80 percent friend is not my 20 percent enemy. During our session, Senator Tillis indicated that in today’s environment, a senator has to be even more tactical. Describing his meetings with seven or eight Democratic colleagues, Tillis noted, “I’m absolutely convinced that on 80 percent of the issues we disagree, but there were some things that I thought could provide the basis for us working together.” 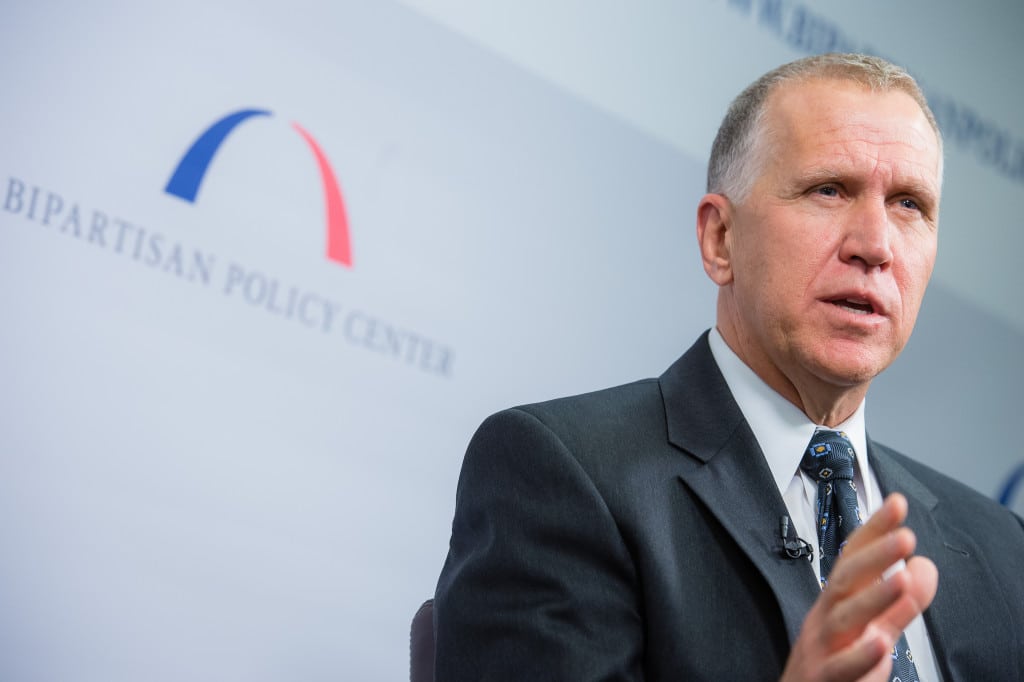 In other words, for Tillis, a 20 percent friend is not an 80 percent enemy. Senator Tillis’ point was not a concession to “centrism.” Rather, it’s simple math. The new Republican majority does not have the 60 votes it needs to advance a purely partisan agenda. Moreover, in my experience at BPC, once people actually begin to work together, that 20 percent begins to stretch ? at least a bit.

At our forum, Senator Tillis demonstrated independence that is necessary to make good on this promise. While promoting many ideas from regulatory reform to trade promotion authority that fit squarely in the Republican agenda, the senator also noted “there’s something to be said for increased transparency and disclosure [in campaign finance.] On BPC’s Commission on Political Reform, campaign gift disclosure is the one idea that enjoyed broad ideological support. Senator Tillis’ openness to this discussion is encouraging.

BPC will be keeping a close eye on Senator Tillis as he employs his 20 percent rule. I look forward to more engaging conversations with leaders who are in a position to shape the national agenda.