In case you missed it, here’s what they’ve been saying about BPC this week

Joe Scarborough: “I used to see you and Trent Lott on “Meet The Press” and you would scratch and snarl and attack each other and say the most horrible things. Then, like two professional lawyers, walk out of there and be friends.” Trent Lott still considers you a good frind. At what point in the Senate did you stop being able to disagree with somebody without being disagreeable?”

Tom Daschle: “We installed a hotline, Joe. I think that really made a difference. We called each other when we had a temper tantrum and picked up the phone. We knew if that phone was ringing, it was him on the other line. That made a big difference. We created a communication agreement that allowed us to get though tough times.”

“Congress is no different than any other organization, if people don’t get along, then you get dysfunction,” Glickman said. “Basic principles of just human interaction are if you don’t like each other and you distrust each other, that is a recipe for an unproductive life.”

For men like Glickman and Lott, the problems of Congress are deeper than whether they dine, drink and hang out with each other.

The fact that California is only a five-hour flight from Washington means that members can easily get into town on a Monday and head out by Thursday night, leaving no time to socialize.

“When I first came to Washington, members had six roundtrip air tickets paid for,” Lott said. “Now it is unlimited, you can use whatever part of your budget on airfare.”

Andrew Taylor for the Associated Press:

“The measure would suspend the $16.4 trillion limit on federal borrowing through May 18, allowing about $450 billion in new debt to be added to the federal ledger, according to an estimate by the Bipartisan Policy Center.”

“The Bipartisan Policy Center estimates the amount of the debt limit increase will be about $450 billion.”

“I think we’re going to have” the cuts “for some period of time, and I think the squeals from constituents will compel some compromise that will emerge in the second half of March,” said Steve Bell, economic policy director at the Bipartisan Policy Center and a former Republican Senate Budget Committee staff director.

“The idea that the public getting comfortable with that messiness is really going to be another part of the political cover that’s going to be required in order for Congress to have the opportunity to make the uncomfortable agreements that will be necessary.” 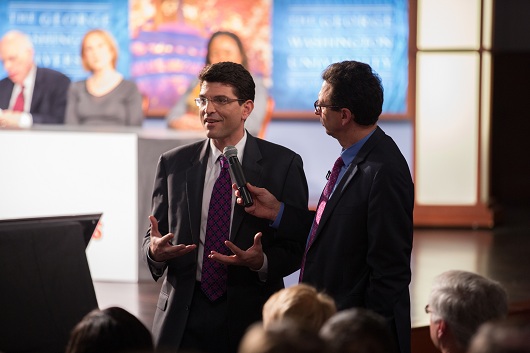 Steve Bell, of the Bipartisan Policy Center in Washington, D.C., worked on Capitol Hill for 39 years, on and off, much of that time as a top aide on the Senate Budget Committee when Republicans were in charge. He’s still in touch with people in Congress.

Asked in an interview how much his Hill contacts reacted to news that a 22.2 percent drop in defense spending led to the U.S.’s fourth quarter gross domestic product shrinking by 0.1 percent, Bell said:

“Not much. There is a sense of resignation among many members on the Hill. The pro-defense people have kind of lost momentum. The big deficit hawks have gained momentum. And the general, not a majority yet, but certainly a strong minority consensus is: ‘Let the sequester occur. It’s the only spending cuts we’re ever going to get out of this entire mess from the last four years.’ And I think that idea is gaining momentum. It is beginning to make the defense hawks deeply concerned.” 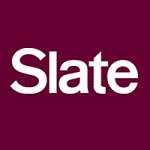 “What’s the economic impact going to be? In the short term, it will be pretty severe. Goldman Sachs’ Alec Phillips thinks we could see almost a full percentage point cut off growth in the second and third quarters of GDP. The most visible initial impact will be civilian layoffs at the Pentagon and furloughs at defense contractors. Other impacts will be a bit harder to see. A nearly 10 percent cut in Section 8 housing assistance vouchers, for example, won’t directly lead to layoffs. But the hardship inflicted on low-income families will mean reduced sales for the businesses they patronize with downstream consequences. All told, the Bipartisan Policy Center thinks full implementation could lead to a million fewer jobs next year.”

“Before it was often thought that you would give the president the choice as long as it was within a certain range of acceptableness. Today, many, many people from the opposition party oppose a lot of nominations,” said John Fortier.

“The U.S’s Bipartisan Policy Center said just as much in a report it published last year about terroristic content online. The report said that the best chance of stopping terrorism online is to reduce the supply and demand for such content. Drawing attention to it, which CleanIT’s proposal may very well do, is only going to further the cause of those who use the Internet to recruit and communicate with other terrorists and ne’er-do-wells.”